Saving an eagle with rapid prototyping

In light of all of the sad news that has been echoing around the world from guns, violence and hate, here is an uplifting story that illustrates what happens when people around the world come together to help one another. This story is also rather timely as the 4th of July is just around the corner and the main character of this story is a bald eagle.

As we all know, rapid prototyping has been revolutionizing how we see the world, what we do and what we use. Rapid prototyped equipment has been crucial for conducting surgeries, restoring artificial limbs and making surgical procedures easier for both doctors and patients. Many animals at various zoo facilities across the globe too have been rehabilitated with the help of this technology, such as Bagpipes the penguin from New Zealand. Recently, one of our beloved patriotic aerial friends has received surgical help through rapid prototyping. At the College of Veterinary Medicine, a complex surgery was conducted on an eagle that would now ensure safer flights for him. 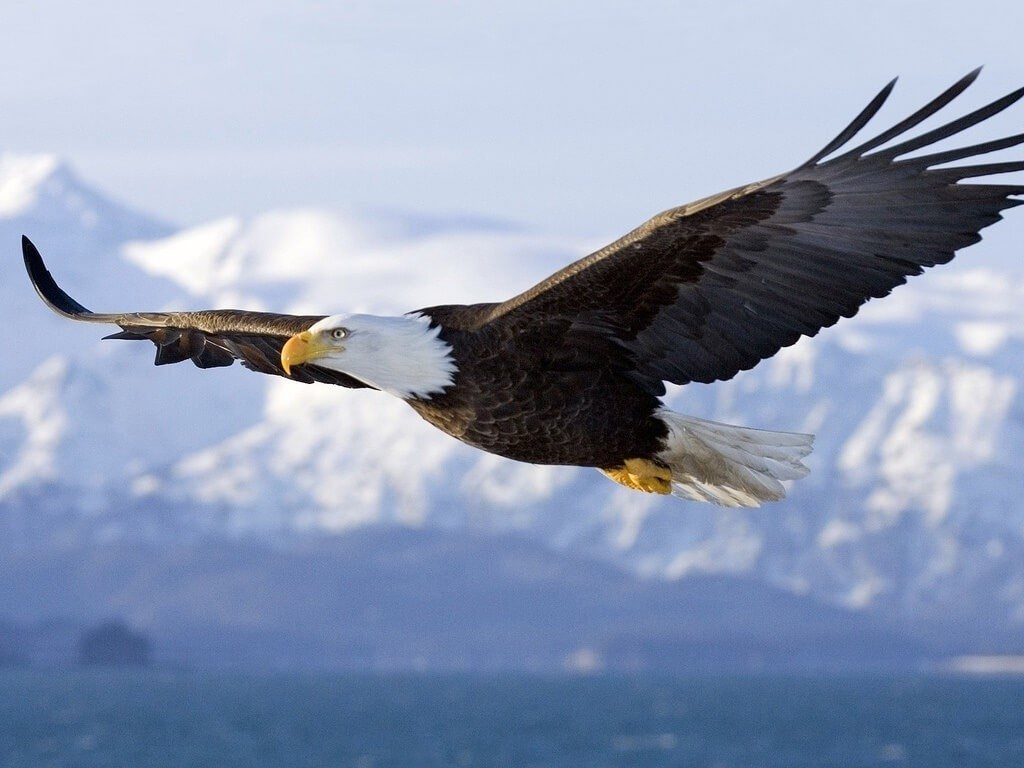 This complicated orthopedic surgical procedure was recently performed by College of Veterinary Medicine, receiving the assistance of College of Engineering at University of Illinois campus. A young bald eagle coming in from under the care of Wildlife Medical Clinic was operated upon on the 5th of May this year. The eagle underwent a surgical procedure lasting three hours in order to perform repairs on its left humerus. Months earlier, the poor creature was injured by a gunshot on its left wing which later had healed in a misaligned position. This had rendered the bald eagle unable to fly in a normal way all this time.

While engineers did not remain present during the actual surgical process, they helped to produce a life sized plastic model of the eagle’s right humerus, which is the healthy part, as well as the injured left humerus. With the help of these two rapid prototyped models, acclaimed avian surgeon Dr. R Avery Bennett was furnished with an exact replica, that acted as a reference for the correct realignment of the damaged bone. After a successful surgery, the eagle is recovering fast and will soon be ready to fly like before.

Just as the complications of the surgery, the procedure for preparing the rapid prototypes of the bone model was complicated as well. Dr. Stephen Joslyn, who is a veterinary radiologist consulting from Australia, processed a massive dataset obtained from the spiral CT scan of the eagle’s wing. This was done in the purpose of thresholding the data, i.e. telling the computer how to tell bone apart from ‘not bone’ from the information generated from the CT scan of the eagle.

Owing to the fragmentation seen in the injured bone, the rapid prototyping of the models did not yield a single, concrete shape from the printer output. Hence, Janet Sinn-Hanlon, a medical illustrator asked for the usage of better, more powerful software of her expertise to manually link and thicken the areas of the bone as required. Dr. Bennett reviewed this process, requesting that the good humerus too be printed out to act as reference and comparison material. Dr. Nichole Rosenhagen, a wildlife intern at the facility, helped facilitate communication among all the professionals working at different levels of the surgical process. She is in the process of completing her one-year internship as a veterinary doctor at the College of Veterinary Medicine, University of Illinois. 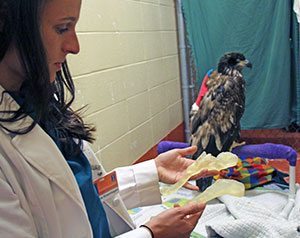 The real challenge was on the day before the surgery when the 3D printer queue was booked, even though the files were ready for the printing process. The director of technical services, Department of Mechanical Science and Engineering Ralf Moller is in charge of the Rapid Prototyping Lab facilities. He was the hero of the day as he arranged the models for printing and processing in one night, so that the surgical team had their models by the time the building opened early next morning. Denying the claims of heroism, Moller humbly stated that the department of Veterinary Medicine was a long standing customer, and the job was of utmost importance. According to the technical services director, the College of Veterinary Medicine and Rapid Prototyping Lab had been collaborating for a few years previously when Sinn Hanlon had some 3D printed teaching materials printed from the facility.

Radiologist and faculty at Illinois Dr. Joslyn also sent a lot of tasks to the lab including 3D models of turtle shells for educational purposes, bone models for aiding the treatment of different patients such as dog limbs, skull tumors and horse limbs. The horse limbs though, had to be printed smaller than the original due to the fact that the printer could simply not print out such large items. The output is only limited to a ten-inch cube structure.

Due to this history, the team provided rapid service in order to get the model of the eagle’s bones overnight. The bones of the bird were first sent to the printer as soon as the print queue was available, which was completed in around six hours. A small pressure washer was used in order to wash off the starch based material, which is used as a substrate supporting the plastic models. The bones were then dried and packaged for pickup. 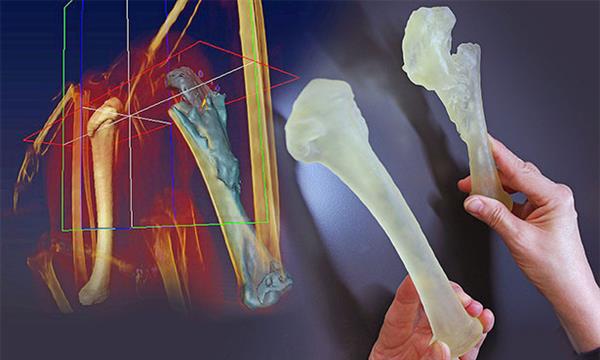 The next morning, the surgical team collected the bones so that Dr. Bennett could refer to the bone models of both the broken and healthy bones for the purpose of straightening up the bird’s humerus. After a meticulous surgery conducted on 5th May, the eagle finally had its humerus properly aligned and set.

The eagle, the hero of the entire operation, is currently in the process of recovery. The surgical team hopes that their patriotic friend and symbol can again fly without any bone impairments. Thanks to rapid prototyping, the eagle’s humerus has finally been mended so that it can rule the blue skies again.

We can all accomplish wonderful things, when we work together for the common good. We hope you enjoyed this story and it restores a little bit of your faith in humanity.