Rolling Into Rapid 2014 In Detroit With a 3D Printed Ride

The 3D printing community and the car industry alike are abuzz with Local Motors’ 3D printed car project scheduled for IMTS in Chicago next September, however, as much as the co-creative company’s project is fascinating as a way to gain a clearer understanding of what the future holds for car manufacturing, the fact of the matter is that you are not likely to be driving out of the dealership with your 3D printed-to-order car anytime soon.

That said, 3D printing in the car industry has been around for a long time, it is big, and it is getting bigger. Few companies know more about its real, practical potential in the short term than Crystal Lake, IL, based, C-ideas. You might remember them for last year’s 1927 Miller 91 race car model project – especially for the making-of video they shot where they detailed the use of FDM, Polyjet, SLA and SLS technologies. 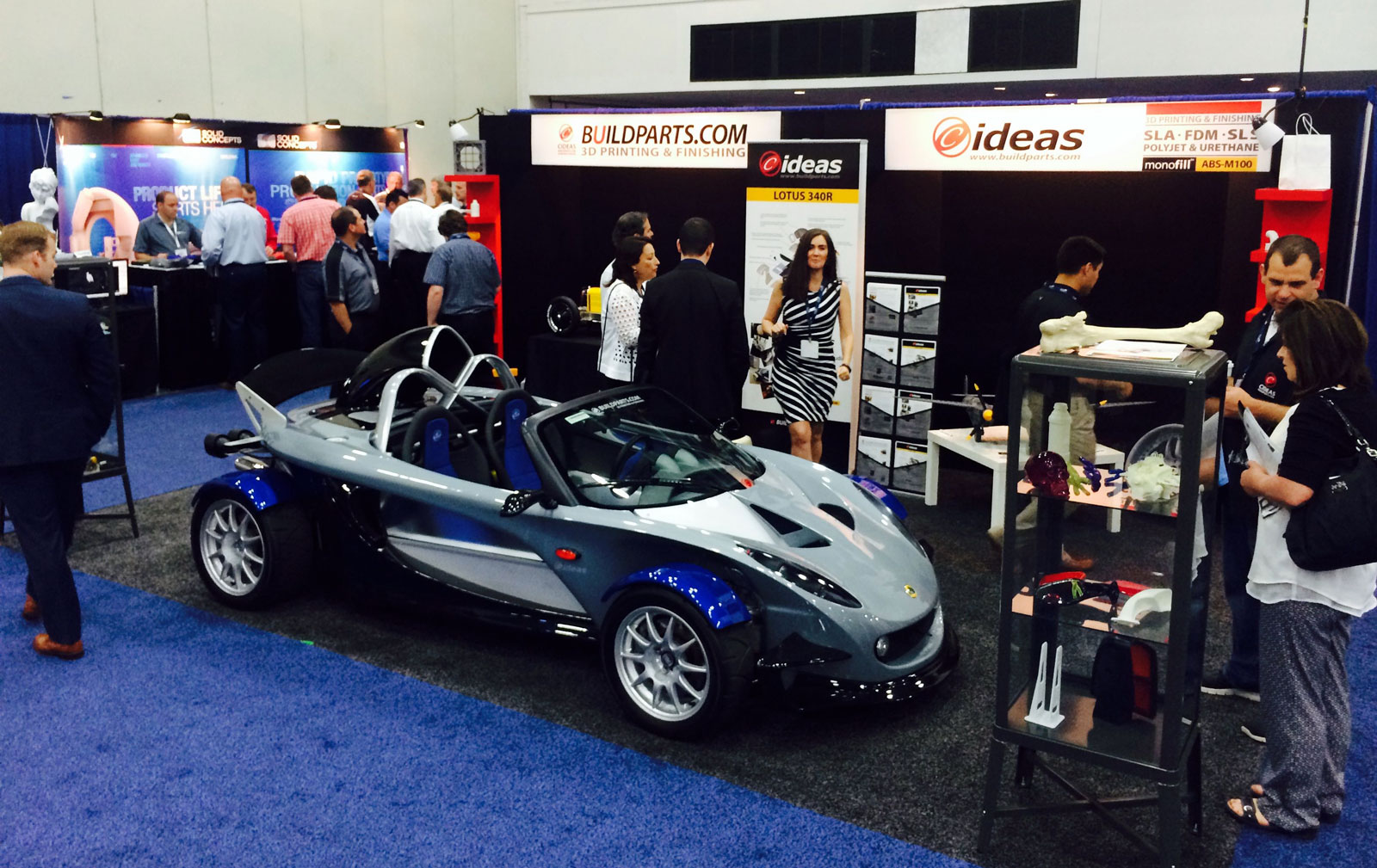 For the Rapid 2014 fair that just took place in Detroit they wanted to go a step further and show the potential of 3D scanning for reverse engineering and 3D printing of parts in rare or model vehicles. Low number series of aftermarket car parts is the hottest current area of growth for 3D printing in the automotive industry and the one that holds the most promise in the immediate future. 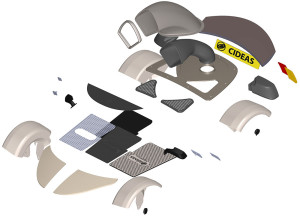 As a proof-of-concept, C-ideas President Mike Littrell decided to be the first 3D printing service bureau to roll into a trade show driving a real car with 3D printed final parts. “Our goal was to highlight the use of 3D scanning for reverse engineering of components for vehicles that are no longer produced,” Mike explained to me. “I came up with this project while on my way to the New York 3D Print Show”.

“After some thought we figured the perfect example would be a Lotus 340r full sized car. It is a 1998 concept made by Lotus that was so critically acclaimed the company decided to go into a very limited production – Mike said. “Only 340 were made worldwide and only 11 were imported into the US. As I was bringing the Miller 91 to the show I started calling every Lotus dealership on the way to find out if they had one and miraculously I found one on the very first try, from a dealer in Michigan”. 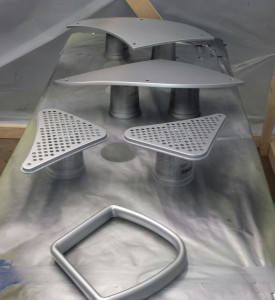 Mike had the car shipped back to Chicago and his team went to work on it. 3D Systems supplied their 3D Capture and Geomagic Studio 3D scanning and modelling system, to reverse engineer the parts that they decided to replace. In total 42 parts were 3D printed using mostly FDM, SLA and SLS technologies.

“Although experimental, everything Local Motors is doing is going to affect us and we are curious to see how their project will turn out,” Mike continued , ”Our own goal here is look at the more practical aspects of additive manufacturing, where someone could apply these technologies for the restoration or customization of older cars no longer in production or want to fix components that no longer exist”. 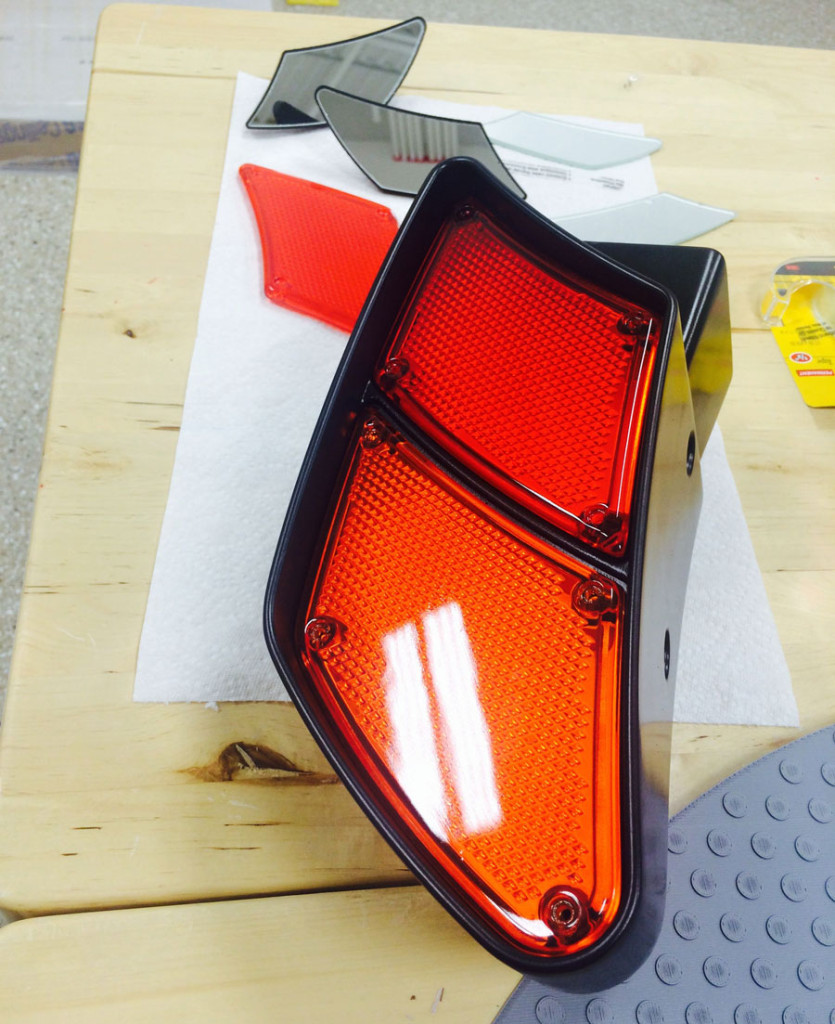 “For example there are parts in the front of the car that were built in fiberglass and would be subject to stresses, which made them crack at the edges. We captured the contour data with 3D Systems capture scanner. We were able to identify all idiosyncrasies to then re-build them in ABS while creating a rigid ribbing to reinforce it. So once they were finished they weighed half the original components. They are also no longer subject to cracking because the ABS has just enough flex to allow the car’s movements, while remaining structurally sound thanks to the ribbing”.

“Once we captured the contour curves of the rear bonnet – Mike continued – we actually created a fully functional, completely custom cold air intake system that integrated into the existing roll cage and feeds into the air cleaner. This would have been very difficult to do without the use of 3D scanning for capturing the complex angles, curves & mounting holes”. 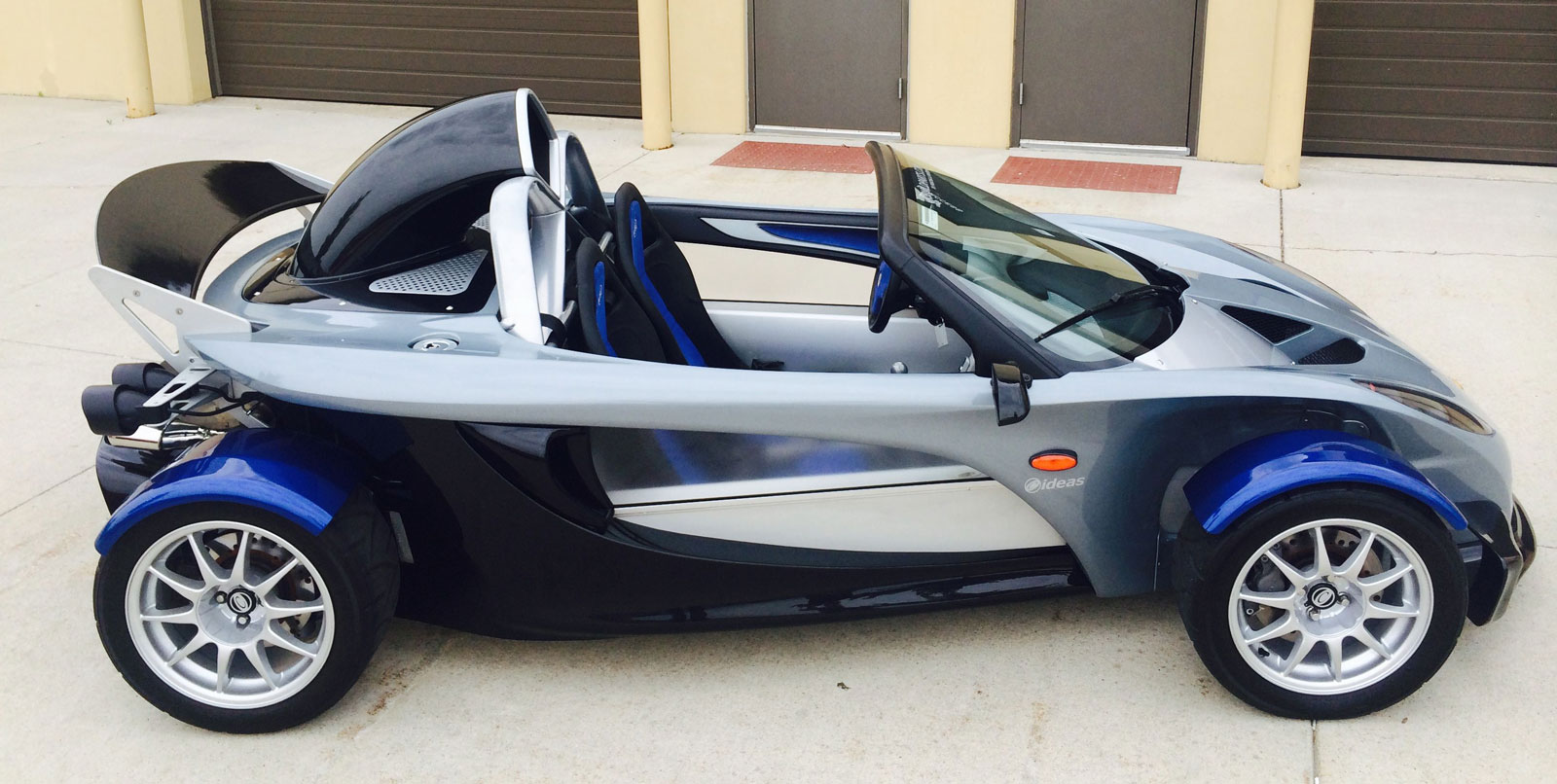 All this means that although 3D printing can do wonders for rare cars and unique models, it does not mean it should be used for everything in a car. (in fact, although the Local Motors Strati car will be mostly 3D printed it is not entirely 3D printed). To clarify the concept Mike told me they once had a request from a customer asking them how much it would cost to 3D print the bumper of his VW Buggy. “Unless it is one of five Buggys of that kind ever made it is much better to buy a used one”, Mike said. “3D printing one would cost around $5000, probably more than the car’s worth”.

At least not yet.