Besides participatory design, one of the other buzzwords for more creative work methods in project work engaging several parties and stakeholders has been interdisciplinary research and design – it has been popping up everywhere in academia as well as in the commercial world in the last few years. In short it means the collaboration between parties with different backgrounds regarding education or work history in common projects. Such cases often tend to also involve people with tight schedules – therefore any time-saving methods, such as 3D Printing are a welcome part of the working strategy.

Interdisciplinary design and research has been the approach chosen by Peter Walters, Ioannis Ieropoulos and David McGoran from the University of England’s Centre for Fine Print Research and Bristol Robotics Laboratory. They have brought people from several different disciplines – art, design and robotics – together to work on a project described in their paper Digital fabrication of a novel bio-actuator for bio-robotic art and design. The intent of this project was to explore ways in which biological materials – live ones – could be used for creating movement or changes in physical objects. This approach led the team to create something described as an “artificial heartbeat” – which uses the exploited biological materials as both  the source of electrical power and the means of actuation – resulting in an outcome that resembles a living organism with a functioning heart. 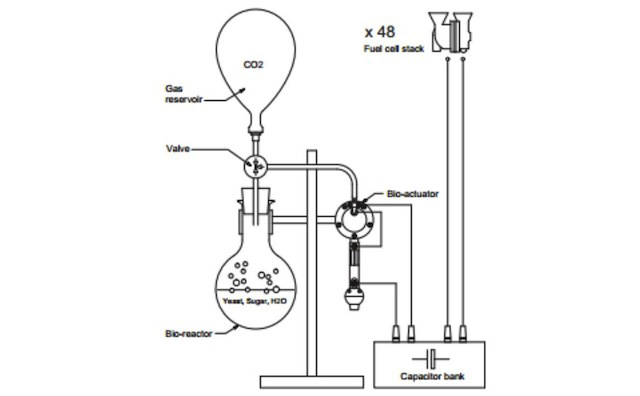 The link between this project and appearing on 3DPI is, of course, with the fabrication methods – the structure of the bio-actuator itself – its rigid components and the casting moulds – were built using an Objet 3D printer.

But could a bio-actuator such as this be evolved into something more tangible, than just something mimicking a live organ? The authors suggest that an approach similar to this could be used and applied – granting some further R&D – even as an artificial heartbeat for a cyborg or biological automaton. Another potential application sector is in the field of unconventional computing, where the bio-actuator could “function as a biologically-driven diaphragm pump for fluid circulation”.

If you want to read more about this project – such as the microbial fuel cells used in the project – the paper can be found by hitting the source link.

Source: University of the West of England