Jinhua FlashForge Technology Co.,Ltd, a 3D printer company from China, is offering a new FDM 3D printer with a quite attractive price tagged to it. The company, which might be unfamiliar to some of our readers (to myself at least), states on its website that they have “a good and scientific management system and a professional R&D team, which have partnered with professionals in Tsinghua University.” Segment-wise they are targeting both small businesses and consumers with their portfolio consisting of several 3D printers, although only two are currently for sale. But has the aforementioned R&D team also joined forces with some more widely known partner – the design of the printer, called Creator 1, does look at least vaguely familiar to something from the not too distant past.

Ok, so it’s pretty much a carbon copy of the original Replicator. If someone were eager to nitpick, there are some very minor visual details that are different, but by taking a look at the image above it’s obvious that the Replicator served as the only muse for this product – inside and outside. However, before calling the 3DP lynch mob, that is the ever evolving industry’s legal department, to take matters into their own hands – i.e. to courts – it needs be remembered that during the period when Makerbot’s Thing-O-Matic following first true mass model came out, the design was open-source in nature. However, I would still assume that a company using the open designs to only look for clean and fast profit instead of aspiring to an evolving self-replicating machine that could be easily and affordably available for everyone interested is not something that at least the open-source purist-types would necessarily agree on. Still, from a legal perspective there isn’t really anything to take action against with the Creator 1 – they’re not the first company to use a similar approach and definitely not the last one either.

Spec-wise the Creator 1 seems like a fully capable and potential 3D printer for basic FDM use. Instead of straight 1-to1 copying of all components, the company states that it has actually made upgrades to the parts used in the original open-source design such as a self-designed power circuit board and the extruder. Other key features include the aforementioned modified dual extruder, usage of 1.75mm filaments in both ABS and PLA, a resolution up to 0.1 mm and a max build size of 225 x 145 x 150 mm. But for a product such as the Creator 1, the price might be the most important spec. Flashforge have positioned the basic cost of the Creator 1 to quite an attractive level with $950, including a 3 month warranty and a 3-5 day delivery time, but before typing in your PayPal details, the actual end-price is actually more than that. Besides their own web store, the company also sells the 3D printer through Amazon, both of which offer the machine for $250 higher than the assumingly tax-free cost, at $1,199. Also, if you’re looking for a plug & play 3D printer (are there really any?), then you might want to look somewhere else, as the Creator does require some assembling — installing the extruder and other parts for example. 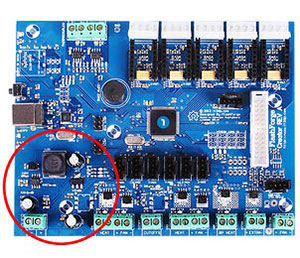 As is appropriate for a machine looking strikingly similar to the original Replicator, the folks at Flashforge have also decided that the Creator never walks alone. A similar plywood frame can also be spotted when browsing through the company’s offering online, as there is an identical plywood-framed 3D printer on offer, though hosting slightly varying tech – the only difference being related to providing the user with a single extruder. As such the machine is called the Creator 2, possibly not the most obvious choice naming-wise considering the number of extruder heads. Downgrading to a single head also means saving a $100, but otherwise receiving the same kit.

So all in all, what is the Creator 1? It’s a 3D printer based on a proven open-source design claiming to have some upgraded parts within, but also something which should have had the price tag mentioned in their main site to have stronger appeal to more potential users. What isn’t the Creator 1? I don’t think it’s a conventional example of Chinese companies’ even notorious tendencies to take a functional western-originated product and run with it in their own way – the components and parts used in the Creators seem to be on a par, not cheap copies of the original parts. But to be fair, this has not been validated as I have not tested the machine.

Remember the almost long-forgotten time when Made in Japan was considered synonymous with lousy, poor-quality products? After that period came Made in China, synonymous with copying products and reproducing them with lousy, poor-quality parts. I think we’re already moving past that phase as well – and I’m not just talking about big corporations (especially those in the consumer electronics field) working there to lower their labour costs. I believe we in the western world as well as the natives residing in the mainland would (at least soon) be ready for an innovative high-quality Made in China product and even willing to pay a market-level price for it. 3D printers could very well be one of the first examples of this, but at this point I’m still left waiting for the One.