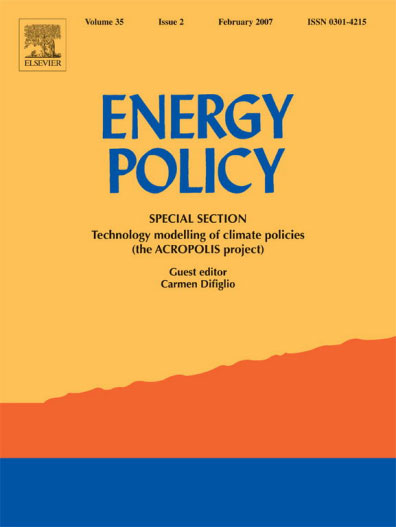 has highlighted the research conducted in a theses that studies the global sustainability potential of 3D printing. Directly citing the paper by three academics from the Center for Energy and Environmental Sciences, University of Groningen, Nijenborgh — which originally appeared in Energy Policy, Volume 74, November 2014, Pages 158-167 — the article at Energy Academy by Arjan Schippers: ‘Energy impact of 3D printing’ concludes that given the sustainability benefits of additive manufacturing technologies: “It is therefore essential to identify possibilities and develop strategies to apply 3D printing to a wider range of production processes and markets. Only then will 3D printing have an overall significant effect on energy demand and emissions and become the game changer Van Wijk says it will be.”

This article is not a spoiler for the research and calculations, so most of the insights provided by purchasing the paper will not be covered. The paper begins with an iteration of the relationship between industrial metabolism, wealth generation, and intererence with the biosphere. Industrial metabolism – the transformation of matter, energy and labour into goods, services, and byproduct waste and emissions – creates some 22% of total energy consumption and a fifth of carbon dioxide emissions. Therefore, industrial energy efficiency is intrinsically linked to biosphere sustainability, and more efficient production methods by way of decreased input and output intensity per unit of economy – gross domestic product (GDP) – will reduce climate change, the exhaustion of the Earth’s natural resources and the direct and byproduct disruptions of ecological systems. This is the basis of the quantitive study of sustainability as per “three sustainability dimensions” of “economy, environment and society,” taking a lead from the World Commission on Environment and Development’s Our Common Future (1987), one of the first United Nations sustainability documents.

Authors Gebler, Schoot Uiterkamp and Visser consider 3D printing within the context of the Third Industrial Revolution (TIR) which is seen through a lens of definition by Rifkin’s The Third Industrial Revolution—How Lateral Power is Transforming Energy, the Economy and the World (2011) as “an age of a renewable energy-powered economy, which shares its information online.” In terms of the economic worth of 3D printing the paper references the global market potential of 3DP by 2025 via the 2013 projection by the renowned McKinsey Global Institute of USD$230–550 billion, stratafied as: $100–300 billion for direct product manufacturing; $100–$200 billion for medical components and transportation; $30–50 billion for tool and mould manufacturing.

A global sustainability perspective on 3D printing technologies relates technological bottlenecks such as production speed and range of materials as the essense of the limitation of 3D printing techologies to primary applications in small production volumes, customised products and high-value products. The study emphasises the potential of 3D printing outside of these areas as “ 3DP can be applied to various manufacturing markets. It enables a potential substitution of conventional processes.” Of note is substitution rather than augmentation. The combination of additive and substractive manufacturing processes being a further set of variables that blurs boundaries. Single machines that encompass additive and subtractive processes, alongside others.

The paper provides numerical outputs for each of the markets in accordance to each of the scenarios as a basis of projection. The figures are interesting and pertinant, but as said, this article is not a spoiler. Machine and material costs are covered. Averages are taken for each. Also individual 3D printing advanced manufacturing technologies and materials comparitive to the closest extant traditional manufacturing processes are exampled with financial break-even points — such as polymeres for stereolithography compared to injection moulding; aluminium selective laser sintering compared to high-pressure die casting; and so forth.

A global sustainability perspective on 3D printing technologies amounts to a must-read paper, in my opinion. Seminal is a term a humble technology journalist such as myself has not the depth of decernment to make regarding an original quantitive research paper of importance such as this. Though, given the original nature of the paper, its relevance to surely one of the most important matters of our age – sustainability – and a breadth of research cited in the paper that is self-evident, perhaps ‘must-read’ is not an overstatement. The conclusions of the paper are quantitive, empirical and lucid — the theses may well go on to become noted by industry, commerce and policy makers:

”The model calculations show that 3DP contains the potential to reduce costs by USD$170–593 billion, the total primary energy supply by 2.54–9.30 EJ and CO2 emissions by 130.5–525.5 Mt by 2025… The energy and CO2 emission intensities of industrial manufacturing are reducible by maximally 5% through 3DP by 2025, as 3DP remains a niche technology. If 3DP was applicable to larger production volumes in consumer products or automotive manufacturing, it contains the (theoretical) potential to absolutely decouple energy and CO2 emission from economic activity.”