As 3D printed construction continues to make headlines, with buildings being fabricated quickly from large extruding machines, the material of choice for these projects is usually concrete, due to its history in mainstream construction and its ability to ooze out of a large printhead.  A company called Progressive Innovations has already reinvented 3D house printing for the sustainable era and created an 3D printing-inspired earthbag laying machine. 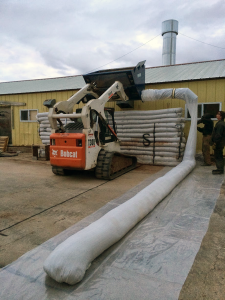 Before today, I’d never heard of earthbag construction, a potentially eco-friendly technique for assembling buildings.  The process involves filling large sacks, usually made out of the same polypropylene material used to transport rice, hemp, or burlap, with materials sourced from the immediate construction area, which can include things like clay, sand, gravel, volcanic rock, pumice, rice hulls, and subsoils.  These bags are placed, usually by hand, layer by layer until an entire structure has been built.  While other materials, like cement and barbed wire, may be used to increase the stability of the structure, earthbag construction is said to be a low-cost, less energy intensive method for building than other methods, in that it doesn’t require the transportation of materials to the build site or even much in the way of producing those materials in the first place. 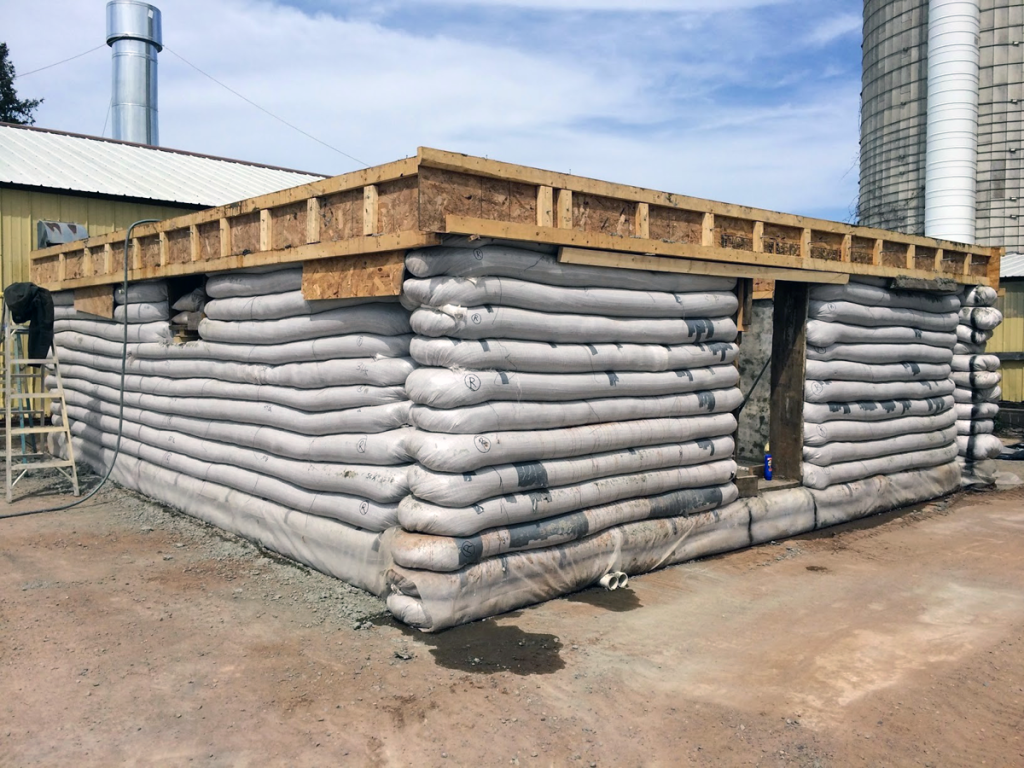 Progressive Innovations began its operations with innovative ways to quickly construct levee barriers in the case of soil erosion and floods in the era of severe weather caused by climate change.  The company has retrofitted its Instee Levee Builder skid-steer loader to fill woven polypropylene sandbags with soil at a rate of up to 400ft per hour.  According to earthbag construction group United Earth Builders, doing so by hand would occur at a rate of 30ft per hour.  Progressive Innovations has already used their Earth Home Builder with the group to construct one prototype building and they’ve begun work on a second at the Yurok Native Reservation. Watch the prototype constructed below:

The prototype was coated with stucco and had wood beams added for the roof, but the body of the building itself was made up of earthbags. UEB suggests that these structures are “10x stronger than timber and are mold, rot, fire, flood and natural disaster resistant. No cement is needed in the wall systems and reinforcing bar is added for strength.” They add that “building an earthbag structure with the EHB would save you over $150 per square foot in many cases, and the foundation/walls can be built in days. Hand built homes cost upwards of $200/sqft. in paid labor and/or will take several years using volunteer labor.” 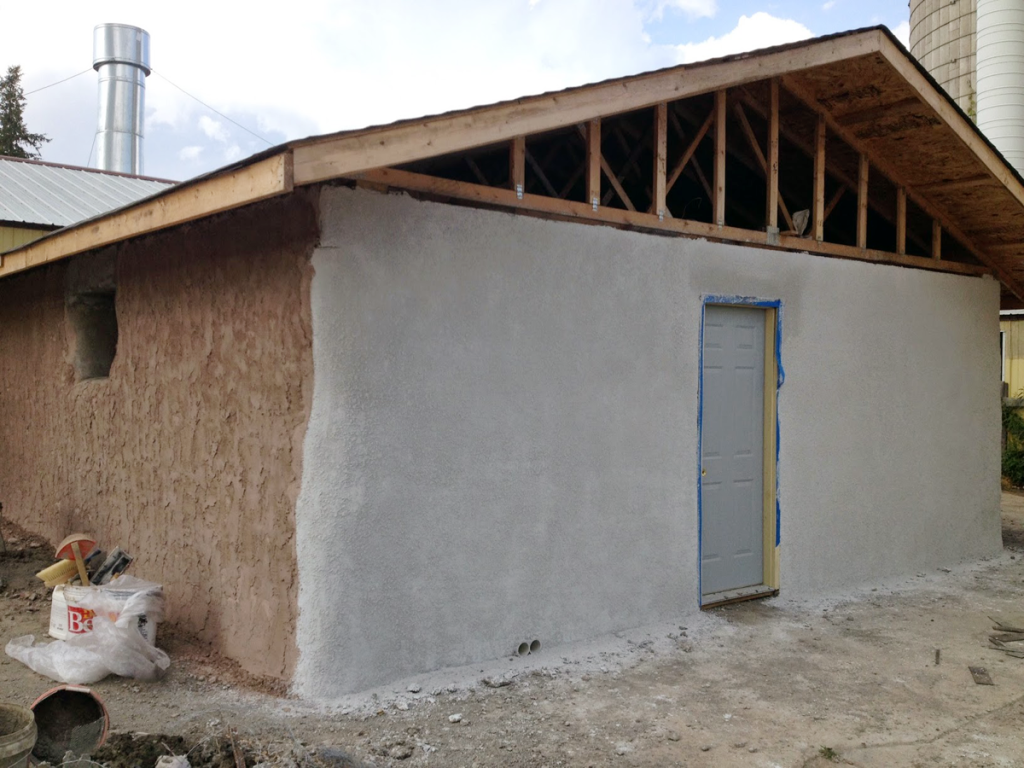 With the many benefits of building with earthbags, including durability in the face of natural forces, the Earth Home Builder removes many of the disadvantages, namely the manual effort of laying down the heavy sacks of sand or soil.  And, because they can be constructed at a low cost with relatively little architectural or engineering expertise and using local materials, earthbag structures can be built almost anywhere.  The automation of the Earth Home Builder adds extra elements of speed and ease-of-use that suggest the fast and easy construction of emergency shelters, or levees, in low-income communities that face the highest risks of our increasing climate instability.  Whether or not the machine will be used to do so is yet to be seen, but the possibilities are enough to make you think that all is not yet lost in our dystopian times.