Preview Of The 3D Printshow London 2012

One of this year’s most exciting 3D printing events will open its doors in two weeks — the 3D Printshow in London, UK is running across the weekend of 19-21st October. This gathering, with an impressive scope of 3D printing industry members and some of the leading and most inspiring users of 3D printing technology showcasing their work, will be held at The Brewery on Chiswell St in Central London.

Things kick off on Friday 19th with a trade day, which despite the B2B clang, includes some very interesting seminars that could prove to be be a big draw for new consumers to this sector – indeed the aim seems to be to ensure any new novice to the industry is more future proof. 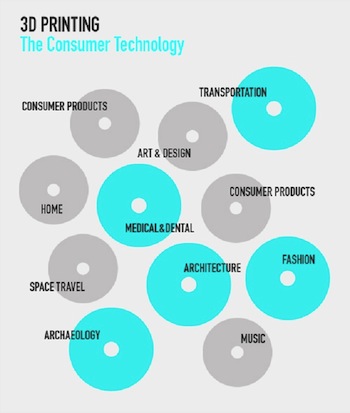 One way to prepare yourself for the changing 3D printing world would be to attend Dr Phil Reeves’ (Econolyst) seminar, titled ‘Opportunities for new business models’, which will give an insider’s view on how 3D printing can be adopted within different businesses and what it means in practice. All the big names of 3D printing will also be there on the Friday — a perfect networking opportunity. The finalists of the 3D4D Challenge will be announced that day too, at a VIP dinner later in the evening. 3D Printing Industry will be meeting some of the finalists and reporting back to you on how it went.

On Saturday 20th the curtains are fully pulled back and the event is opened up to the general public, although it should be noted that it is a ticked event. One of the seminar highlights will be given by Ultimaker’s founder Erik de Brujin and will concentrate on one of the most important aspects of 3D printing – ‘Democratizing Production’. If you are willing, but yet unsure about how you could be a part of this 3D printing revolution, this seminar is not to be missed.

The final day of the 3D Printshow is by no means a cooling off day. Of particular note on Sunday’s schedule of events is Dr Phil Reeves’ seminar ‘3D printing in the developing world’. Dr Reeves will discuss a project focused on gathering inspiring ideas on how to address several problems in the developing world – with 3D printing. So if using inspiring new technology in solving some of the fundamental challenges that humankind is facing seems like something you cannot afford to miss, be sure to reserve your seat for Dr Reeves’ presentation on Sunday. 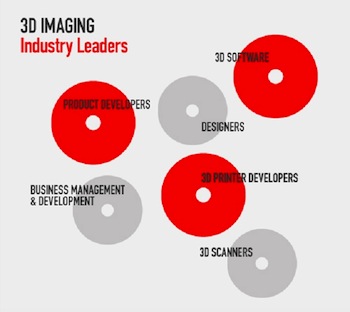 However, perhaps the biggest draw of the entire weekend will be The 3D Live Show — an overall experience of the 3D printing world, which will include a catwalk show presenting everything from haute couture to jewellery that has been created with, you guessed it, 3D printing technology. There will also be 3D printed instruments creating atmospheric music, reportedly a world first and other visual delights include live 3D imagery projected on the walls and of course the key exhibitors’ showcases. The 3D Live Show will be held on both Friday and Saturday, with the former being already sold out.

This is really a show for everybody, but predominantly it is a consumer event to attract people with less knowledge of the industry who are maybe not so much interested in the actual science and technology behind 3D printing, but rather they are attracted by the end results. The 3D Printshow will present the vast array of possibilities created by 3D Printing and will be a visual, audible and tactile experience of the technologies at first hand.

That’s it for the preview at this point – we will, naturally, bring you any further updates as Show Time approaches and a full report from Rachel, who will be attending, after the event.

Until then – to get you in the mood, we’ll leave you with this video of Dave Marks playing a version of the 3D Printshow theme with a 3D printed guitar.

PS. Unfortunately we couldn’t cover everything here — there are many more activities and things to peruse such as the art show, so head to the source link for information on all the weekend’s events and book a ticket for yourself while they are still available.