In a previous post, 3DPI brought you a story about the potential for 3D-printed CubeSats, 10x10x10 cm satellites that could be launched into space as part of the payload for other, larger projects.  When a large satellite is launched by the European Space Agency, CubeSats containing smaller research projects by undergraduate and graduate space engineering students could be delivered simultaneously, providing the students an opportunity to get hands on experience with satellite-based experiments.  JP Aerospace, a volunteer group with the goal of popularly accessible space research, has developed a similar type of satellite that can be launched by students regardless of education level. 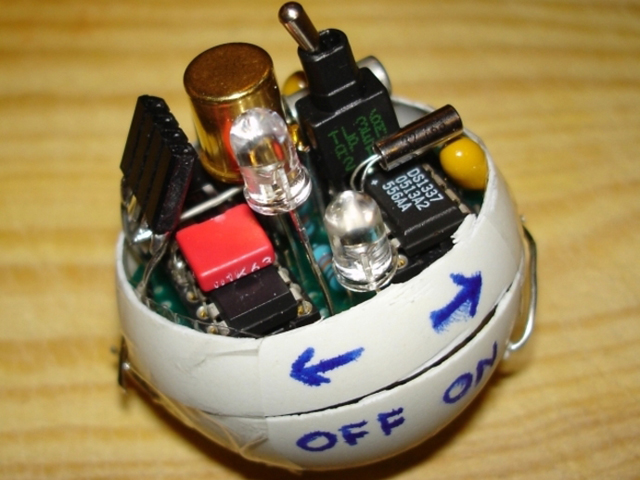 PongSats are ping pong balls transformed into experiment-bearing satellites that are sent to the edge of space on a weather balloon and, because John Powell (the JP in JP Aerospace) wanted to make these tiny research projects accessible to all, they are completely free of charge.  So, all you have to do to send an experiment into space is to contact JP Aerospace, 3D print out the model via JP’s thingverse page (or cut a ping pong ball in half), fill it with an experiment and mail it to them.  Then, on their next launch, they’ll send your project to the edge of space and mail it back to you. Check out a video of the launch below:

Although, in the past, funding was provided by advertisers who paid to have their ads on the sides of JP’s weather balloon carriages, the program has since turned to Kickstarter, with their August, 2012 campaign allowing for JP Aerospace to launch $1000 PongSats into space.  The project is meant to give students of all ages and backgrounds an affordable way to study space exploration first-hand.  Anyone from students in a 5th grade science class to DIY astronomers can perform almost any experiment that will fit inside of a ping pong ball.  JP has a few example experiments listed in their PongSat instruction manual:

You could even fly out your own mini Voyager that broadcasts a little radio signal (which would have to be pre-approved by JP, according to their rules and restrictions) to any alien lifeforms that may be listening at the edge of the Earth’s exosphere who could hear any message of your choice: Beethoven’s 9th, The Carter III, or even an existential plea for help along the lines of “nobody knows what’s happening to them and they all want it to be okay.”  And, who knows, maybe one day some hyper-intelligent extraterrestrial species would send their own ping pong ball to Earth with the response, “Hey, kiddo, everything’s going to be okay!” 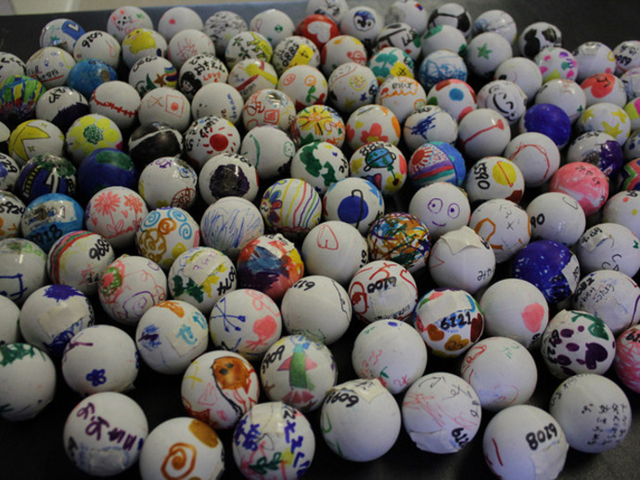 Whatever your experiment happens to be, PongSats are sure to be a great way to get kids involved in the science of space exploration and are a great step forward in making such research accessible to a larger portion of the population than ever before.  And, as JP told Wired, “People say there’s no interest in space. These people have not seen my desk covered in boxes of ping-pong balls.”  So far, the program has launched 6,440 PongSats at about one flight a year since 2002, but they plan on launching plenty more. 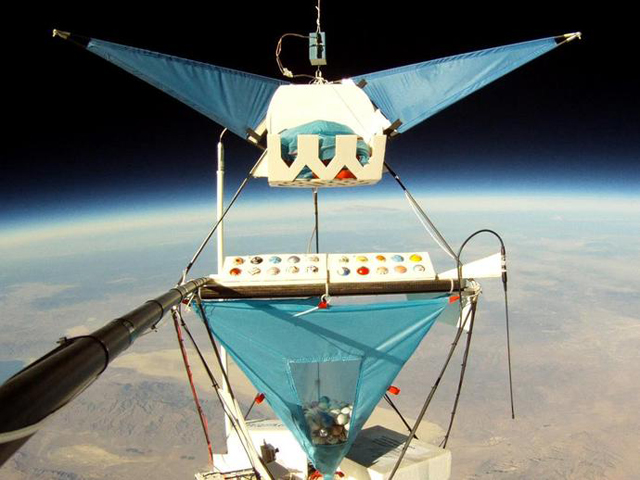