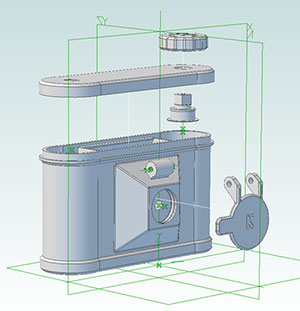 Cute, wholesome and fun is Flyer, the 3D-printed pinhole camera on Kickstarter. It reached its $1,200 funding in just 13.5 hours and has since tripled at the time of writing – a pleasant reward for a project that springs from what seems to be a genuinely good place.

Having never heard of it before, I had to look up what a pinhole camera was. It’s a box, more or less, sealed from outside light with the exception of one hole, often covered with a flap. No lens or nothin’! And, with a lift of the flap, natural sunlight pours in to imprint the photons reflected off the surrounding environment onto a piece of film. And there you have it the negative for a photograph is made. 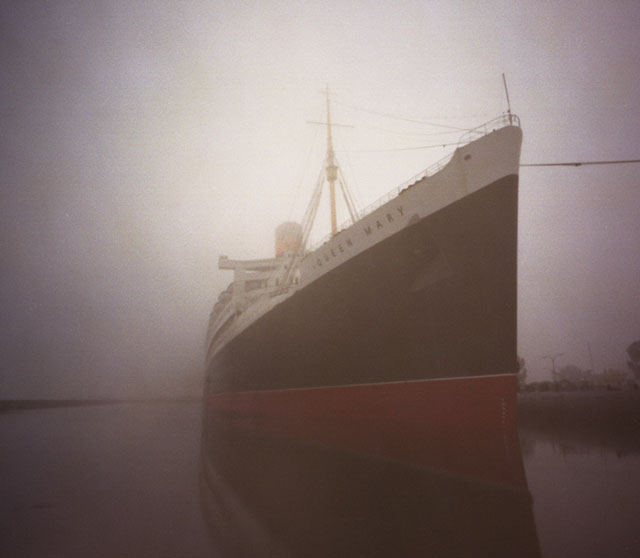 Well, then, as most pinhole cameras are homemade – the Kickstarter’s creator, Clint O’Connor, previously used cardboard or modified old cameras to craft his pinholes in the past – the use of 3D printers to fabricate such a simple device made sense. In order to design such a camera for 3D printing on his Solidoodle, however, Clint needed money. Now, his successfully funded Kickstarter campaign has earned him enough to purchase new filament and film, having already torn through quite a lot, to test new prototypes for his final model. He can also afford all of the gels, nuts and bolts needed to assemble them. Though the design isn’t complete, you can pre-order the .stl files and instruction manual for $20 on Kickstarter. Or you can order the full kit for $29, which includes “pinhole, O-rings, red window, [and] screws”, some of which are manufactured specifically for Clint’s design and, otherwise, hard to find. You can also purchase a fully-assembled camera starting at $39.

And why use a pinhole camera over something more technologically “advanced” in the first place? I’ll let Clint tell you in his beautifully written words from Kickstarter: 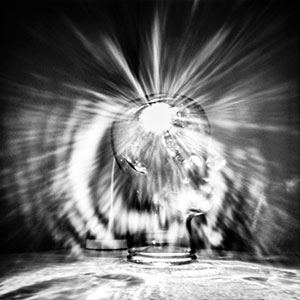 Pinholes offer a unique perspective on the world that I can’t get with lenses or digital cameras. I have been taking pinhole photographs for many years, almost always with cameras I have made myself. In some cases, I have taken existing camera bodies and radically modified those to take various film backs.

Landscapes and water are two of my favorite subjects – the long exposures of a pinhole camera lead to smoothly flowing water, almost like mist, that capture and retain motion and flow in a still photograph.  Pinholes also offer extreme depth of field, and very near subjects are as focused as subjects in the far background.  I find that, no matter how I envision how a photo will come out, I am often surprised with the result. Some of my best photos have been accidental or unplanned.  Using a pinhole camera unlocks a tremendous wellspring of creativity and experimentation.

As it stands, the specs for the Flyer pinhole camera are as follows: “It takes a 6cm x 6cm square image, 12 exposures to a roll of 120 film, just like a Hasselblad.  It can be mounted to a tripod and it has a flip shutter that is really easy to use. The field of view is 70 degrees with an f/stop of 133.”  The Flyer is only meant to be the first design, however, and Cilnt hopes to make more in the future, so be sure to keep up with the project here.  To learn more about the project and how the camera works, watch the Kickstarter video:

And just to mention that the lead for this story came to 3DPI via Clint’s stepson Paul, whose support was unwavering as he put forward the story saying: “We’re really proud of him and his design.”