As Super Bowl Sunday approaches, the Carolina Panthers are warming up to face off against the Denver Broncos. Not only can we expect all the grit and glory of two NFL leaders playing head to head in Santa Clara this Sunday, but we can also expect overly financed advertisements, mismatched Half Time performers, and the increasing use of 3D printing by fans, players, and companies associated with the event. This year, Panthers’ All-Pro linebacker Thomas Davis has leveraged the capabilities of the technology, wearing a personalized, 3D printed brace in the lead up to the Super Bowl. 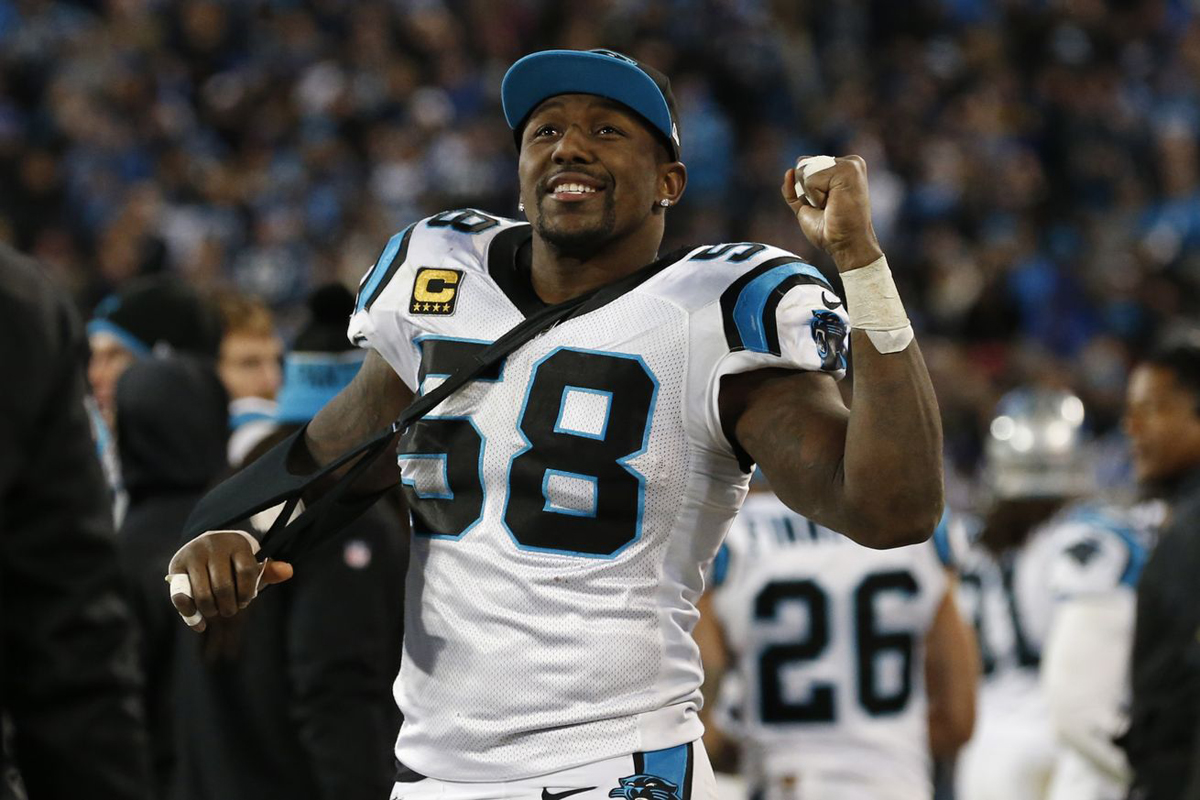 After suffering a broken arm during play, Davis now has a metal plate and 12 screws holding the limb together. Among four different brace options, the linebacker opted for the 3D printed version, which was seen as the toughest during practices this past week. And, with his 3D printed brace, Davis has been practicing “very nicely”, according to his coach. If Davis can make it to the game on Sunday, he will be the first NFL player to use a 3D printed device on the field. During Super Bowl 50 Media Night at the SAP Center, Davis said of working with his brace, “It was a light [practice] day, but I took every opportunity to hit it on something.”

The brace, 3D printed by 3-D Elite with Whiteclouds 3D Printing, is made of a plastic and elastomer composite, making it both firm and flexible, with good shock absorption. Printed on a Stratasys Connex system, the inner area of the brace is soft and spongy for shock absorption, while holes in the brace allow for breathability and less weight. Then the brace is wrapped in foam and taped to Davis with team colors.

In the same day as they received a 3D scan of Davis’s arm last Wednesday, Whiteclouds spent eight hours engineering the brace. After 30 hours of printing on the Connex machine, the brace was shipped out over night on Friday. Scott Perone, of 3D-Elite, says of the project, “Thomas Davis is already the ‘bionic man’ in our book. This personalized 3D brace lined with Poron XRD makes him a bit more indestructible.”

While this could be a first for 3D printed medical devices on the football field, 3D printed cleats are no strangers to the Super Bowl, as Nike has previously produced portions of their shoes for Super Bowl 48.  However, a medical device such as Davis’s brace brings a personalized benefit to the player and, I believe, will foreshadow the use of the technology for future medical devices.  This is also exciting news for Whiteclouds, which in the past year has both become the world’s largest provider of color 3D printing services, but has also acquired 3DplusMe to produce custom sports memorabilia, among other things.