Formula One and remote controlled cars are two of the segments where industrial 3D printing and desktop 3D printing, respectively, are being implemented more intensively. Now, designer Daniel Noree has just combined the two in a new project for an Open R/C remote controlled car that resembles a Formula One vehicle. Those who have been following the evolution of this project know that the 3D model currently downloadable from Pinshape is the third version of the car. 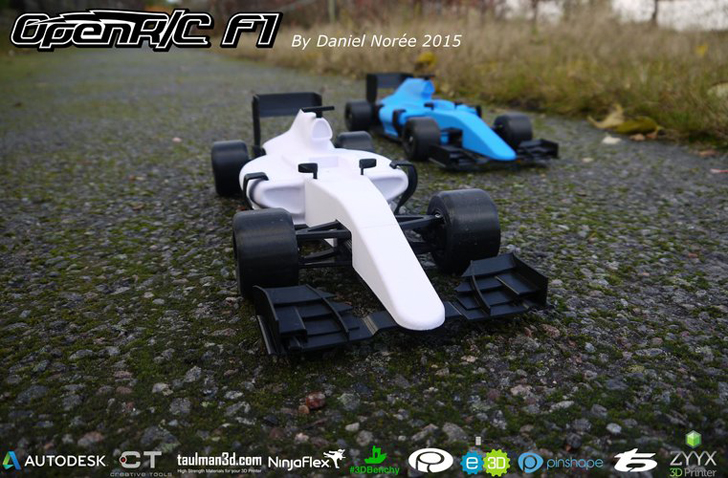 This time, designers have focused on simplicity, making the F1 car very easy to print using only half a spool of PLA plastic, and a little bit of a thermoplastic elastomer, like TPE, for the tires. The reasonable size of the 34 parts makes it easier to print on an average 3D printer, while the fact that polycarbonate is no longer used for the project lowers the cost significantly. Moreover, only 15% of the parts need additional build support. 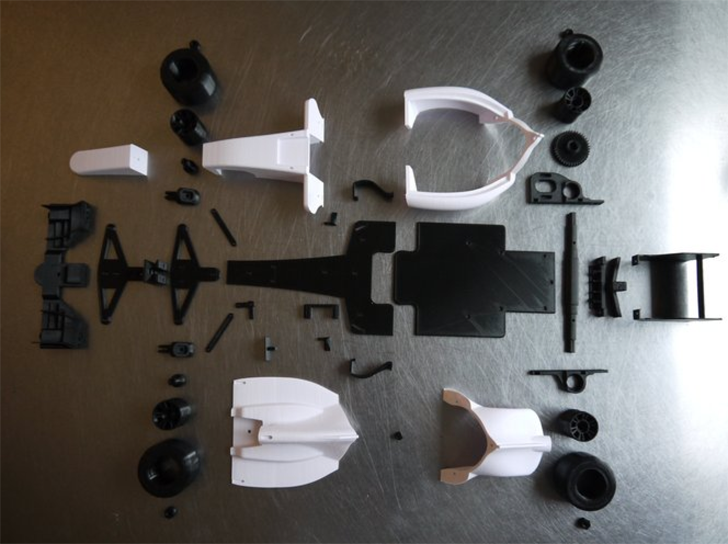 The remote controlled F1 car weighs only 500 grams without the electronic/electric parts, which include an ESC and motor, a 7.4-volt battery, a micro-servo, and a transmitter-receiver. The F1 car is actually performing very nicely, and although TPE deforms significantly at higher speeds, it remains within the acceptable and safe limits. It now all resides on testing, and further development. The more people that use 3D printers to build stuff in their homes, the more support and useful feedback projects like the OpenRC will receive, helping them accelerate the development of their models. 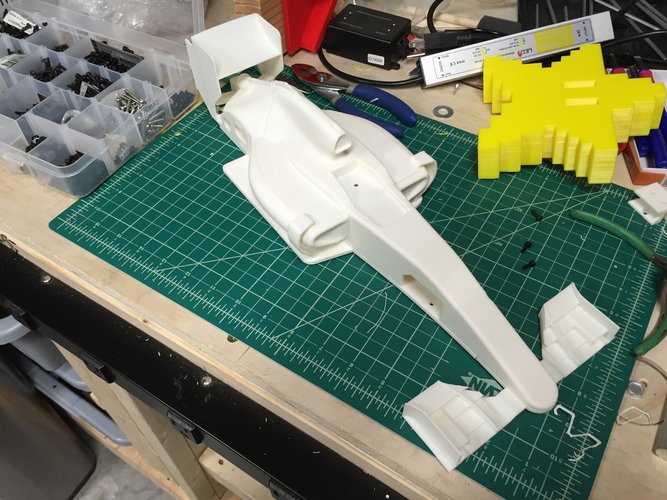 “I want to see a future where we make stuff at home that can’t be bought in stores,” said Noree. This has already started to happen, and the people who are directly involved in this process are naturally very excited to be the pioneers. 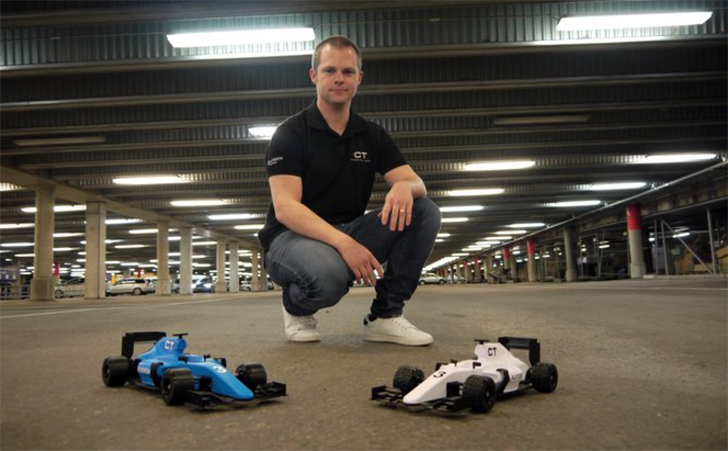 Platforms like Pinshape play a key role in this process, as well. Pinshape hosts open source models that are shared with a large community of 3D printing enthusiasts to promote their collaboration. However, Pinshape doesn’t offer just any kind of models, but only high-quality items that meet strict design standards. The OpenRC F1 car meets those standards as the CEO of Pinshape, Lucas Matheson, stated, “We think we have a good platform with a lot of high quality, user-­generated content, and the OpenRC F1 car is no exception.”

You can check out more designs from Daniel Noree on his personal Pinshape webpage. You will find many more RC “toys” that were built for different purposes such as ATV’s UAV’s and a lot more useful 3D printable objects.