The OpenBiomedical initiative is an international not-for-profit collaboration of volunteers and professionals who want to use open source technologies and 3D printing to bring low-cost medical devices to those who need them most. After presenting their first three designs – two hand prostheses and one incubator – a little over a year ago, OBM has now shown the first 3D printed final prototypes of their devices.

While the hand prostheteses – WIL and FABLE – do hold great potential, the device that has attracted the most attention, both for its usefulness and uniqueness in the open source scene, is Baby On Board (BOB), a low-cost neonatal incubator that is almost entirely 3D printed. 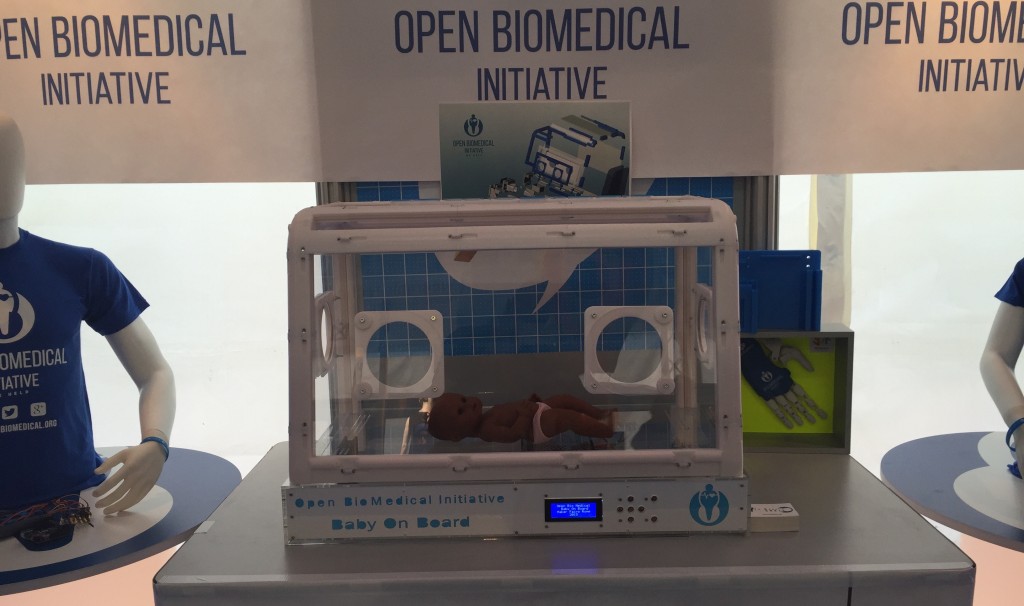 BOB was designed as an answer to the fact that it is estimated that about 75% of neonatal deaths occur within the first week of life and is often due to lack of biomedical equipment. To do this, BOB uses low-cost components that can be reproduced, by 3D printing and very basic milling, just about anywhere, by using free documentation available online.

I often speak to Valentino Megale and Bruno Lenzi, two of the members of the original OBM team – which has since grown significantly by expanding its activities in several continents – and their enthusiasm for the possibilities offered by open source 3D printing is palpable and continues to drive their willingness to share updates with me. 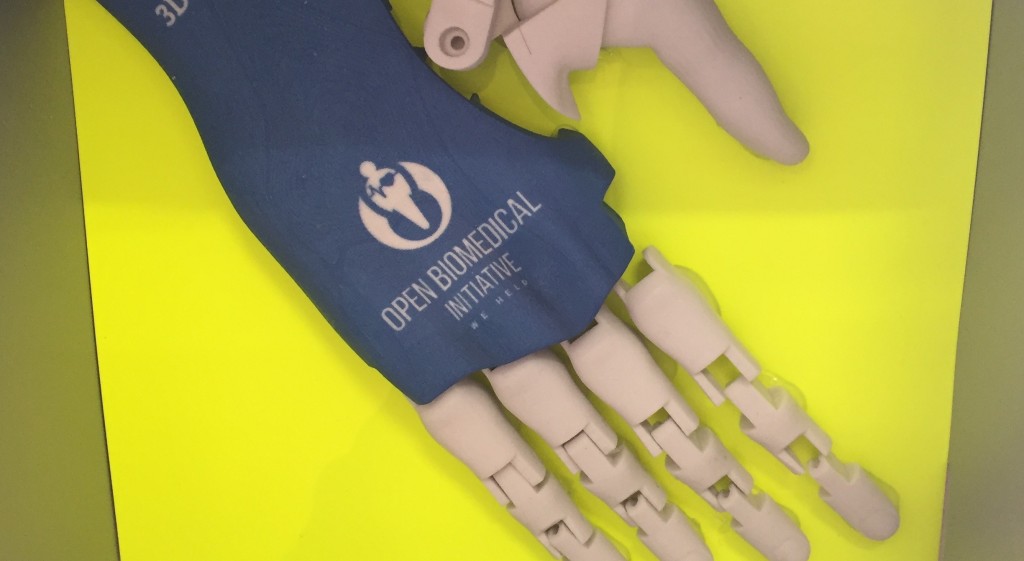 The two prosthesis projects are also growing rapidly and OBM finally presented the first 3D printed version of them at the recent Maker Faire in Rome. The WIL, WIred Limb, is a mechanical prosthesis developed to compensate for the lack of a limb through the use of a drive activated by the movement of the wrist and a system of wires.

Quite literally “on the other hand”, the FABLE (Finger Activated By Low-cost Electronics) is an electromechanical prosthesis, intended for those who have suffered amputation or are suffering from congenital malformation. It works through the acquisition of signals generated by the muscles’ myoelectric contraction near the elbow and it determines precise finger movements. 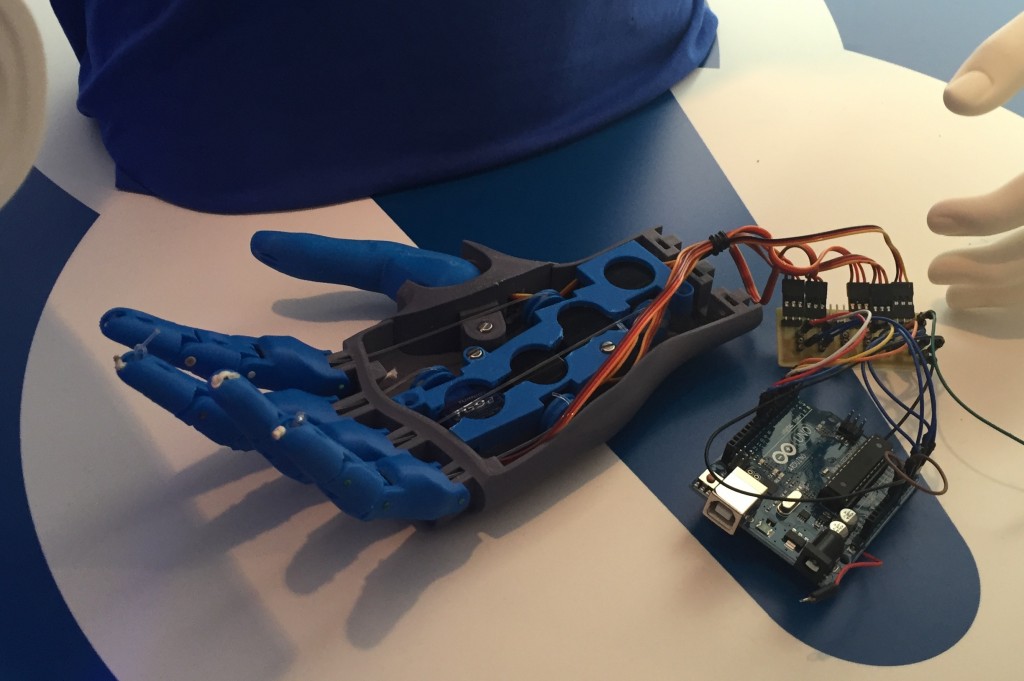 WIL was 3D printed by 3D Factory and this first version of the FABLE hand was 3D printed by JustMake, a collaborative platform that enables anyone to gain access to 3D printing and 3D modeling services. “When OBM contacted us,” says JustMake’s co-founder Emiliano Guida, “all we did was just use our own platform to find service that would be able to help.” The choice finally fell on two companies, iPlott and 2be3d, that were willing and able to provide the solution for OBM.

JustMake wants to be a social platform to accelerate 3D printing adoption. In this sense it was the ideal companion, as the effort behind OBM includes a truly widespread network of people who “just want to help”. Donations are obviously accepted and can be made through the WithYouWeDo crowd funding platform.

The tidal wave of awareness for the possibilities, created by open source and 3D printing, that OBM has been setting off, can hardly be quantified in terms of economic investments. Still, it certainly would help to bring this projects where they are needed most. 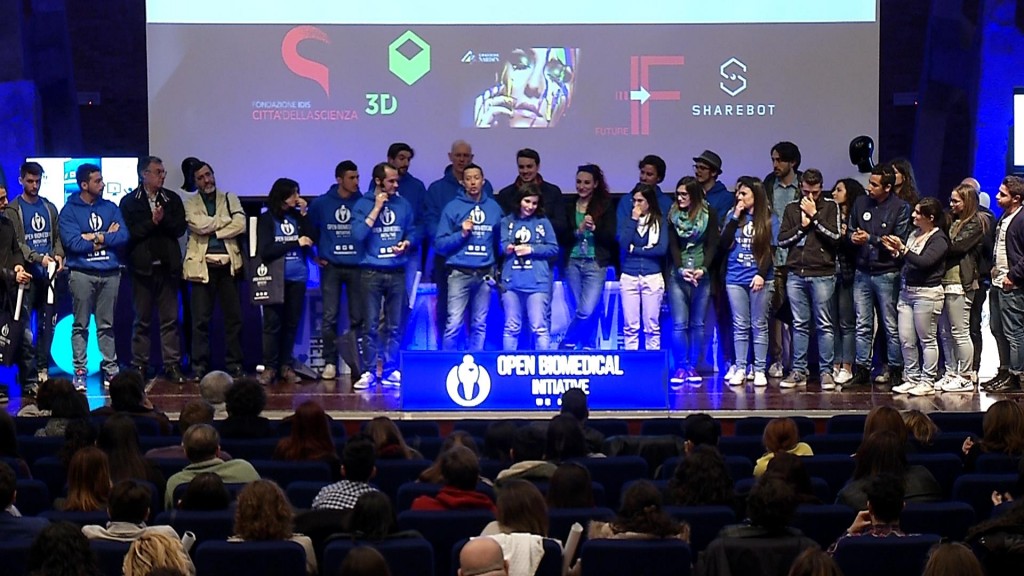