While some researchers at the Department of Energy’s Oak Ridge National Laboratory (ORNL) are working on large scale 3D printing, as demonstrated with the Local Motors 3D printed car, others at ORNL have their sights focused on the microscale.  At the Materials Science & Technology 2014 conference in Pittsburgh, this week, staff scientists and metal 3D printing lead at ORNL’s Manufacturing Demonstration Facility, Ryan Dehoff, announced that the national lab has gained the ability to control the structure and properties of metal 3D prints at the microscopic scale.

Dehoff explains, “We can now control local material properties, which will change the future of how we engineer metallic components. This new manufacturing method takes us from reactive design to proactive design. It will help us make parts that are stronger, lighter and function better for more energy-efficient transportation and energy production applications such as cars and wind turbines.” 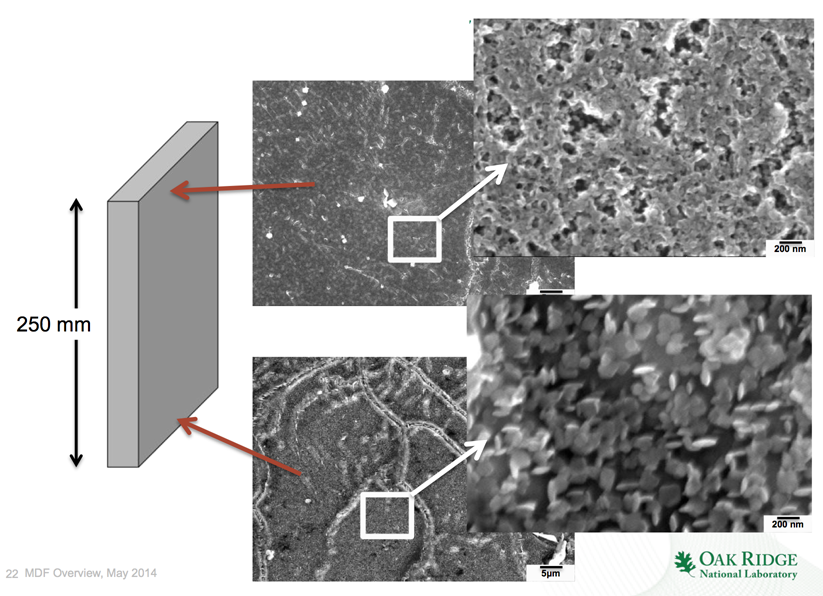 Using an ARCAM electron beam melting system, the team was able to control the solidification of prints on a nickel-based part at the microscopic scale.  The process by which they were able to 3D print metal powders with extreme accuracy is a bit over my head, but, from what I understand of this presentation (PDF), they were able to maintain different high temperatures across different areas of a build for prolonged periods of time, heating some portions at one temperature and others at another, and then cooling them at a controlled rate.  This gave them the ability to manage each area of a build to meet their desired properties. 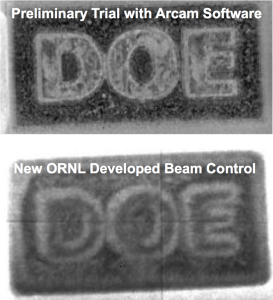 By altering the crystallographic texture of an object, ORNL could actually dictate the physical and mechanical properties of the material.  The above presentation describes this as “[p]otentially the most important development in Metal [additive manufacturing] since conception.” With this technology, not only may it be possible to eliminate post-processing of metal 3D printed parts, but it may also be possible to create parts that exhibit particular characteristics, depending on the need.  For instance, it might be possible to 3D print metal components that can withstand high temperatures at one point and exhibit extraordinary strength at another,  which could change the way that microelectronics and high-temperature jet engines are manufactured and designed.

The University of Tennessee-ORNL Governor’s Chair for Advanced Manufacturing, Suresh Babu, added, “We’re using well established metallurgical phenomena, but we’ve never been able to control the processes well enough to take advantage of them at this scale and at this level of detail. As a result of our work, designers can now specify location specific crystal structure orientations in a part.”

ORNL isn’t the first lab to work on 3D printing at the small scale to change mechanical and physical properties at the large scale, but they may be among the first to do so directly with metal. Lawrence Livermore National Laboratory is doing so with foam materials and scientists at the Karlsruhe Institute of Technology in Germany have tested a similar approach with 3D printed ceramic, coated in aluminum.  Soon, with these groups working on altering the characteristics of materials on a microscopic scale, we’ll be entering an era of smart materials and objects that we may not even be able to fathom existing.