Engineer Kai Parthy is hugely responsible for the boom in 3D printing filaments we’ve been experiencing over the past few years.  With the 2012 invention of Laywoo-D3, a composite of sawdust and copolyesters, Kai transformed the desktop 3D printing scene from being looked at as a world of plastics to a world of infinite possibility.  After all, if you can 3D print wood, what can’t you 3D print?

Since then, endless manufacturers have taken his invention and mass produced it under their own label, while Kai works tirelessly on inventing new 3D printing materials, including stone-like, ceramic, transparent, and spongy filaments to fulfill a huge variety of applications.  It turns out that this isn’t the first time that others have benefited from his inventions. 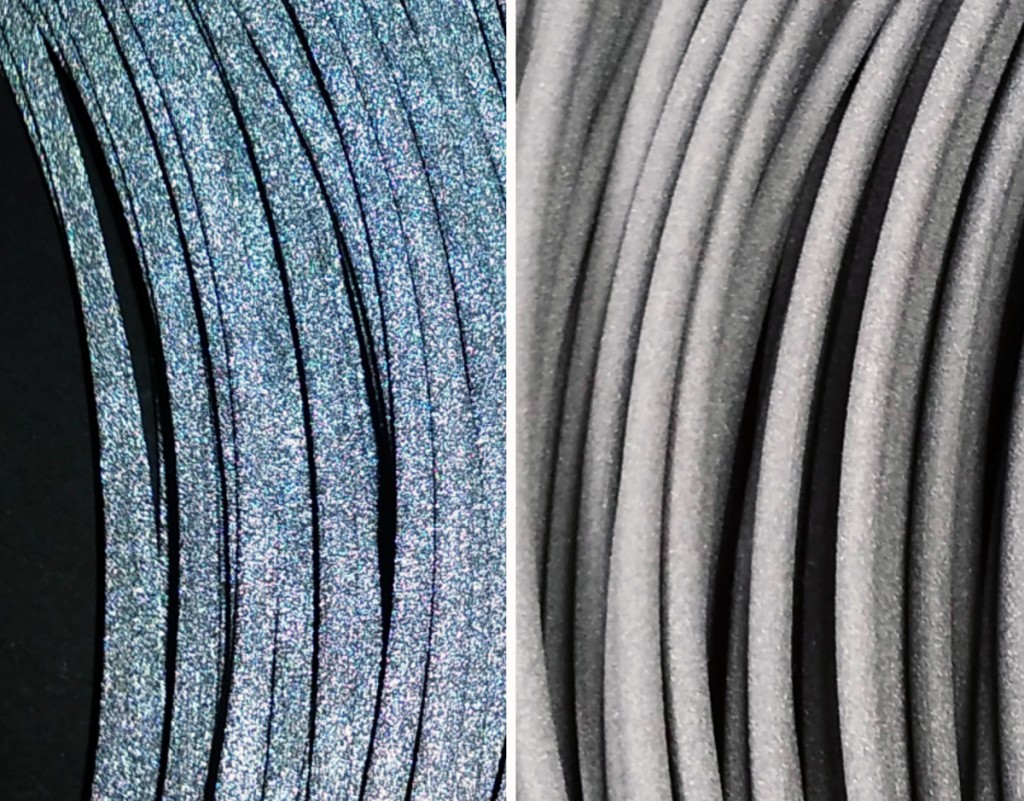 After the launch of a Kickstarter devoted to a uniquely functional 3D printer hotend, Kai approached me with one of his most exciting materials yet. REFLECT-o-LAY is a new filament that, during daylight, has an ordinary grey finish, but, when hit with beams of light in the evening, becomes reflective. 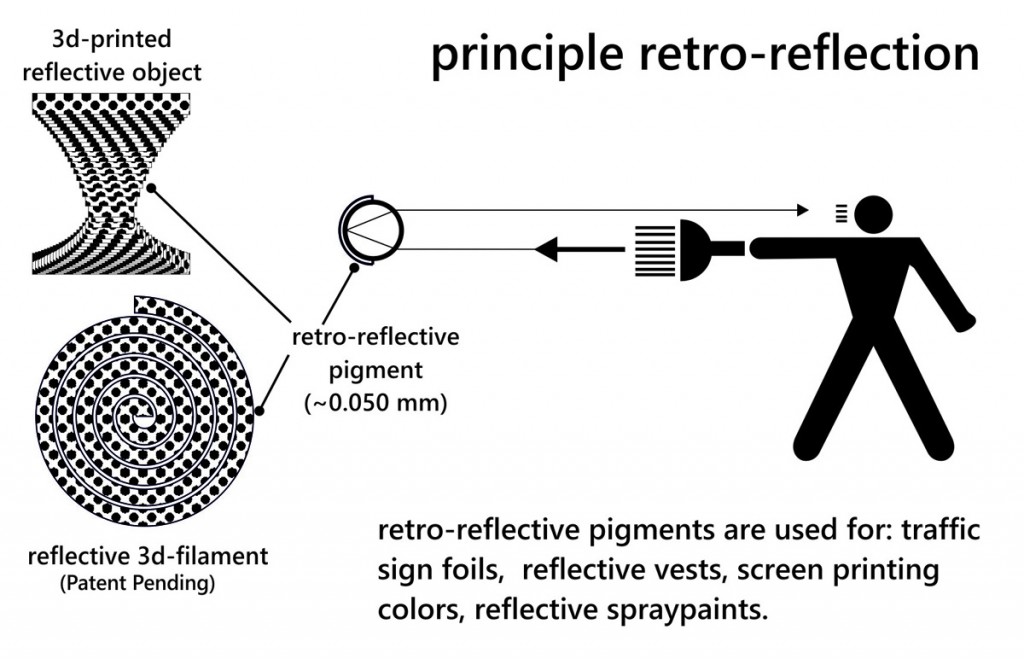 Using the same principle of retro-reflection, as demonstrated with road horses and traffic signs, the material bounces the light to reveal itself in all of its glittering glory. On top of its amazing reflective properties, the inventor says that the filament is also flexible! 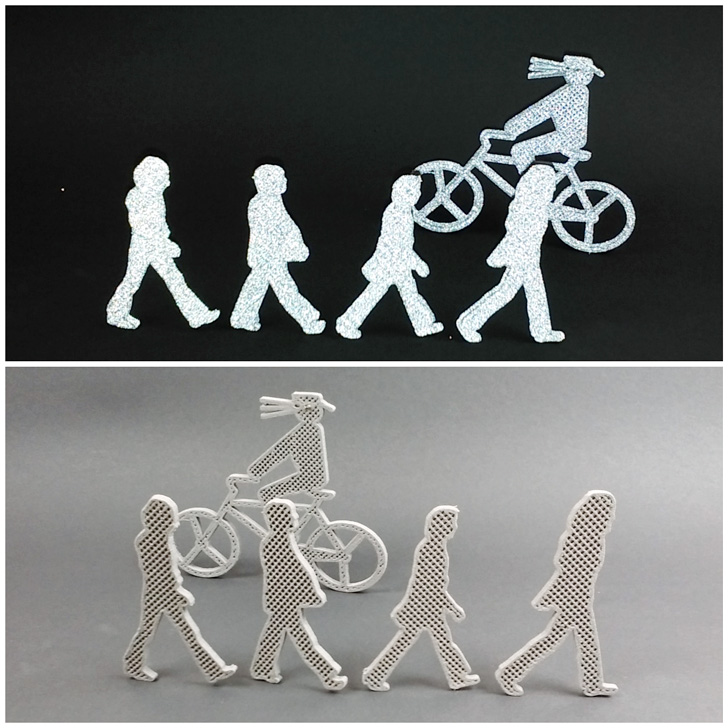 To demonstrate the potential of this filament, Kai 3D printed the iconic cover of The Beatles’ Abbey Road, along with a new bicyclist character (their original drummer Pete Best? Cool!)  to ride behind the Fab Four. Cute in its own right, the diorama takes on a new meaning when the spotlight is shone down on it, exhibiting just how useful this material is for nighttime pedestrians and bikers who want to make their presence known to evening traffic.

Kai tells me that the idea for the material actually came from a patent he’d obtained in 1998. “In 1998 I invented (and claimed a German patent) for a reflective spray paint that makes cyclists visible and more safe in traffic,” he explains. “With it, drivers can see a biker in their spotlight. It can be sprayed onto one’s clothes or bike wheels themselves. The color is near invisible on clothing, and it can be removed after a season by simply washing it off.” 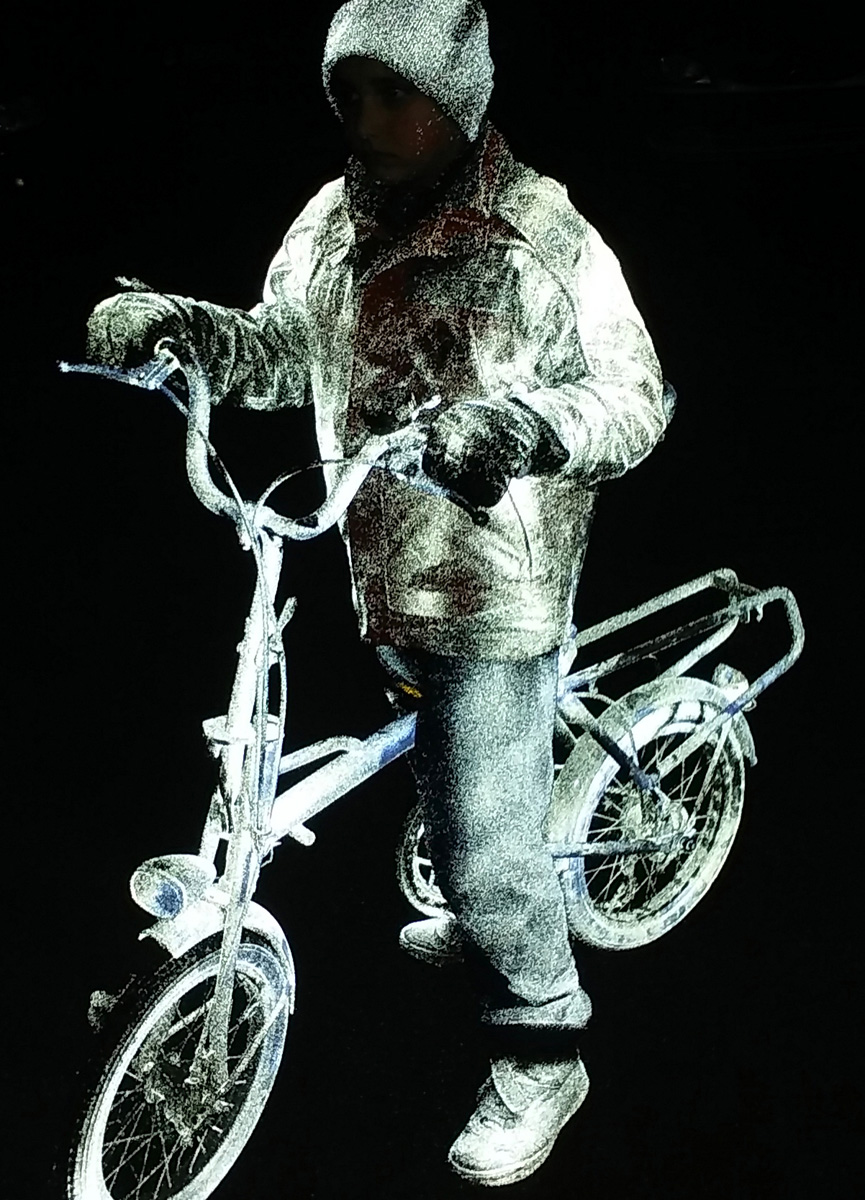 Seeing this biker, I immediately thought of hardcore bike messengers in New York City who have been using Volvo’s new LifePaint product, a spray paint that sounds quite similar to Kai’s patent application, but which the Swedish car manufacturer’s ad agency Grey London has said was developed by a Swedish team, the holders of a more recently drawn Swedish patent.

Thinking that he may have gotten some royalties for licensing his older copyrights, I asked Kai what his relationship was with Volvo.  As it turns out, there isn’t really a relationship there. Instead, Kai hints that the company was “possibly spurred” by his invention, “Volvo and their agency, Grey London, have done a great job! For designers and creative people, it is always a compliment when someone is inspired by their own work.” 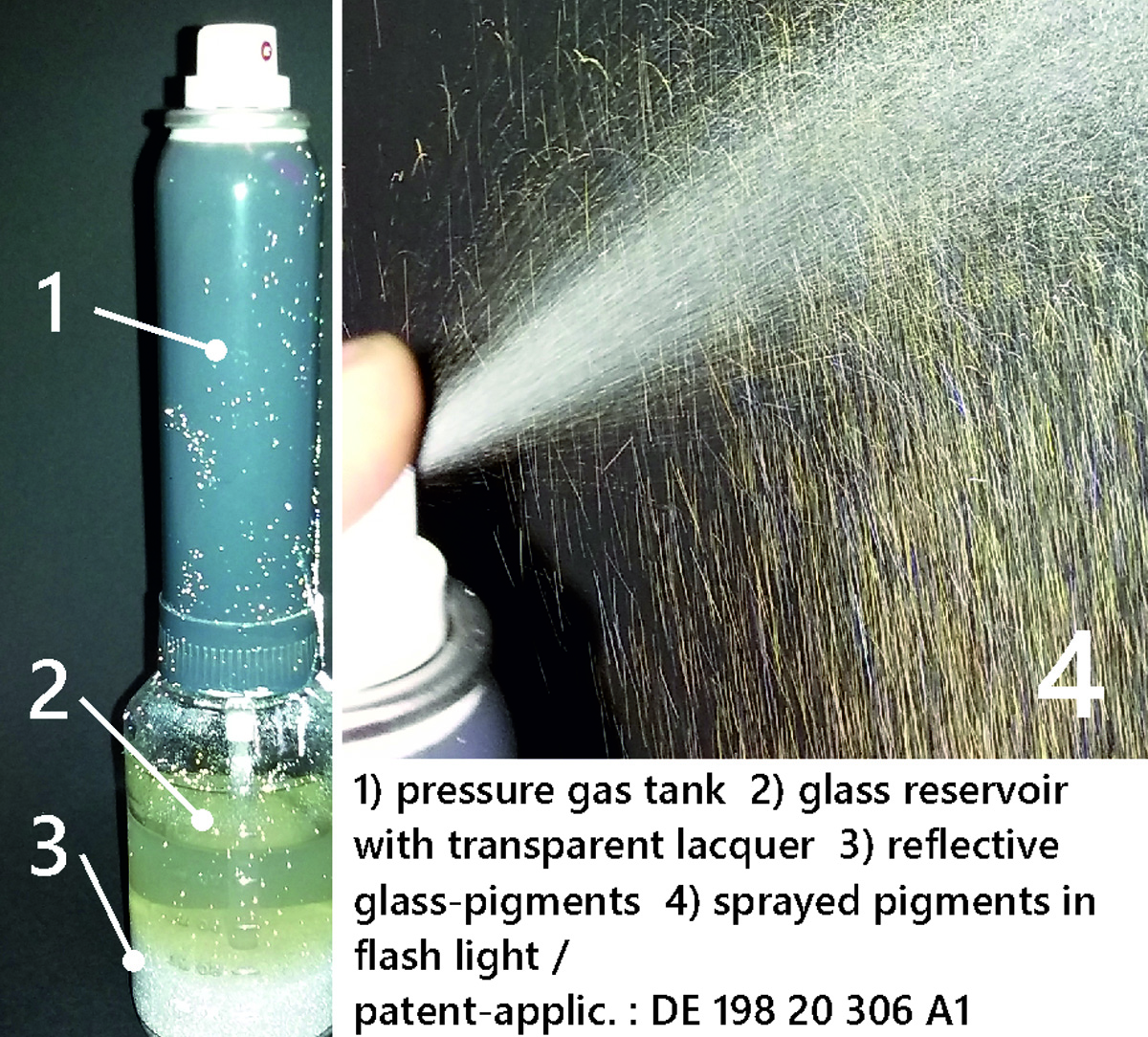 I will continue to investigate what the connection is between VOLVOLIFEPAINT and Kai’s own reflective spray paint from 1998.  In the meantime, you can at least be satisfied with a brand of filament that utilizes the same properties with a whole range of applications, from safety to decorative.  You can even imagine the ability to 3D print complete car parts (hub caps, spoilers, bumpers, etc.) made from REFLECT-o-LAY that could increase vehicle safety, while also saving the time and cost of applying reflective materials after fabrication. 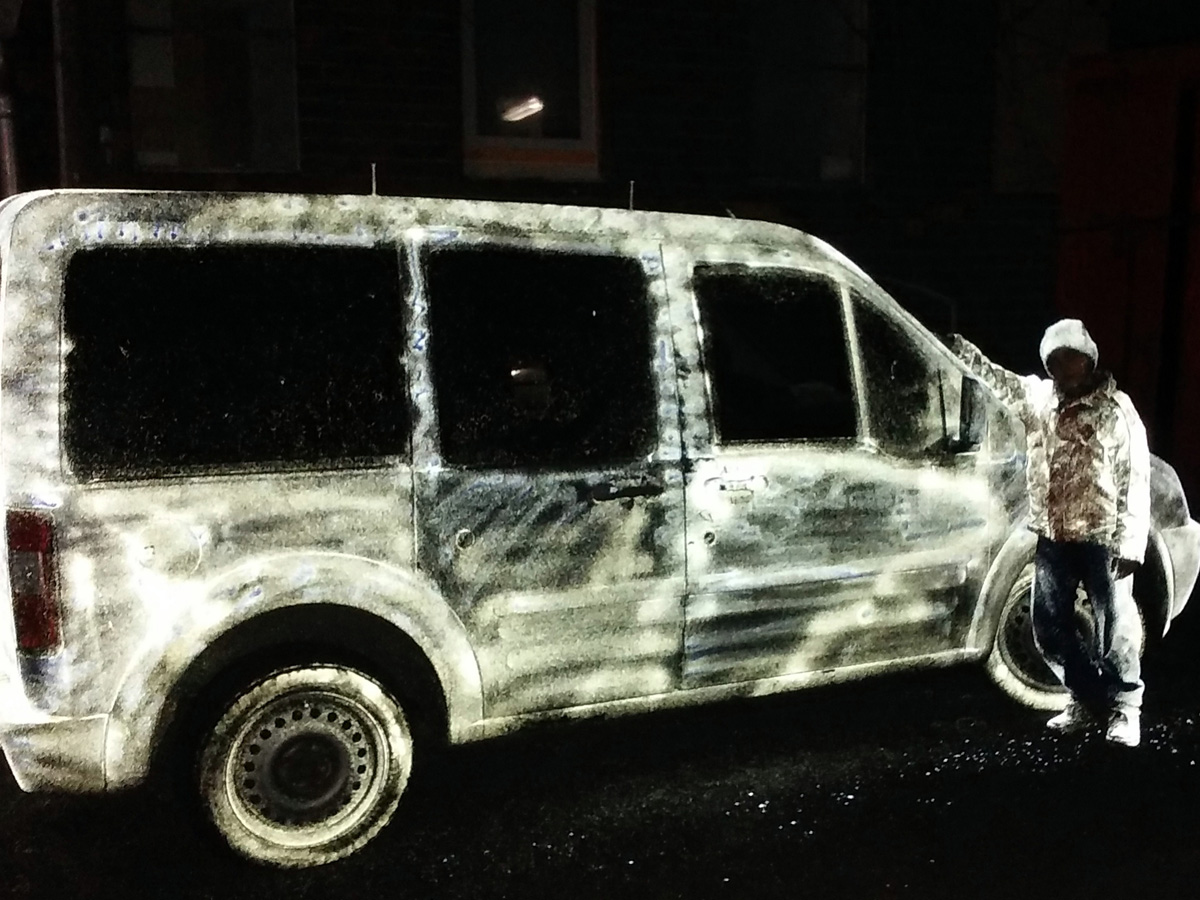 The parts could even be optimized in terms of strength-to-weight ratio, with the inner geometry of, say, a 3D printed REFLECT-o-LAY bumper being partially hollow while also structurally sound.  And, because the filament is flexible, this might be ideal for such an application, giving the bumper cushioning capabilities, too (Maybe Volvo will be reaching out to him after all?). 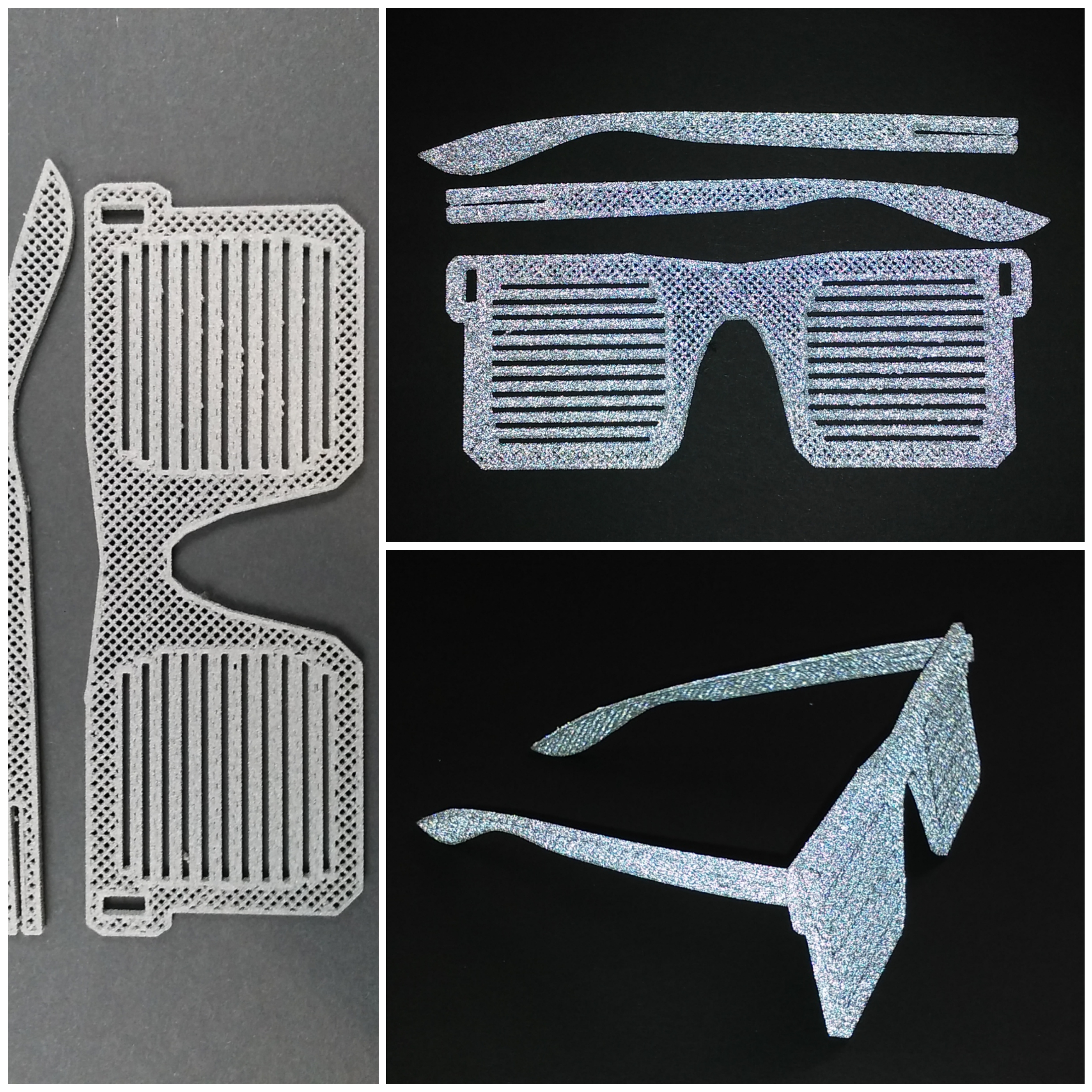 Of course, before large-scale 3D printing with Kai’s new reflective material, we will have to wait until the filament is on the market.  He says that he hopes to release the product in the near future, explaining, “The filament will not be available until, hopefully, May.  Perhaps a large manufacturer could produce it through a license from me, as I have a patent pending on the filament and my own capacities as an inventor and small manufacturer are near worn out.” As for price, Kai says, “REFLECT-o-LAY will not be the cheapest material, due its high content of reflective, cost-intensive pigments. At first, I will make it available for fashion and mobility designers, as well as other researchers. For those interested, please contact me at [email protected].”

Kai says that the 3.0 mm laboratory version of his filament is easy to print at about 200°C. The 1.75 mm version will come later, but, he points out, flexible filaments with this fine of a diameter are more difficult to feed into a hotend than 3.0 mm materials.  Though the filament may not have yet hit the market, you can already download Kai’s Abbey Road models from Thingiverse here. 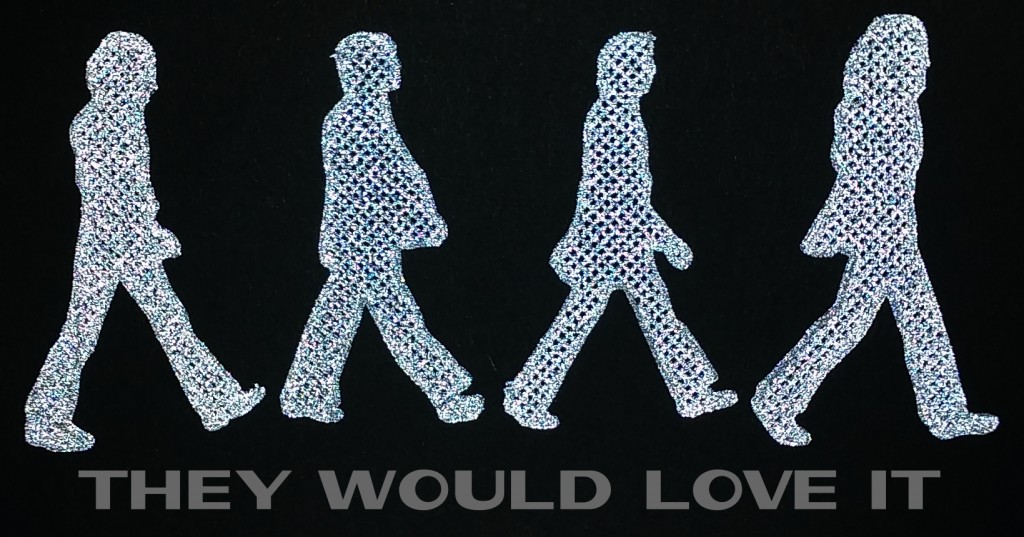