There are numerous organizations working to get humanity onto the surface of Mars at some point in the next twenty years.  As important as it is to figure out how to get there, it will be just as important to actually be able to set foot on the planet without dying. So, as NASA preps for a mission to Mars with its Space Launch System and Orion crew capsule, the space agency is also working on the spacesuit astronauts will be wearing on their trip to the Red Planet. And, if the new Z-2 prototype spacesuit is actually produced for that trip, it will ideally incorporate a number of cutting edge technologies, including 3D scanning and 3D printing. 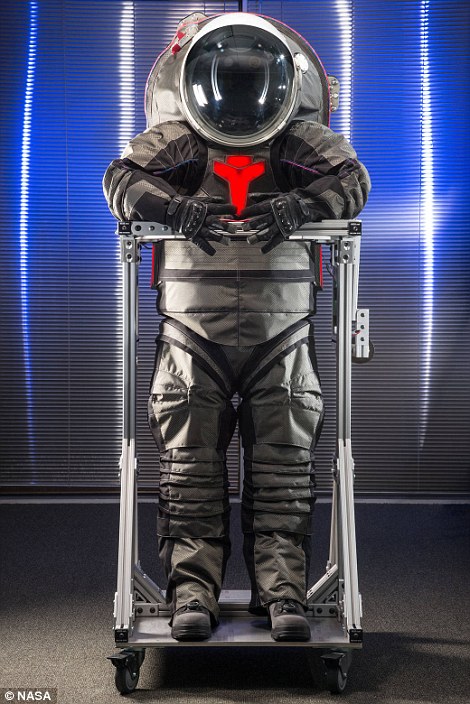 Because it’s a prototype, it’s likely that the actual Z-2 spacesuit – or, more likely, Z-32 if we hit Mars in 2035 – may not have all of these features, but, the concept for NASA’s suit is an exciting one.  In order to make it fit its astronauts perfectly, the space agency envisions, first, 3D scanning the crew and, then, 3D printing the astrogarb, possibly even in the depths of space or on the Red Planet itself.  This is just one of many in-space 3D printing proposals that have been developed by NASA and various commercial operations with a focus on the future of space.  This will make it much easier for astronauts to walk on the planet, with the suits tailored to each wearer.

The material of the suit itself will also enable greater mobility, as it will, potentially, be printed from light-weight, high-durability composites.  In addition to enhanced mobility, this material will protect against the harsh environment of Mars.  3D printing them on the planet itself is, like other space printing proposals, is also meant to decrease the amount of cargo space used on the trip to Mars, as are some other interesting aspects of the suit’s design.  These include regenerative carbon dioxide removal and water evaporation systems for breathing and temperature regulation. 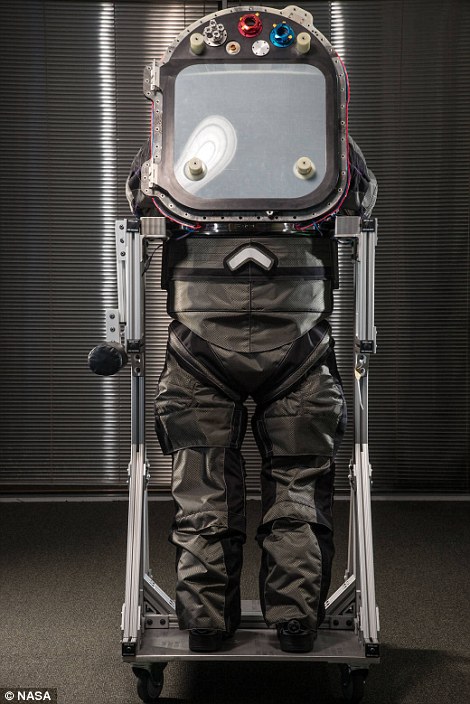 Perhaps the most interesting detail of the suit is its Suitport function.  To simplify the process of moving from the confines of the spacecraft to its exterior, NASA has proposed a system in which astronauts crawl into the Z-2 from the back through a hatch build into landing modules.  This removes the need for a traditional airlock, also eliminating the possibility of bringing contaminants aboard a spacecraft.

The actual aesthetic of the Z-2 was decided through a Blue-M&M-style crowdsourcing campaign, in which the public was asked to choose between three designs: the Biomimicry suit inspired by ocean life; the Technology suit that blends old-style suits with futuristic elements, like Luminex wire and light patches for visibility; and the Trends in Society suit, meant to resemble ready-to-wear clothes of the future. In the end, the crowd voted on the Technology suit, but, looking at all three examples together in the illustration below, it would be hard to guess that the Technology suit is the one on the left, followed by the Trends in Society design and the Biomimicry design on the right. 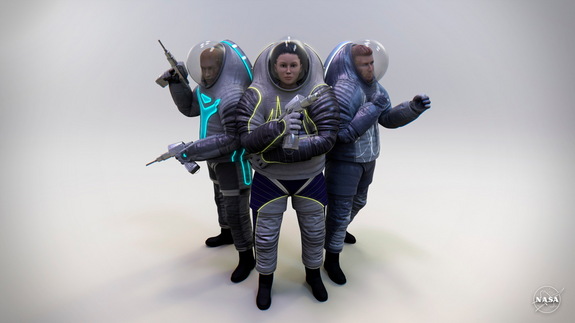 Next, NASA will have to put the Z-2 through a barrage of tests, including a variety of vacuum chamber tests, a test in the indoor pool at Houston’s Neutral Buoyancy Lab, and evaluations related to its mobility, comfort, and performance. All of this will lead to the development of the Z-3 design, the next iteration of the spacesuit. Mars is still a long way off, so, who knows what 2035 will hold.  By then, a virtual trip to Mars may be just as realistic as a physical one and no spacesuit will be necessary at all.  Regardless of how we get there, NASA will have had a fun fashion show in the process and their suit could eventually help us survive the harsh environment of Earth, post-climate change.