There’s a new 3D printing company on the stock market, only this time, we’re not talking about plastics or metals. This is electronics 3D printing, which, if it fulfills its promises, may pave the way for fabricating actual functional objects and not just parts.  Nano Dimension Ltd., the Israeli firm behind the DragonFly PCB 3D printer, has just received NASDAQ approval and will be listed for public trading in the coming days. 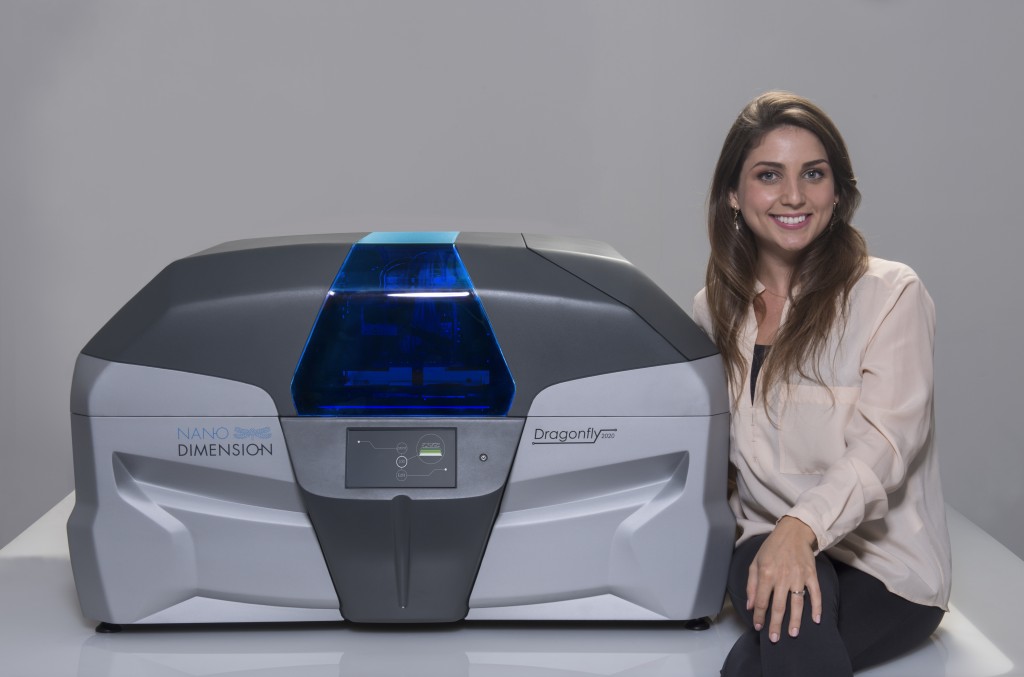 Davide visited Nano Dimension at the end of last year, where he got to see the company’s proprietary technology up close.  Using their DragonFly PCB printer, the company is able to quickly fabricate complex, high-performance, multilayer circuit boards.  Their latest system can switch between inkjetting, cleaning, and suction, allowing for a streamlined production process.  And their AgCite™ line of nanoparticle inks is highly conductive, altogether giving the DragonFly line the ability to perform the rapid prototyping of circuit boards, RFIDs, and OLEDs.

Now, under the stock symbol “NNDM”, Nano Dimension will begin trading on the NASDAQ Capital Market in the next few days, with the company announcing the exact date in the very near future. The Bank of New York Mellon is the firm’s depositary and each American Depositary Share (ADS) share will represent five ordinary shares in the company, as the firm continues to trade on the Tel Aviv Stock Excahnge, as well.

Amit Dror, Chief Executive Officer of Nano Dimension, says of the news, “Becoming a NASDAQ-listed company is an important step in our overall corporate development strategy as we look to increase awareness of Nano Dimension within the U.S. investment community and expand our presence in the U.S. market. This listing adds to recent milestones for Nano Dimension, including the confidence placed in our products by top-tier U.S.-based beta customers, a manufacturing agreement with Flextronics, new patent applications to further solidify our leadership position in the industry, as well as recent research grant approval from Israel’s Chief Scientist.” He adds, “As we list our ADSs on the NASDAQ, our ability to communicate our progress with a broader audience, raise the visibility of our strategy, and generate more value for our shareholders will improve significantly.”

We’ll be sure to let you know when the firm begins trading so that you can throw all of your money into the NASDAQ and watch it spin.