Multithread is a 3D printing design project from Clemens Weisshaar and Reed Kram, based on a specifically written software programme that has been developed to fix structural flaws in designed objects that could potentially result in breakage – a critical aspect, especially in the furniture context. This approach bears some similarities to Adobe’s Advanced Technology Lab’s project, which we reported on some time ago. However, Weisshaars and Krams Multithread doesn’t try so much to camouflage the extra structural parts calculated and implemented by the software’s algorithm – rather it is quite the opposite. The added parts are actually added as an elemental part of the final design — with colour added to match the stress directed to different parts of the final product.

Watch the illustrative video of the process below.

As described in the video, the software is particularly useful when designing objects with asymmetrical parts – once again giving the designers themselves more freedom to create structures and shapes not limited by traditional manufacturing methods. The 3D printing for the Multithread-collection is fulfilled by Selective Laser Sintering (SLS). Whether or not this specific software created by the designer duo could be applied to other types of 3D printing — machinery or materials — or not, remains unknown. What we can be sure of, however, is that structural software will play a much bigger role in the future of the entire 3D printing world, as designs become more and more intricate and demand structural integrity. 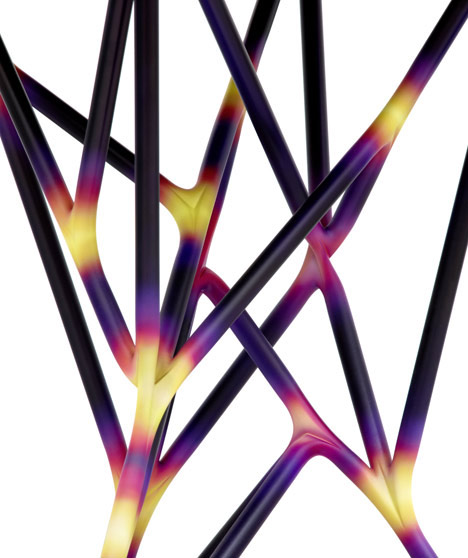