From the Moon to Meta-materials, Wide-scale Industry Adoption of 3D Printing has but Begun

The first 3D Printing and Additive Manufacturing – Industrial Applications Global Summit, that took place at ExCel London on November 19th and 20th offered an in-depth window into industry adoption of 3D printing/additive manufacturing (AM) techniques and the materials that will make up the future of industrial production at all levels.

The last-second addition of the European Space Agency’s Head of Materials Technology Section, Tommaso Ghidini, to the speaker line up, confirmed the ubiquitous nature of 3D printing. A total of 30 speakers covered all aspects of industrial AM and scientific research across the discipline, including Aerospace & Defence, Consumer Goods, Electronics, Medicine & Biomedicine, Oil & Gas, Sports Equipment and Telecommunication Equipment, as well as studies on new materials to be used in AM.

For the 130 attendees, coming mostly from the US and UK but also from all over Europe and as far as Australia, Brazil and Pakistan, it was a great opportunity to hear about what can be achieved by pushing the limits of 3D printing from the people who actually push those limits. Tommaso Ghidini and the ESA’s AMAZE project, to study the use of metal 3D printing for space missions, as well as for building human outposts on the Moon was a clear example and so were the Bloodhound supersonic car, presented by Daniel Johns of GKN Aerospace, and the state-of-the-art medical technologies applied by professor Scott J. Hollister of the Departments of Biomedical Engineering, Mechanical Engineering and Surgery of the University of Michigan. Such technologies have already been used successfully to save actual lives, as in the recent case, rightfully celebrated by the media, of baby Kaiba Gionfriddo’s tracheobronchomalacia and 3D printed bronchi. 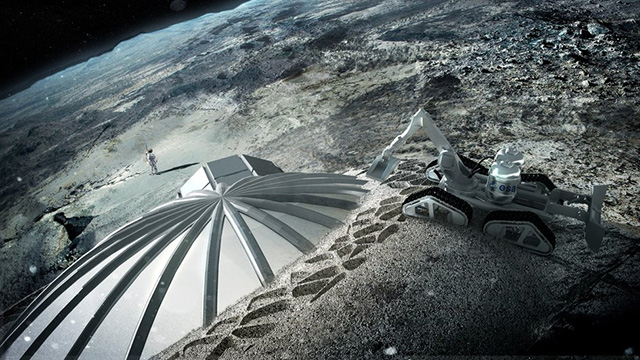 Many of these projects, as advanced as they may be, have been covered by 3Dprintingindustry.com.

However, as Professor’s Hollister’s lengthy qualification demonstrates, 3D printing technologies are more successful when different industry sectors work together sharing information and knowledge. This type of networking amongst industry representatives is exactly why we need Summits such as this and the initiatives that will follow will explore mutually beneficial insights into the commercial aspects of AM.

“As the doors closed on the 3D Printing & Additive Manufacturing Industrial Applications Summit 2013, attendees walked away with fresh insights into current commercial applications, the state of the art in the industry and solutions to a number of previously unanswered questions. Within the networking and conference areas, conversations were both informative and enlightening, and the feel-good factor was palpable”, said Grant McKenzie, the Summit’s Director for organizers London Business Conferences. “At the request of industry attendees, we are delighted to announce a series of initiatives moving forward of an equal calibre to explore and deliver further much-sought-after insights into all commercial aspects of additive manufacturing,” he added.

The second day of presentations was entirely dedicated to materials science, one of the most strategic and fundamental aspects for the future development of the AM industry and its broader adoption. This part of the Summit proved, perhaps, even more useful to many of the participants, as speakers dug deep into the physical, chemical and compositional characteristics of plastics and metals used in 3D printing, as well as the implications of cost effectiveness. Representatives from Bayer, Dyson, BAE Systems, from Universities and from research organizations such as the Fraunhofer Institute were called on to discuss how materials can, and will, define the next era of tailor-made industrial production.

Rather surprisingly, the automotive industry was scarcely represented. Williams F1 dropped out before the beginning of the Summit and Sylviane Rogosnisky, Innovation Project Manager from the Renault Group made only marginal contributions during a round table discussion. This may be interpreted in many different ways but one that immediately comes to mind is that the automotive industry is probably the sector where the application of AM technologies can represent the greatest strategic and most immediate advantage against the competition. No one wanted to reveal too many secrets. It may be a good sign, implying that the car industry is extremely receptive to this technology, or a bad one, demonstrating the lack of inter-segment communication and cooperation that can make a difference when new means of production are being explored.

The 3D Printing and Additive Manufacturing Industrial Applications Global Summit will return next year, along with a series of initiatives by London Business Conferences. In the meantime the next place to be for the industry is at Euromold in Frankfurt, where next December 3rd, close to 1,000 companies will exhibit products and technologies, a growing number of which will be directly tied to 3D printing and additive manufacturing.