In an effort to make 3D modeling and 3D printing more accessible, Modio‘s 3D printing app gives users the ability to create action figures with modular pieces.  And they’re spreading their modular love across all devices.  After first launching their Modio app for the iPad in May, the company has just released it for iPhone, bringing the app to an even larger number of people. 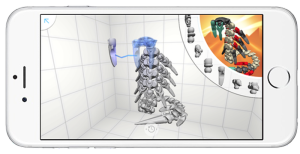 Redesigned for a smaller screen, the new iPhone app allows for the same design and customization experience for the mobile device.  Coupled with the new version, Modio has also added some new characters and parts to their library so that users have a whole new variety of pieces to snap together and texturize.   To 3D print the figures, users can use any 3D printer, but, as a part of the MakerBot Developer Program, Modio’s products are all integrated with MakerBot’s line of 3D printers. 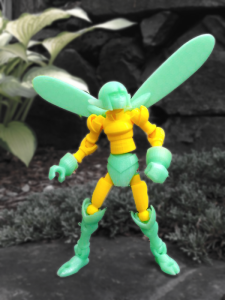 Founder & CEO of Modio, Hilmar Gunnarsson, had this to say about the new release, “We are excited to launch Modio for the iPhone. You now have this powerful modeling and 3D printing tool on a device you take with you everywhere. With this release are some new characters as well that really add to the variety of parts available for custom creations and 3D printing.”

In addition to their new mobile app, Modio has announced a re-mix design challenge hosted on Thingiverse, in which Modio fans are asked to use Modio parts in the most ingenious ways possible to create wholly new objects.  Over the course of the next two weeks, users can upload their designs to Thingiverse with the hashtag #ModioChallenge to enter to win an iPhone 6+.  Full rules can be found on Thingiverse, here. Good luck! And may the best re-configurable 3D printed design win!