“We are going to start stocking our 3D printer in 32 Media World stores,” Matteo revealed, “and the reason why they chose us as partners for this venture is that we intend to be present in the most strategic stores with promotional teams that will show the machine’s potential to Media World’s customer base. For Media World, it is also an opportunity to begin targeting a prosumer target, letting designers, artisans, and small manufacturers know they can find professional hi-tech products.” 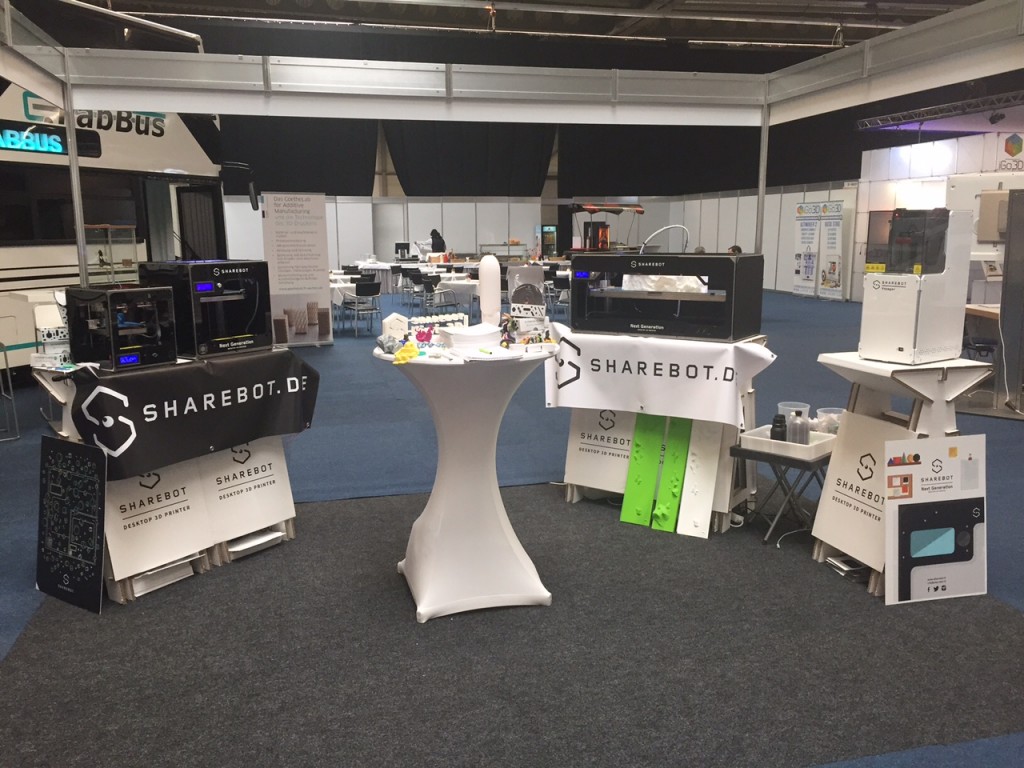 This partnership, which adds to Sharebot’s recent agreement signed with Pico (a large consumer electronics distributor in Italy), marks a new phase in the Italian manufacturer’s growth, one that is very much focused on Germany and the German market, coupled with the recent opening of the company’s German branch, in collaboration with Berlin’s Dimension Alley.

“We feel that the German market is very similar to the Northern Italian one, except that it is much larger,” Matteo said. “That is why we intend to establish a solid, local customer service departments, so that we may be able to support our German customers services in their language.” Sharebot’s entrance into the German market, with their Sharebot.de division (and a soon-to-be-opened GmbH corporate structure), has been built upon the ongoing collaboration with Berlin-based 3D print store Dimension Alley and participation at many local fairs, including Erfurt’s FabCon, and Berlin’s Inside 3D Printing. 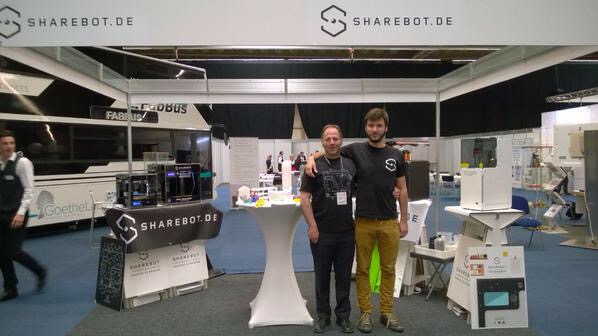 Now, the main challenge for Sharebot is to build up a large commercial department for its German operations and the company is definitely hiring. “We are looking for people to help us build our presence on the German market, both by attending trade shows and working on commercial and marketing operations.”

For this market, Sharebot is leveraging its Voyager DLP System (with which it aims to compete with industry leaders such as EnvisionTEC) and the upcoming release of its first SLS system, which might prove strategic in a market dominated by Germany-based EOS, along with the company’s trademark XXL model, which offers a 700 mm wide build space.

“Germany has hundreds of 3D printing and rapid prototyping services; however, there aren’t many low-cost 3D printer manufacturers,” Matteo continued. “For this reason, we think that the time may have come for many German companies to discover the advantages of having a small 3D printer in-house. This would enable them to to optimize the testing process, with pre-prototypes built quickly and affordably on location.”

With its DLP system in particular, Sharebot has worked on offering a high quality product coupled with high quality materials. This means that the machine comes in at well above €5,000, but can offer several advantages. “We did not want to just put out a cheap product, so we worked on several interesting innovations,” Matteo added. “We developed a patent pending system that ensures that the vat remains clear, even after several liters of resin have gone through it, and that the printing process is precise and highly repeatable. We have also worked with an Italian company to develop excellent casting resins for jewelry, as well as resins that satisfy the dental industry’s requirements (which could be a very powerful asset in a nation where dental care is largely covered by the State).”

It will be interesting to see if a small company like Sharebot will be able to face off successfully against the giants of 3D printing; however, if you happen to speak German and want to be part of the project, just give them a call.