When I was a kid, I’d have these sleep overs for my birthday party where all of my friends would bring over their Nerf guns and I’d get a few as presents and then we’d build forts on either side of my family’s TV room, split up into teams, and spend the first half of the night shooting each other with foam bullets and darts.  Having mostly blocked out the part where someone would inevitably hit their head on the corner of a desk, start crying, and end the game, recollections of these Nerf wars are seriously some of the best memories I have from that time.  I had no idea that those days never had to end.

It turns out that there’s an entire community of people who continue these Nerf games into adulthood, taking it so seriously that they require their own holsters, magazine holders, and other accessories.  As Basic Nerf, a blog devoted to all things Nerf, explains, “a lot of people using Nerf tactical gear actually get it from the AirSoft community or the paintball community.  And, while a lot of times the items from the AirSoft and paintball communities may work, their purpose was not specifically tailored for Nerf gear. Sometimes you feel uncomfortable using them or sometimes your performance isn’t as good as it should be.” 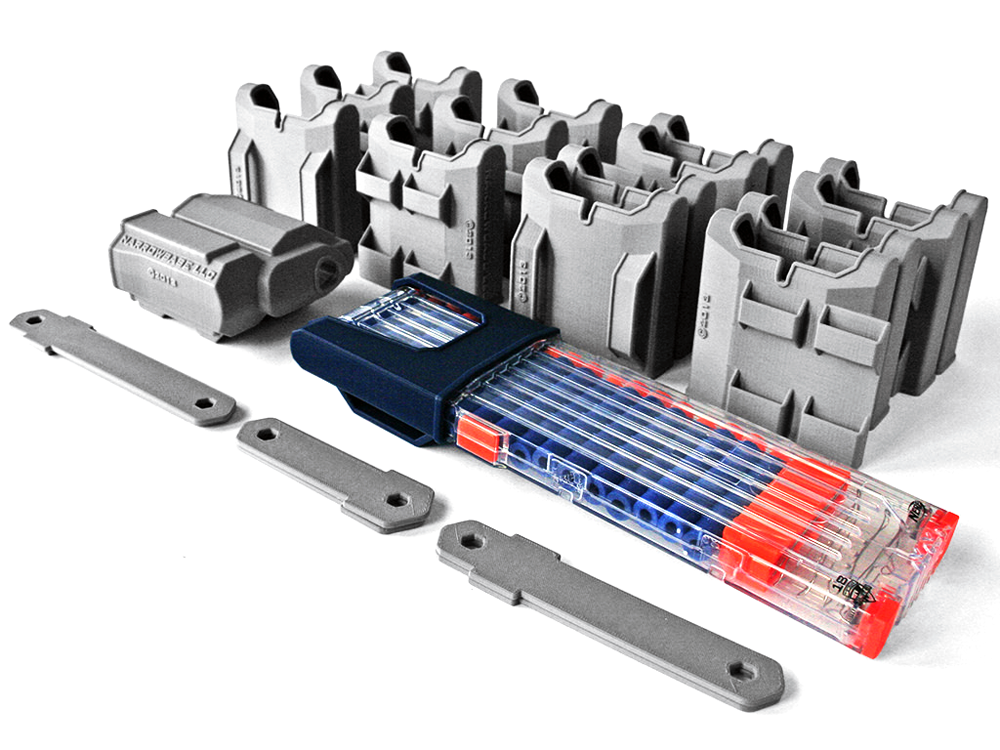 Again, 3D printing steps in to fill the needs of people with niche interests that don’t necessarily demand a huge quantity of mass manufactured goods.  NarrowBase LLC was started by Phil Angileri in 2004 as a design and engineering consultancy with a focus on product development, specifically taking into account the human factor in product design. Though Angileri seems to have produced items in a number of fields, the NarrowBase site sells only one thing: 3D printed Nerf accessories. 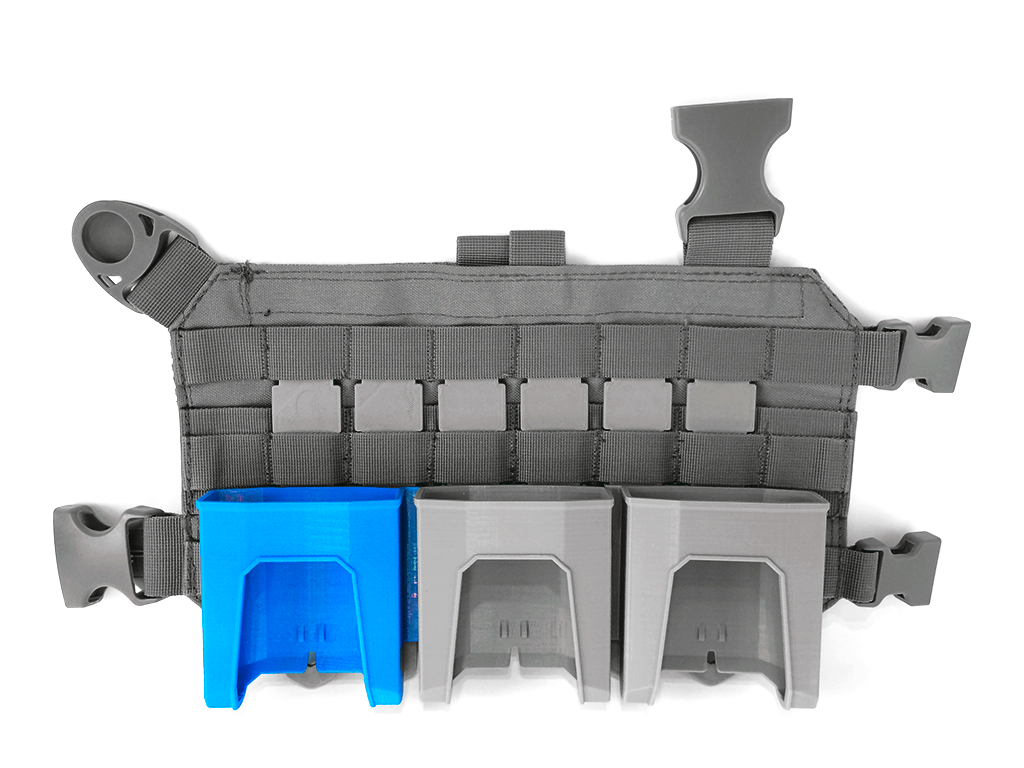 The range of PLA Nerf products the site sells are currently limited to a holster for one specific gun, the FireStrike, and a range of magazine holders, but Basic Nerf, which has tested a huge number of Nerf products, is happy with what he’s tried out from NarrowBase.  Previously, the 21-year-old Angelino behind Basic Nerf was unable to carry a foam firing sidearm for lack of a proper carrying device, but, with the 3D printed FireStrike holster, he’s got his precise back-up weapon for his next Humans vs. Zombies game.

This latest development, with my access to my own 3D printer, is almost enough to get me to look up where a local Nerf war might be going down so that I can relive my youth before my knees and back finally give out with age.