At the last Toronto 3D Printers meetup, I finally got a chance to check out some LAYWOO-D3 wooden 3D printing filament.

If you’re not familiar with it, LAYWOO-D3 is basically compressed sawdust – mixed with an unspecified polymer — extruded into 3mm filament for hobbyist 3D printers.

The material is still quite experimental, but the prospect of 3D printing real wooden objects is, well, awesome!

Anyway, one of our members had some wooden filament loaded into his Printrbot and offered to print something. I normally wear a set of Space Invaders plugs in my stretched earlobes, so I chose a set of those to be made in wood.

The first layer was a bit tricky: 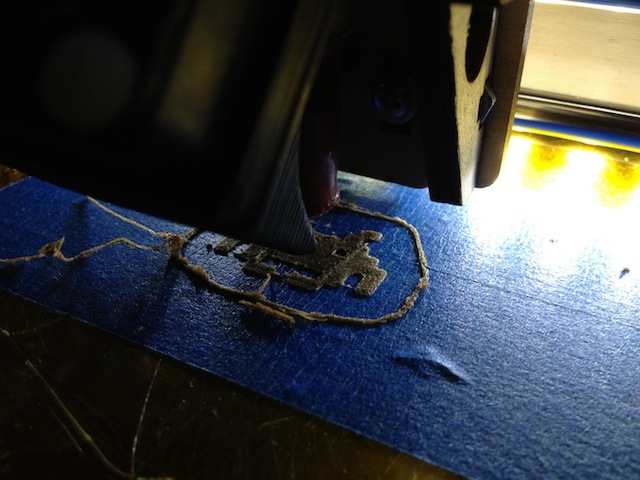 One of the finished Space Invaders: 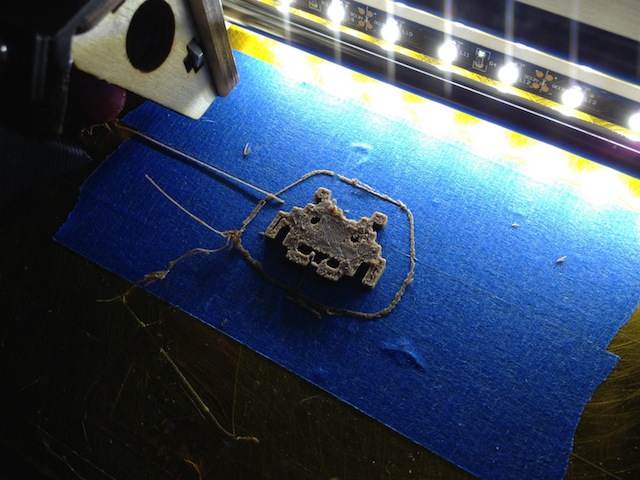 It took a few attempts, but eventually we had a set of two, ready to be assembled and worn: 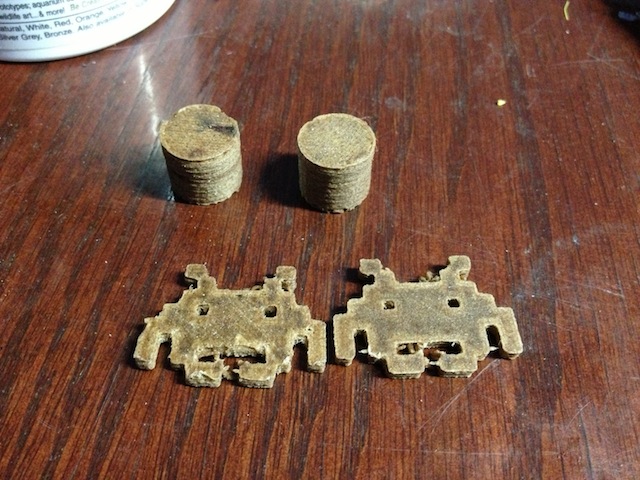 Finally, here’s a time lapse video of the printing in action:

With any luck, wood will someday be a standard material for hobbyist and prosumer 3D printers!