Many hobbyist 3D printers have pretty generous build envelopes these days. Large objects, even made in a few pieces, are quite practical.

On an older device like my MakerBot Cupcake, the build envelope is quite a bit more limited. (In fact the Cupcake was so named because it was originally practical for making things of about cupcake-size.)

Now, I’m no stranger to printing objects in a bunch of pieces to assemble something larger, but my attitude towards doing so changed when I saw Cosmo Wenman’s gigantic horse head sculpture. His life-size 3D scan was split into 29 pieces and printed on a MakerBot Replicator.

Seeing that done flipped a switch in my head. I wouldn’t have bothered attempting to make a sculpture from so many parts before… But with clear evidence that it was practical, I realised that I could do something similar on my Cupcake with just a bit of patience.

I decided to slice up another of Wenman’s life-size 3D scans: this bust of Alexander the Great. Originally cut into nine pieces for the Replicator, I was able to make one for my Cupcake in 27 parts. (Or 39 parts on stock models without a height upgrade installed.)

It took about 40 hours to print, and another 20 in pre- and post-production, but it worked!

First, the full set of parts, grouped into sections: 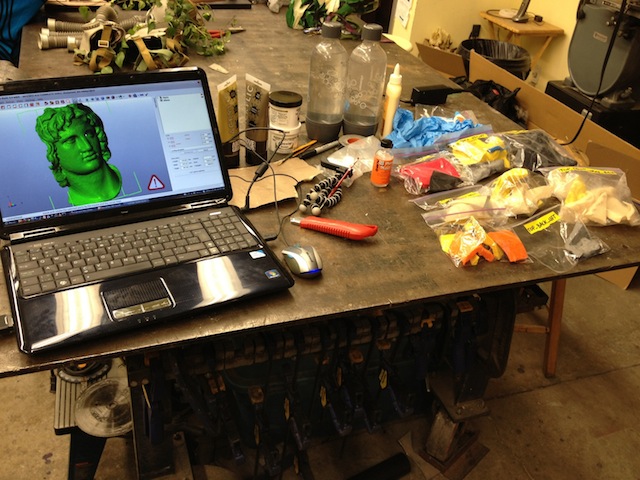 Assembled with a ton of superglue: 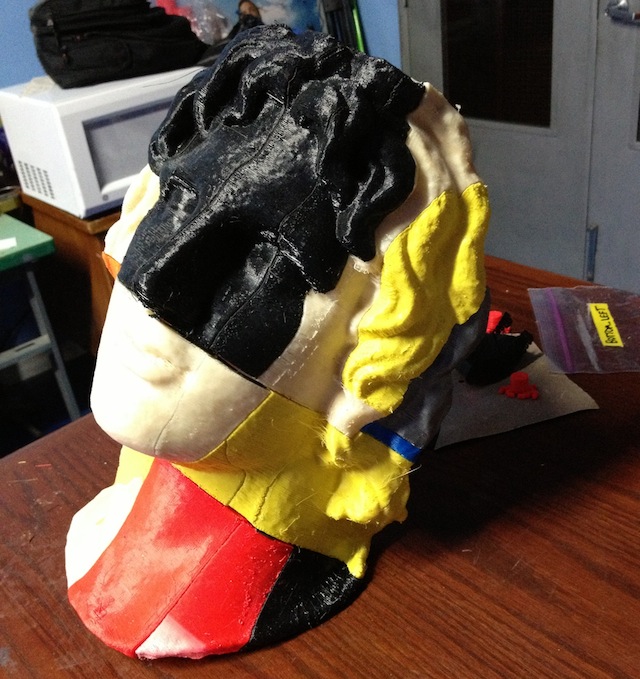 The outside coated with modelling compound: 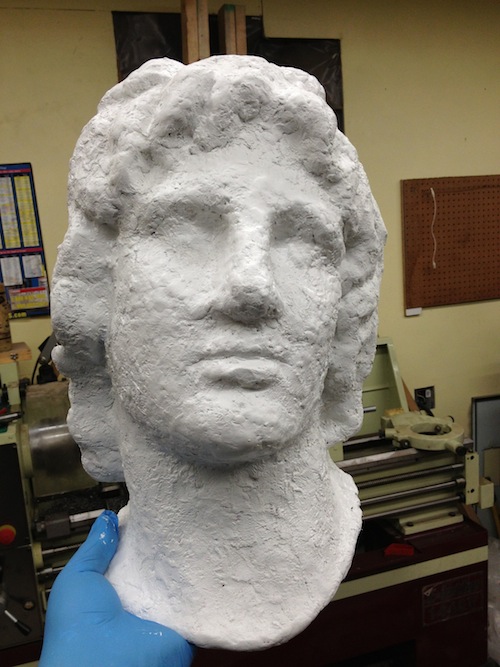 And finally painted, waiting to dry: 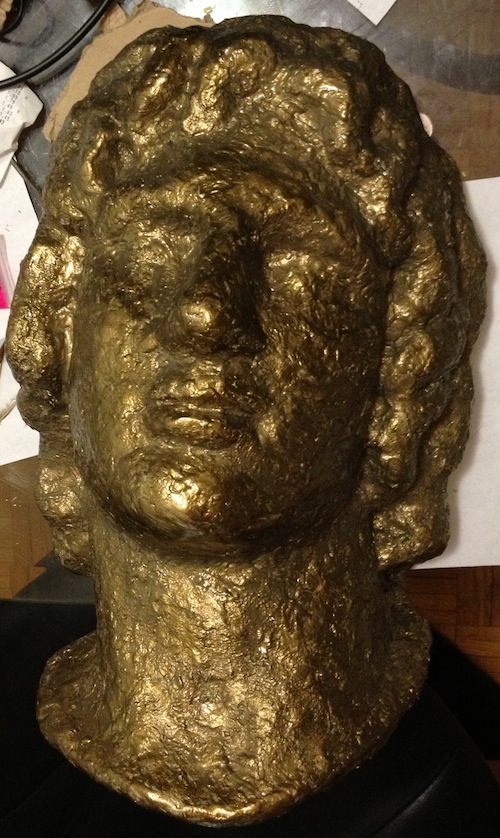 So whatever size build envelope your 3D printer has, think big! If you’d like to give my version of Alexander the Great a shot, it’s available here.