Sebastian Schuster of Zipfelmaus.com spends a lot of his time Making, so much so that everything he owns seems to be a custom job. This means that, even his bicycle requires specially designed components. After printing a rear reflector mount for his bike in May and posting the process to his blog, he’s gone on to print custom mud flaps, too. 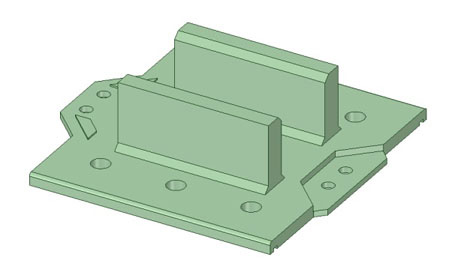 According to Schuster, his bike is “special, so special, that normal mudguard systems do not fit or, at best, are keeping only half of the dirt away from me.”  Because the build volume for his 3D printer is 150mm3, he needed to make a modular bike shield. Using DesignSpark Mechanical, the Maker broke his project up into three repeatable pieces, but, before going through the time-intensive process of printing a prototype, Schuster used the crudest method of all: pen and paper. 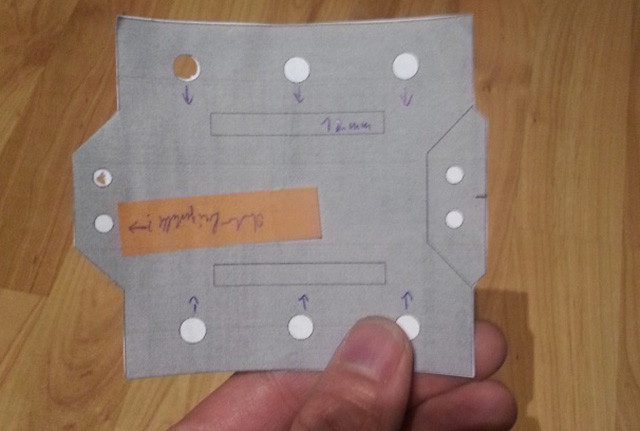 The above paper prototype allowed Schuster to modify his CAD file more quickly than a printed equivalent. As a result, he was able to print his modular mud flap flawlessly in three parts. He zip-tied them together, added some rubber spacers, and his custom mud flap was ready to go. 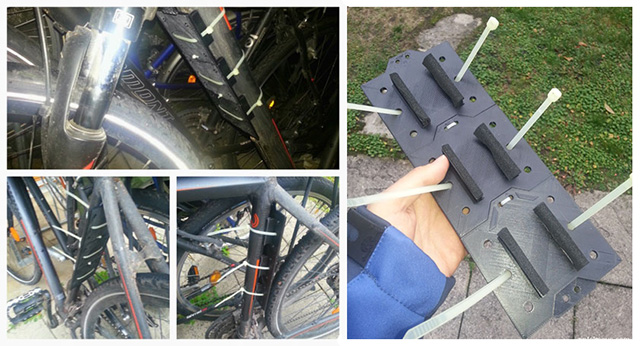 Look forward to more personal innovations from Zipfelmaus.  As CAD modelling gets easier and 3D printing becomes incorporated into our everyday lives, it’ll be easier and easier to take a prosumer approach to everyday problems and people like Schuster will be the Martha Stewarts of the custom, 3D printed world.