According to the study, which involved interviews with over 1,000 professionals operating in fields ranging from food processing to aeronautics, about half (44%) of respondents plan to increase spending on 3D prints by at least 50%, while as many as two-thirds (68%) expect an overall increase in the upcoming year. The expected increase is noted across several industries, reinforcing the impression that additive manufacturing is present and growing annually, and in all sectors. 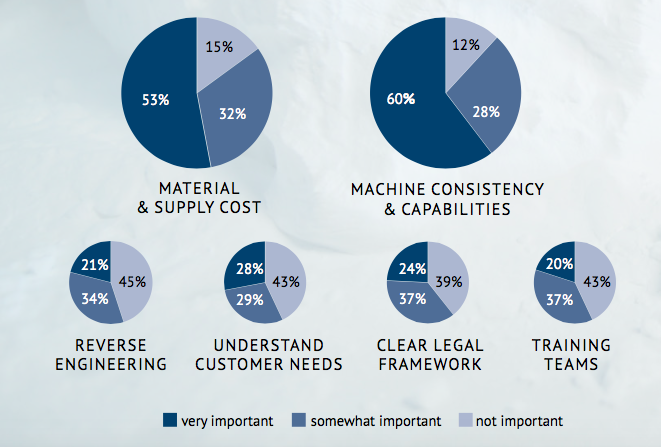 So, what is currently seen as the biggest limit for greater 3D printing implementation? According to Sculpteo’s study, over 50% of professionals consider very practical aspects of the technology – such as the price of supplies and machine capacity – to be the most important factors that need to be improved. Other, more theoretical aspects, such as training requirements, consumer needs, legal framework, and reverse engineering, were determining factors for only less than 30% of respondents.

The main drivers for 3D printing adoption were identified as “accelerating the development of new products and the ability to offer customized or limited-run products.” In this sense, users once again showed less concern for less concrete possibilities, such as enabling co-creation, increasing production flexibility, and improving spare parts management. These, which are probably seen as opportunities to capitalize on further down the road, were marked as determining factors by less than 20% of respondents.

One other factor that gives us a clearer understanding of this analysis on the “state of the 3D industry” is the different approaches between US and European-based professionals, which make up 91% of the study’s respondents. Sculpteo, which divides itself between Paris and San Francisco is naturally interested in finding out about both. The perception is that Americans see 3D printing technologies as a way to allow anyone to produce better products, while Europeans see it as a way for high-end professionals to make even better products than before. 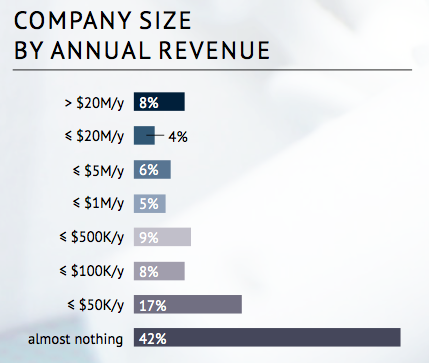 The difference seems subtle: “On the one hand,” the Sculpteo team writes, “there is a European mindset wherein 3D printing is the clearly defined domain of trained specialists. On the other, the American vision which foresees endless 3D printing possibilities and accessibility to everyone within the company.” The question of the receptiveness of businesses to 3D printing technologies is evidenced by the differing mentalities between the two continents. Americans see 3D printing as a reliable means of manufacturing when they need a consistent solution to a clear-cut problem. However, Europeans remain attached to the view in which 3D printing requires a special expertise. This data supports the idea that 3D printing is less accessible in Europe, where people without experience in 3D printing would feel less inclined to think of it as a possible solution, or even less enfranchised to use it. In other words, Americans appear generally more receptive to new technologies. Albeit, 3D printing is still a very young and volatile sector of manufacturing and the international scene may change significantly in just a few months time. Sculpteo’s report, however, gives a very clear indication of the current state of the industry and it will be interesting to see how the company will use this information for its own future developments.