When we first wrote about The Open RC Project almost two years ago, there were only a few hundred people in the small, but active Google+ community. But now membership has swelled to over 2,000, each bringing their own projects and insight into the project and as a result the 3D printed RC car has reached new levels of durability.

Several 3D printing materials were used in the development of the Open RC car, including ABS, Nylon, Polycarbonate, tritan, PCTPE and recently NinjaFlex for the tires. While some parts like screws, bearings, pins and electronics are not 3D printed, the chassis, axles and internal mechanisms are almost completely 3D printed.

The Open RC Project was started in 2012 by Daniel Norée as an experiment to see if 3D printers could create an RC car that was the equal to traditionally manufactured RC vehicles. The project was open sourced because Norée wanted the valuable input that fellow RC and 3D printing enthusiasts would bring to it.

“I´m trying hard to push the limits of what you can do with parts 3D printed on “reprap-style” 3D printers,” explained Norée. “I get told a lot that ‘you can’t do this’ or ‘you can´t do that’, so I just like to prove them wrong …. and I think I just did.”

Norée has spent hundreds of hours developing his Truggy RC car, and he’s broken many of the parts that he’s 3D printed for the project through trial and error. He’s also had the ever-growing Open RC Project Google+ group behind him, working alongside him on their own projects, and helping him perfect his. But he says that it was all worth it, and based on his results I’m hard pressed to disagree. 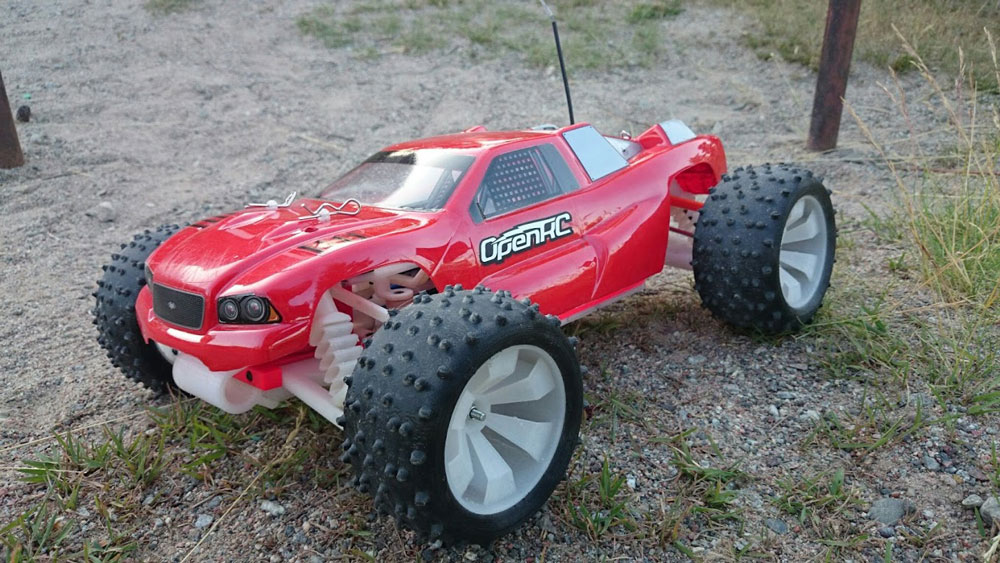 I’m sure the project is far from over for Norée and the rest of the Open RC Project’s fans and Google+ group members, but I think it’s safe to say that they’ve done a pretty good job with producing a great 3D printed RC car as this video of it in action can attest:

If you would like to join in on the fun, then go on and visit the Google + group and get started. You can download the Truggy files from the Open RC Project Wiki, join in the conversation there, and even upload your own results. You can also download the files directly from GrabCAD, Youmagine, and of course Thingiverse.