The Chinese Dalian Municipal Government reports that a team at the Dalian University of Technology have developed a trial version of a new type of 3D printer: with an industrial scale output of some 1.8 x 1.8 x 1.8 meters! The 3D Printer uses laser technology, a furnace, and processes good old-fashioned sand… 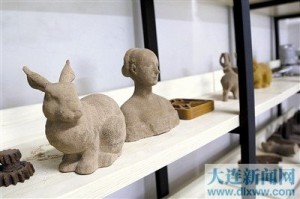 Professor Yao Shan of the university team has said that this technology utilizes a process of casting moulds for large, complex, industrial prototypes. With its unique technique of “contour scanning” the team claims that processing times are shortened by 35% relative to volumetric output, thus reducing manufacturing costs by some 40% compared with other types of additive laser technologies.

This new twist on large-scale 3D printing holds two national invention patents in China. The material for this 3D printer is common coated sand for industrial use, which costs less than 1,000 Yuan (USD$163) per ton.