Everyone may be in a hubbub about NASA installing a 3D printer on the International Space Station, but there are plenty of other players, too, hard at work extolling the benefits of reduced weight, a critical factor for space flight, of 3D printed designs.  The ESA has already used EOS selective laser sintering to 3D print supports for a large satellite, but, now, Korean satellite manufacturer KT Corporation has beat the size of those parts, working with Thales Alenia Space to fabricate what will be the largest 3D printed spacecraft parts yet made. 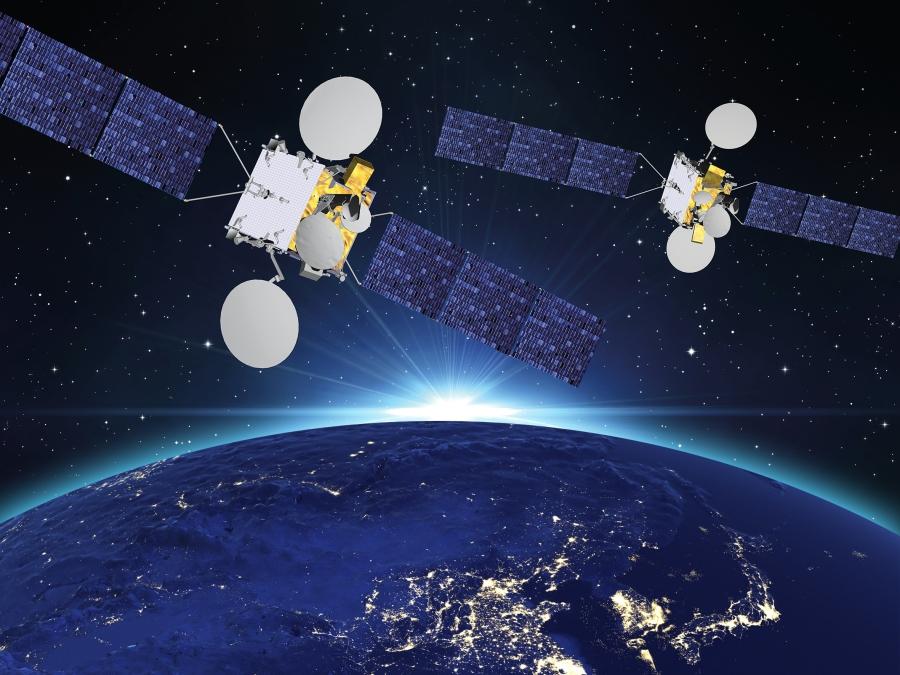 For the Koreasat 5A and Koreasat 7 satellites currently being built, Thales Alenia Space is using the second largest laser beam melting machine yet made, the Concept Laser Xline 1000R, to 3D print telemetry and command antenna supports.  The identical, aluminum supports measure 45cm by 40cm by 21cm (17.7″ x 15.7″ x 8.3″) in size, perfect for the massive Xline 1000R, which belongs to the firm’s French partner, Poly-Shape. 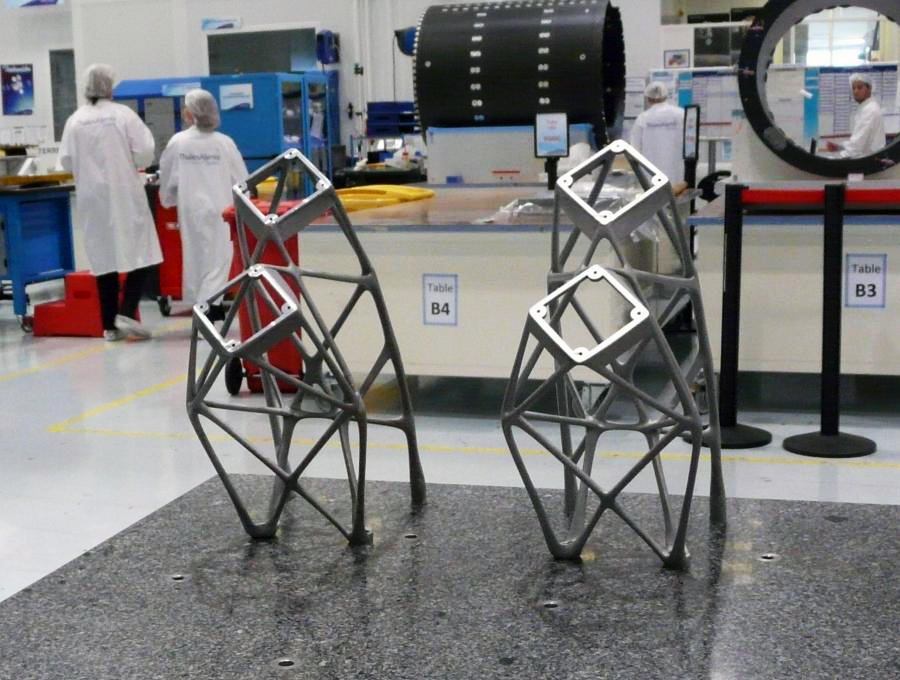 Thanks to their 3D printed, biologically-inspired design, the parts offer 22% in weight savings and 30% in cost savings, in comparison to traditionally manufactured counterparts.  In addition, 3D printing reduces the production schedule down by one or two months, while increasing performance.  At the same time, these parts were able to pass vibration acceptance tests, necessary for launch.

Because the TurkmenAlem satellite built by Thales Alenia Space and launched in April features a similar antenna support and the Arabsat 6B satellite, to be launched in French Guiana, is scheduled for a November launch, the company sees no reason why these two spacecraft won’t see the largest such part launched into orbit either. And, maybe if more partnerships like that between Made In Space and NanoRacks begin to form, we’ll even see those types of parts 3D printed in space itself in the not too distant future.