Though the 3D printing movement has been growing by leaps and bounds within the professional and educational sectors for a little while, it now appears that the Korean public at large is finally ready to embrace the technology.  At least, this constitutes the belief and hopes of the publisher of a new set of specialty publications dedicated to 3D printing. 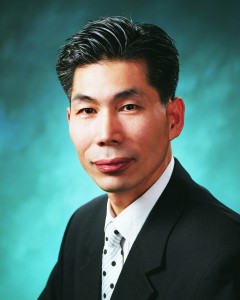 We met Mr. Cho Sung-Su at the Imperial Palace Hotel in downtown Seoul to discuss his new ventures and ask him why he thinks Korea is now ready for its own 3D printing publication.  As it turns out, Mr. Cho is an experienced publisher who has been involved in the media and publishing industry for quite a long time. He was a former board member and auditor of the Korean Magazine Association, former secretary general of the Korean Columnist Association, and is currently the CEO of Publishing King Content. As for 3D printing?  Well, as he tells it, he became interested in 3D printing during a business trip to Japan a few years ago.

While in a bookstore looking for something to read on his upcoming flight, he saw the October 2012 issue of Wired magazine, featuring Bre Pettis on the cover.  He bought the magazine, read it, and was hooked.  He told us that, at the time, he was busy publishing Golf Monthly, which was the most popular golf magazine in Korea.  He thought about publishing his own 3D printing magazine, but knew that the market wasn’t quite ready for it yet, so he waited. 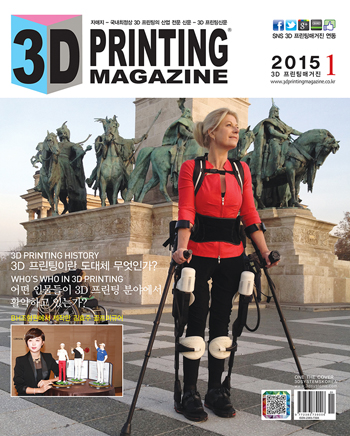 During the three years since the idea for the magazine first came to Mr. Cho, he has been occupied preparing his 3D printing media outlets. He and his crews have travelled all over the world, visited exhibitions, factories, trade groups, and government officials to save and create quality content for the magazine, and to educate himself and his staffers.  One of the first things he did was to form a 3D printing consulting group.  The group includes such impressive authorities as the BH Art Center, 3D items, Youngil Educations Systems (reseller of MakerBot products), Anatz 3D Printers, the makers of the Willybot 3D printer, Kookje and Kunyang University professors, executives of Inteli Korea, and TPC mechatronics.

He told us that his 3D printing media will be comprised of approximately 40% domestic and 60% out-of-Korea content and cover almost everything having to do with 3D printers; from applications, technical innovations, and materials, to terminology, history, and governmental policies.  He is definitely an action-oriented leader, as he is now mapping out a 3D printing exhibition to be held at Cheongwadae, the Korean presidential residence.  His idea is to provide Korea with the same shot-in-the-arm that President Obama provided to the United States.

Looking at the first issue, the magazine is well organized and very attractive.  It is about 140 pages long, printed on glossy magazine stock, and is in full color.  In addition to a plethora of stories and photographs, its pages are host to several high profile advertisers including; Samsung, MakerBot, Canon, Elizabeth Arden, Yamaha, Stratasys, 3DSystems, Michelin, BMW, several consumer brands, fashion houses, and a number of tourist boards and travel companies.

After the congratulatory messages, the magazine’s first story is, appropriately, an explanation of the history of 3D printing and the basics of how the technology works.  Next, the magazine explains the major figures in the world of 3D printing and why they were important. Short biographies of Charles Hull, Carl Deckard, Joseph Beaman, Scott Crump, Abraham Reichental, Adrian Bowyer, Ping Fu, Bre Pettis, Peter Weijmarshausen, and Alice Taylor are all there.  The next story introduces readers to the Korean domestic manufacturers and distributors of 3D printers and brushes over the basics of printing materials, 3D scanning, and 3D modeling software that are popular in Korean firms.  There are a couple of short stories on travel destinations in Japan and the Czech Republic and a very short “lifestyles” story for variety.

All in all, it was a very nice meeting and the magazine looks like it will be a first rate publication.  If the average Korean reader is half as impressed as a couple of 3DPI reporters were, it should do an awful lot to raise public awareness and move the industry forward…and make some money doing it.