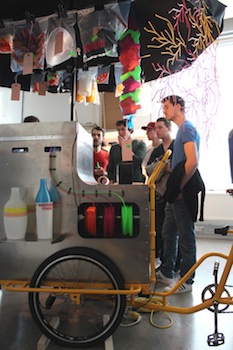 Belgian design studio, Unfold, has worked with 3D digital technologies such as 3D printing and 3D scanning for years and is a bold advocate of the advantages of the technologies as well as a creative hub for new and exciting applications.

At this year’s Istanbul Design Biennial, which is running from 13th October until 12th December, Unfold will be demonstrating Kiosk 2.0, a great new concept for bringing these digital technologies to a wider audience. This project is an updated version of Kiosk, originally developed last year to take 3D scanning and 3D printing to the man on the street — literally.

Embracing a street vending culture Kiosk 2.0 is essentially equipped with a 3D scanner (from Polhemus) and a 3D printer (from Bits from Bytes) and offers the mobile services to passers by. The ethos is about community creatives — along similar lines to the FabLab culture, but taking the technologies out to the community and making them both accessible for new customised applications and open source with a shared database of 3D designs.

Unfold was founded in 2002 by Claire Warnier and Dries Verbruggen. 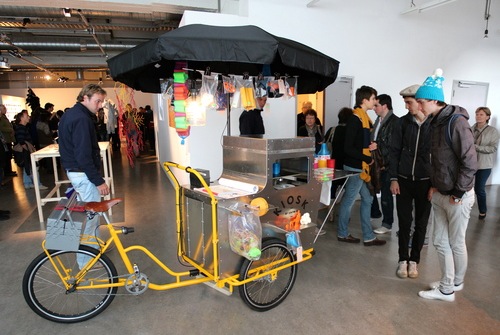