In May, a 28-year-old Japanese man, Yoshitomo Imura, was arrested for 3D printing two guns and publishing videos of the process online.  The verdict on Imura has now been decided by the Yokohama District Court, with presiding judge Koji Inaba sentencing Imura to two years in jail.  This is not only the first such punishment in Japan, a country with strict gun control laws, but the first in the world. 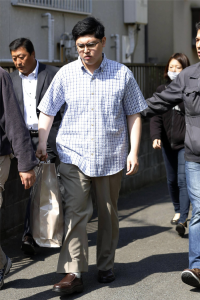 The police initially confiscated six guns from the former Shonan Institute of Technology employee’s home, including one Liberator Pistol, the original 3D printed gun designed by Defense Distributed.  The guns were fabricated on a ¥60,000 (roughly $590) 3D printer, likely a DIY-style machine, demonstrating that printing guns on a low-cost printer is possible. While Imura’s lawyers argued that their client was not aware that manufacturing guns was illegal, the court found him guilty of making two of the six guns at home.  Judge Inaba said of the crime, “The criminal responsibility for this act is serious,” because others might be pushed to copy Imura after watching the video.

Gun laws specific to 3D printing have yet to be implemented in most countries, except Australia, where the Weapons (Digital 3D and Printed Firearms) Amendment Bill 2014 was created to outline procedures for obtaining a digital firearms license.  Though similar laws have not been passed at the federal level in the United States, despite attempts by some lawmakers to do so, Philadelphia has banned the practice of printing guns.  On the other hand, Governor Jerry Brown in California did not sign a bill, which would have required DIY guns to be registered with the state.

Such a sentencing does not necessarily reflect on a direction towards banning 3D printed guns in Japan, specifically, but is an extension of their already existing gun control laws.  As many in the 3D printing community argue, the issue here is not the practice of 3D printing guns.  Instead, the debate should be applied to gun control as a whole and whether or not the regulation of firearms is necessary.  Still, it’s possible that this story will ignite the mainstream media’s 3D printed gun hype further.