The recently reported patent spat between two 3D printing startups offers some insight for businesses about IP rights. The spat involves a fairly common business disagreement: who owns a patent on technology that both companies use?

One player is NewPro 3D, a company headquartered in Vancouver that makes 3D printers using vat photopolymerization, also known as stereolithography or DLP, depending on the light source implemented. NewPro 3D was a stealthy company and hadn’t appeared in the 3D printing news until November 2015, when Nexa3D launched a Kickstarter campaign.

Nexa3D is an Italian company with its own vat photopolymerization machine. Nexa3D’s Kickstarter campaign claimed one of the fastest printers in the world at 1 cm/min, and more importantly, using patented technology.

The “patented technology” claim struck a nerve with NewPro 3D’s Diego Castanon. In late November, Diego took to Kickstarter’s message boards to explain that Nexa3D did not, and could not, have a patent on the technology because NewPro 3D invented the technology and filed for a U.S. patent in April 2015. Castanon also said that Nexa3D filed a European patent application in October, 2015 using NewPro 3D’s own description and drawings. Interestingly, Castanon provided the cover sheet of his own company’s patent application to 3DPrint.com, to show that his application dated back to April 2015.

Here’s the rub. Internationally-filed patent applications are not published for 18 months. This appears to be the case here, since we cannot find either application using online patent searches, and we’re told that the patents were only filed in April and October of last year. This begs the question, how would NewPro 3D know the content of Nexa3D’s patent application? We don’t know.

In any case, Diego’s posts were correct when he asserted that a patent application is not a patent, and that without a granted patent, Nexa3D would not be able to prevent other companies from manufacturing its 3D printers. But even if NewPro 3D obtains a patent on the technology, it is possible in patent law that Nexa3D may be able to obtain its own patent on the same technology. For example, the U.S. Patent Office or a foreign patent office may not have known about NewPro 3D’s technology, and inadvertently granted Nexa3D’s patent application. The two patents could also claim different aspects of the same or similar technology. In fact, this happens often.

So what can we learn from this? For starters, international patent applications are typically not published for 18 months. Although prior art searches may be performed by patent attorneys and agents prior to filing a patent, the searches do not, and cannot, find all potential prior art that can be used to prevent a patent from being granted.

What may be most important here is companies need to know the implications of accusing another company of patent infringement. In the United States, such an accusation can result in the accused company filing what is called a declaratory judgment action. A DJ action can be filed by a potential infringer against a patent holder in an attempt to obtain a judgment declaring that the patent is invalid or that the potential infringer’s product does not infringe the patent. By simply accusing another company of infringing a specific patent, the accusing company may be drawn into a costly patent lawsuit in a court of the alleged infringer’s choosing. Of course, there are many exceptions and nuances to DJ actions, but anyone reading this would be well advised to consult with their attorney before accusing anyone of patent infringement.

Although NewPro 3D and Nexa3D haven’t engaged in patent warfare yet, there is probably some animosity. A stealth company had to come out of the shadows, a Kickstarter campaign was forced to end early, and plenty of anger has spilled onto Internet message boards. What happens next is anyone’s guess. 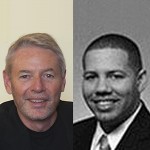 John Hornick is a partner and Carlos Rosario is an associate with the Finnegan IP law firm, based in Washington, DC (www.finnegan.com ; [email protected]). Any opinions in this article are not those of the firm and are not legal advice.