I’ve noticed two major trends in 3D printing lately: SLA and DLP 3D printers are getting more affordable while FDM/FFF 3D printers are getting bigger and more complex. Barcelona, which is one of the world’s major centers for digital fabrication and 3D printing, is seing both. First, with the Stalactite DLP 3D printer and, now, with Jere Hiltunen, founder of Allied Dimension, who has developed an impressively large, tailor-made 3D printer with six independent extruders.

Fused filament fabrication 3D printers are not just getting larger; more and more often we are seeing seven-axes robotic arms being used to extrude filament or pastes and build 3D structures with them. A few weeks ago, we presented the Kloner3D 240TWIN, with a double-independent extrusion system, and we also brought you the latest developments on the 5axismaker.  Now, Allied Dimension is on board with their own machine. 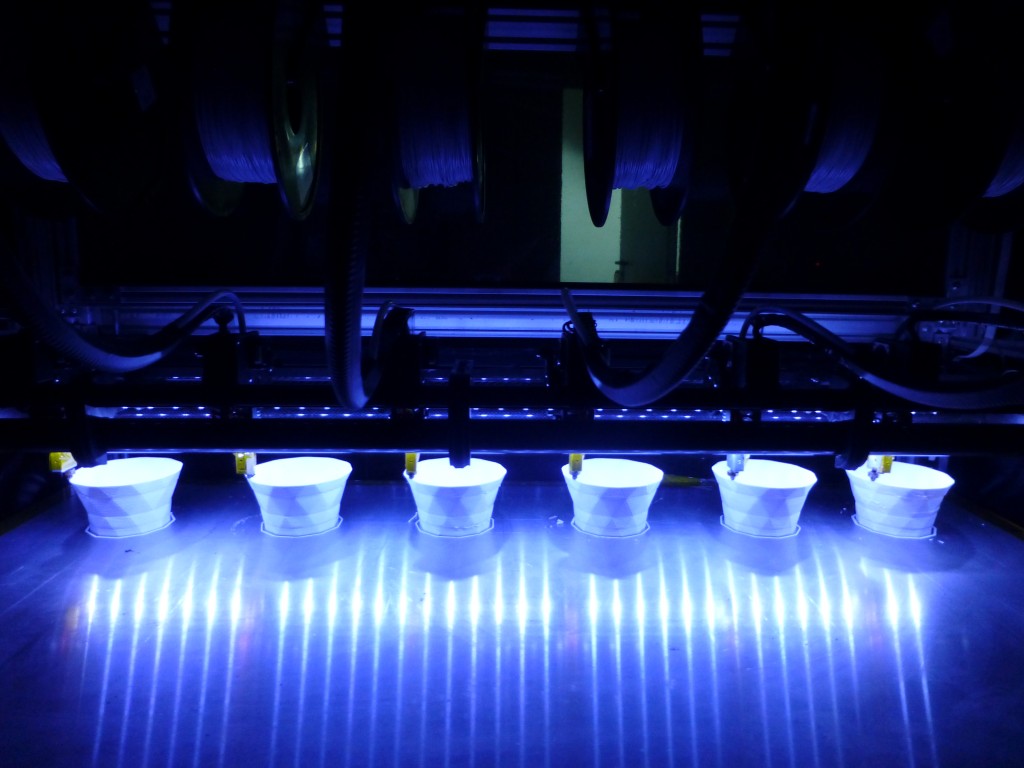 Allied Dimension was founded as a manufacturer of numerical control machines. The first in continuous production is the Large Scale Batch Printer, designed to serve a wide variety of Makers’ demands. Founder Jere Hiltunen designed, built, and tested it for three months. Moreover, he built the machine from scratch in 14 months, without any previous expertise on mechatronics. “Now,” he says, “it’s a solid machine and ready to work.”

Like another Spain-made 3D printer, the Sicnova JCR1000, Allied Dimension’s Large Scale Batch Printer has a huge, enclosed, heated build volume, measuring 84x84x80 cm. “The real difference, compared to other 3D printers already on the market,” Jere explains, “is the ultimate flexibility and modularity to scale the build space for the amount of the printheads and also the ability to mix the way the printheads work.”

Another significant difference – and we are starting to see more of this as well – is that it has been optimized for high-flow printing with massive nozzles of 1.5 mm and long heating channels.  This means that you can use just one printhead to take advantage of the entire space, with high-speed 3D printing rates. Adding other printheads divides the build space accordingly. You can either use it to build batches of products or configure it to be a multimaterial printer by combining multiple heads. “For example you can use three different materials on two sets of heads, or two materials on three heads or even six materials on one head,” Jere says. 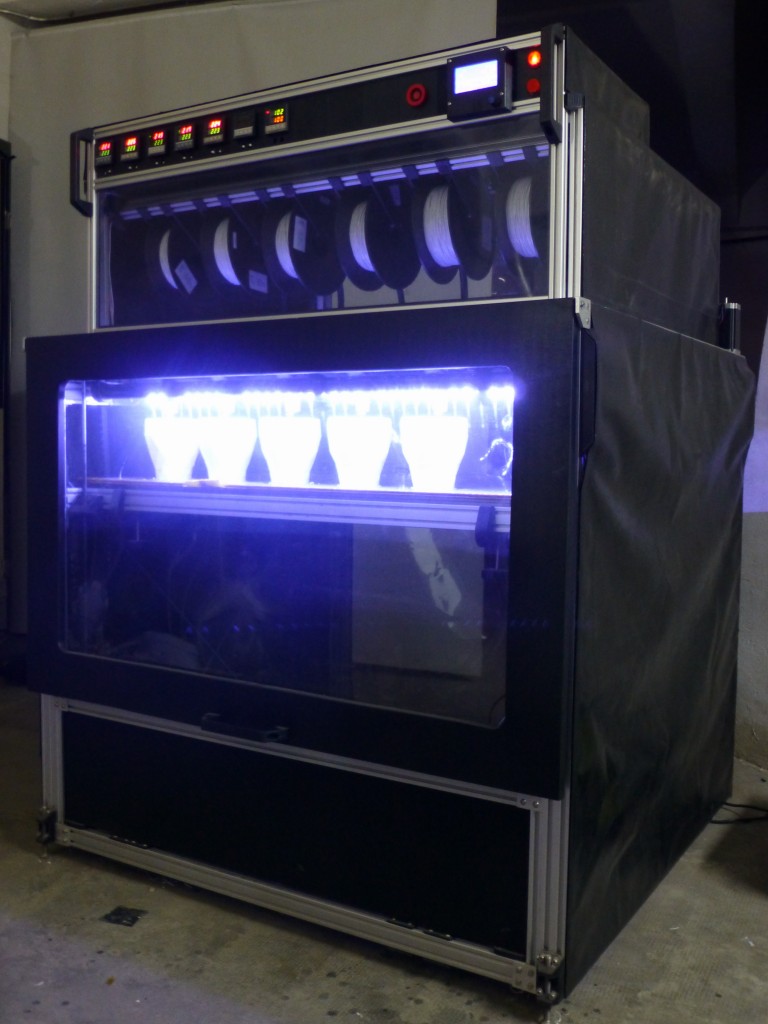 The printheads can be removed with extreme ease, since they are attached with clamps and not with with screws. There is only one connector holding every wire and it can be disconnected quickly. Getting one may not be as fast, since Allied Dimensions has no online shop yet, but only a contact form on its website. Nevertheless, the price has already been set between €11,000 and €12,000: considering you are getting a six-single-head + one-multiple-head 3D printer, that is not a bad deal at all.