Metal 3D printing is big business and for good reason.  Metal 3D printing allows for the production of complex and essential components in every industry, from aerospace to medicine.  The systems currently on the market, however, are far from perfect and can cost hundreds of thousands of dollars. Therefore, there’s plenty of room for the space to grow with lower-priced machines that can produce more reliable results.  To tackle these issues, there are currently projects from all over the world working towards improved quality assurance and more affordable systems.  One of those projects may be the i-AM 3D 3D metal printer, currently being developed by George Kriel. 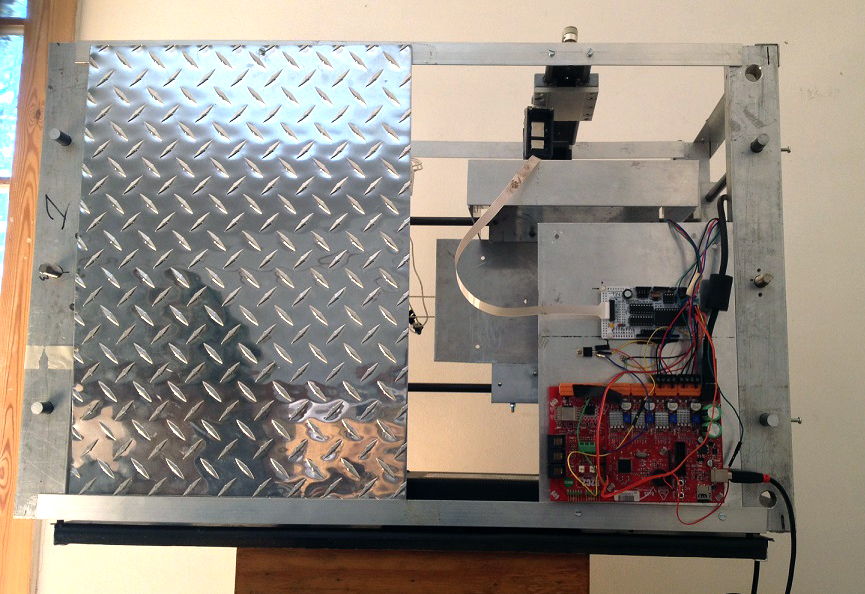 At the moment, i-Scientifica claims that their i-AM 3D system is in the prototype stages, with Kriel telling me that they’ve developed a proof-of-concept, relying on “decades old hardware technology and some modified open source software”, that allows for the translation of CAD data into 3D printed designs with nanometer and micrometer layer thicknesses and minimal post-processing.  According to Kriel, the prototype fuses “metal inks” using an infrared laser and, so far, he has been able to print a wide variety of materials. 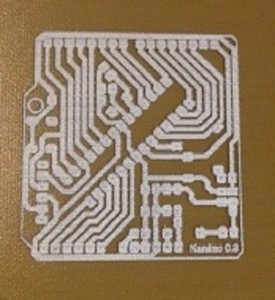 Kriel, who has a background in mechanical engineering and precious metals, says, “Our focus has been on precious metals and we have developed and formulated several precious metal inks such as pure Gold, 18ct white/yellow and rose Gold, Pure Silver/930 Silver, Pure Palladium/950Palladium and are finalising a pure Platinum and 950Platinum ink. We have also started with development of other metal inks, Aluminium, Stainless steel, Chrome/cobalt and Titanium.”  The engineer adds that their technology is not isolated to metal components, “but can also print electronics, PC boards, flexible electronics and micro parts for medical devices.” Moreover, their technology, he says, is capable of printing multiple metals in a single print.  In the video below, you’ll see their prototype at work, but Kriel says that certain aspects of the machine have been hidden to protect their IP.

i-Scientifica has plans for three desktop models, all capable of Z-layer thicknesses of 300nm to 5um and X-Y resolution of 1080 x 1020, in the following build sizes: 200 x 70 x 80mm,  200 x 140 x 80mm, 300 x 210 x 150mm.  In order to build these models, however, Kriel says that he needs to secure further funds to continue their research, telling me, “Thus far we have bootstrapped the project are now looking to get seed/early stage investors on board so that it can enable us to build Beta printers and further develop the metal inks before we can go to market.” 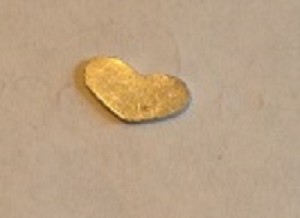 In fact, the duo has been attempting to secure funding since 3DPI wrote about them two years ago.  After launching an unsuccessful Indiegogo campaign, Kriel believes that he may have attempted the wrong method for raising capital, as the price point for his printer will likely start at $40,000, “I have realised that, for hardware products, crowdfunding only works as a pre-sales method and I had no product to pre-sell. I could have, but I am sure that I would have attracted no backers as the price point ( US $40K ) would have been far too high, for i-AM 3D is not a consumer product.” Since then, i-Scientifica has taken to larger investment funds and venture capital firms to see if they might be able to move from low-cost parts and open source software to high-precision components.

When applying to the Autodesk Spark Investment Fund, they received what Kriel believes to be a standardized reply, “Based on your application, we see real promise in your initiative, but did not feel it was a fit at this time.”  They also still haven’t heard from Kima Ventures and Harbor Capital Group LLC sent him on a “wild goose chase to some import/export guys”.  Finally, they have yet to receive much interest in their profile on Angel List.  Kriel adds, “I have further realised that being in South Africa is not doing me any favours and that all/most serious investors put the blinkers on when they hear the word Africa/South Africa. I had some interest locally but have to tell you that these guys think that they can buy the world with $10.00” 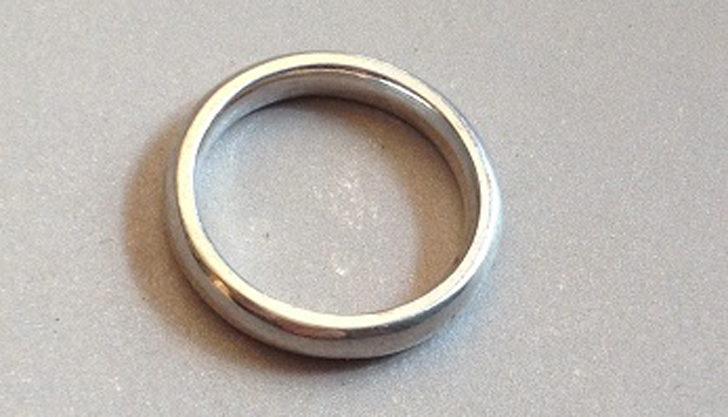 This hasn’t driven i-Scientifica to give up, however.  Telling me that they would one day open offices in the States or Europe in order to escape the aforementioned issues, Kriel says, “I believe that i-AM 3D will be a truly disruptive machine (technology).  We believe that we have a real business model unlike other precious metal printers on the market when it comes to price point (US$ 40K upwards depending on build area and number of different metals to be printed simultaneously) and operating costs whereby only the quantity of material needed to print a part/s is determent on the volume/weight of part/s and not on the build platform size of the printer.”

Specifically, Kriel thinks that this technology could prove beneficial for micro and small businesses, such as jewelry manufacturers.  Given the huge price tag of metal 3D printers on the market, which can cost hundreds of thousands of dollars, the i-AM 3D would be quite an affordable alternative, if it were to get off the ground.  While their initial Indiegogo campaign may have raised some eyebrows and the lack of easily-scrutinized footage of their machine and its products may lead to skepticism, the fact that the start-up has been developing their technology for three years and applied for funds from a number of venues may indicate that their technology is verifiable. If that’s the case, all they need is funding from an investor who truly believes in their work.  If you’re one of them, you can contact i-Scientifica at [email protected] for further information, as well as possibly more detailed pictures and video.