Since its launch back in 2019, INTAMSYS’ flagship FUNMAT PRO 610HT 3D printer has proven itself to be an industrial powerhouse.

Sporting a large-format build volume measuring 610 x 508 x 508mm, the high-performance FFF system is the firm’s most feature-packed yet. It offers a dual extrusion setup with nozzle temperatures of up to 500°C, as well as an enclosed build chamber capable of maintaining 300°C.

Built specifically for large-scale end-use functional parts, the machine is designed to process the highest-performance engineering polymers on the market, including PEEK, ULTEM(PEI), and PPSU.

The manufacturer has now shared details of the FUNMAT PRO 610HT’s genesis story, and how 3D printing in the development process paved the way for shorter lead times, lower costs, and a successful launch.

Charles Han, CEO of INTAMSYS, said, “We all know that the process of taking a product from concept to reality is a challenging one. At INTAMSYS, we experience the same obstacles as everyone else but we found a unique way to overcome them so that we can develop, test, and produce 3D printing equipment faster than our competitors.”

Tight temperature control capabilities were always a key requirement with the FUNMAT PRO 610HT, as is the case with all of INTAMSYS’ high-temperature systems. But building a machine with a 300°C build chamber is a tricky endeavor, as the internal components of the system need to be tested at equally high temperatures.

Thanks to the company’s existing portfolio of industrial 3D printers, the team was able to prototype many of these internal components in-house using engineering filaments. This eliminated the need to resort to metal prototypes, saving on costs.

According to INTAMSYS, if they had outsourced functional prototyping to a third-party metal manufacturer, they would’ve only been able to test up to three prototypes per component. By keeping operations in-house, some of their parts were tested in over a dozen different iterations with minor design changes between them.

With such streamlined lead times, this also led to 3D printed end-use parts. Some of the system’s internal components were 3D printed on-demand and fed into the production cycle on a rolling basis, greatly reducing INTAMSYS’ reliance on external suppliers. Today, there are a total of 15 different 3D printed production parts installed in every FUNMAT PRO 610HT unit. 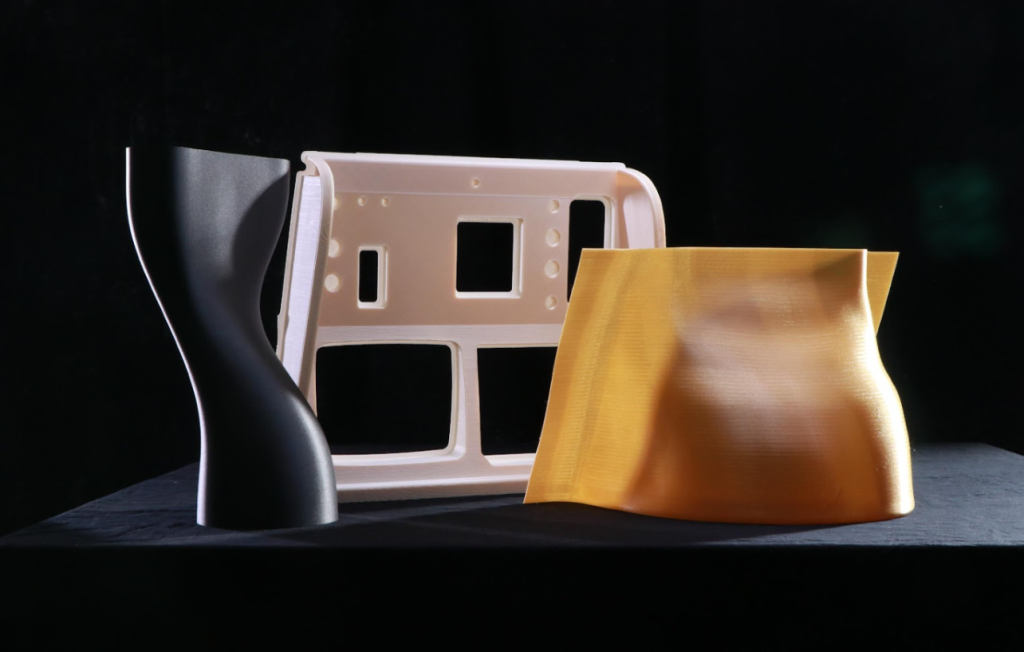 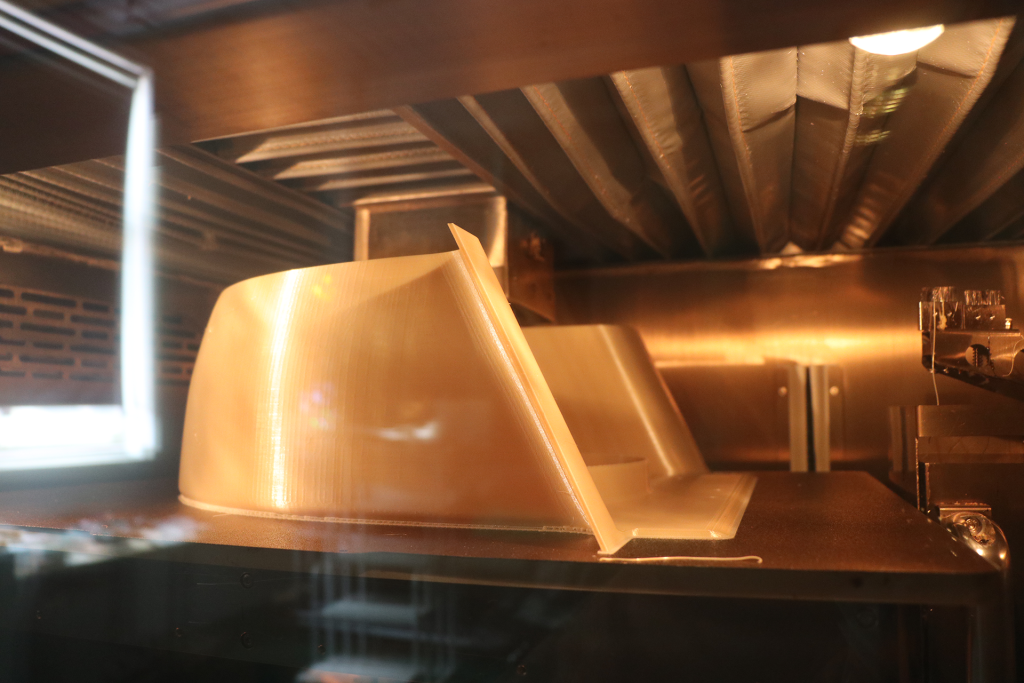 Enriching the assembly line and beyond

The firm’s use of additive manufacturing didn’t stop there, as they also used 3D printed tooling and fixtures in the FUNMAT PRO 610HT’s assembly line. Every workstation was given the same set of 3D printed tooling to ensure consistency in the quality control checks, as well as the assembly fixtures for the final parts.

Additionally, INTAMSYS was even able to utilize its technology to 3D print demo parts for sales and marketing purposes, supporting the launch of the FUNMAT PRO 610HT before the company shipped its first production unit.

Specifically, the team 3D printed a replica of the machine’s frame and painted it to resemble a finished model. The true-to-life mockups enabled the firm to photograph the system and showcase the aesthetics of the product at trade shows, giving potential customers a 3D printed visualization before the printer was even launched.

Han concludes, “Because we were self-sufficient, it reduced the product cost and timeline by a significant amount. The combination of savings in the R&D stage with production and assembly savings meant we could launch this printer ahead of schedule and below the estimated cost, passing on the savings to our end consumers.”