He may not be everyone’s favorite Beatle, due to “Spies Like Us”, but anyone who knows me knows that I’m a big Paul McCartney fan. I even played him in my own inaccurate audiobiography about his life (my friend’s working on John’s).  Well, today is a very lucky day for a spy like me, who loves both Sir Paul and Sir 3D Printing because the team over at PaulMcCartney.com have reproduced a digital Macca for all of us McCart-hearts (as I refer to us).

For Paul’s ‘Hope For The Future’ music video, which is simultaneously an ad for the hit Bungie video game Destiny, the legendary rock star was 3D scanned to produce the hologram effect seen throughout.  The McCartney fans that run the website requested the resulting file, which they then 3D printed for themselves and for Paul to carry with him while doing press for the new single.  Best of all, the .stl for your very own Paul is available through this link at PaulMcCartney.com (Be warned: the file is 50MB).

You might wonder how Sir Paul, one of the world’s most beloved musicians, came to record a music video for a video game.  To answer your question: before the video game, there was the song, which Paul agreed to record for the Destiny soundtrack and, naturally, a video for “Hope For The Future” had to be made in which he appeared on the game’s various planets.  Why record a song for a video game? Eric Osborne, community manager for Bungie, relays that the Beatle wanted “to reach an audience that wouldn’t typically be immersed in Paul McCartney.” 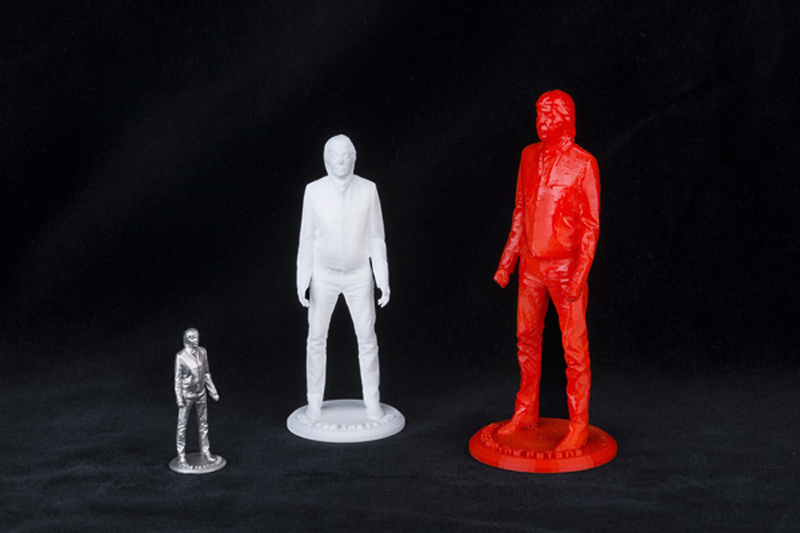 For a palette cleanser, here’s John and Yoko’s BED PEACE: