Hey, Elon and Sergey, did you see these SpaceGlasses?

Two-thousand-and-fourteen is already looking like a great year for 3D creativity. Assembled 3D printers are coming out priced at under 500 euros, new low-cost high-quality 3D scanners are launching and, if that weren’t enough, the first SpaceGlasses are going to be delivered in July. 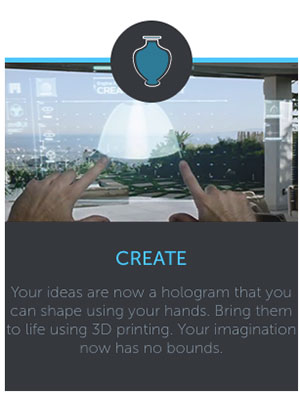 Ok, cool, but what does a pair of AR glasses have to do with 3D printing you may ask? A lot. As Elon Musk, the world’s favorite serial entrepreneur demonstrated on Space X’s YouTube channel, it is just so much more fun to create rockets virtually through 3D mapped holograms and then send them straight to the 3D printer rather than whatever the old fashioned way was for creating space rockets.

That’s exactly what the giant 3D holographic HD screen of the SpaceGlasses will allow you to do, along with mirroring your mobile devices, installing a plethora of augmented reality (AR) apps, playing holographic virtual games, and so on (for the full rundown go straight to the Meta website, it is actually a fun web-browsing experience). The only difference is that while Elon Musk might use them to print rockets, electric engines and hyperloops, you can use them to print whatever you want. That – I assume – may in time be a 3D copy of something you have just seen or something you just created holographically playing with AR 3D models.

As the founder of both Space X and Tesla Motors, Musk is one to the world’s highest profile adopters of 3D printing technology (in line with his real-life-Tony-Stark status) and is likely to be one to the first target customers for Meta and its SpaceGlasses. In fact, the Tesla Model S that you see in the beginning of the video below may not have been placed there just to show innovative thinking but also to capture his and other tech savvy entrepreneurs’ attention. For Musk it would be an investment: the $2,985 price tag may be steep for the casual customer but is a definite bargain at industrial level research & development investment standards. 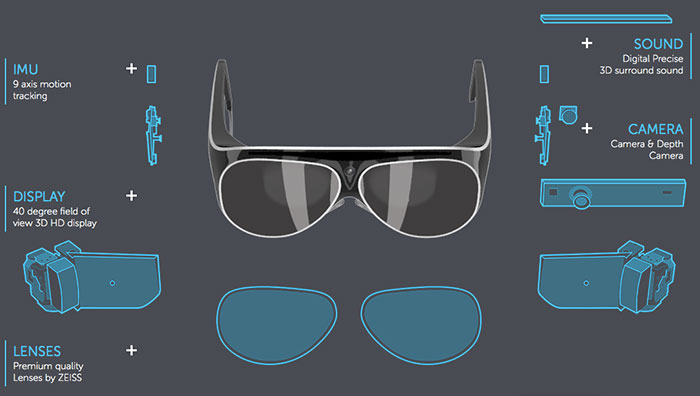 Someone else interested in the SpaceGlasses’ technology might be Google’s Sergey Brin: so far Google Glass has not paid much attention to the issue of AR based 3D printing (certainly not as much as 3DPI did in these two articles by Shane Taylor about using Google Glass for 3D printing and 3D scanning). Maybe it is time they did, since they are also due to hit the market in 2014.