Even though Discovery Channel’s Shark Week – the channel’s top tier, annual week-long, feature that first aired in 1987 – has been a controversial topic this year due to some artistic touches also known as mixing facts and fiction with the mystical Megalodon shark, the most intriguing representative of the species currently occupying the seas doesn’t need any additional colouring touches to boost its inexorable ego. In my eyes at least, the hammerhead has always been in a different league compared with the probably most famous shark, which has infested popular culture even before Spielberg came out with the  blockbuster that was the original Jaws movie. 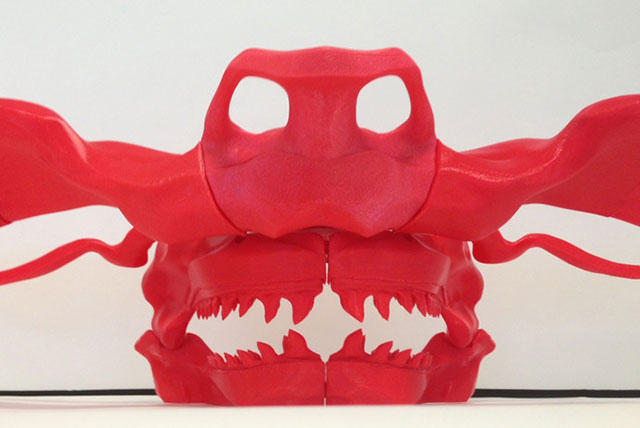 That’s why it was especially nice to find the Hammerhead skull’s model on Thingiverse. The featured 3D model comes out almost 30 inches wide when fully printed, which would make it a guaranteed centre and conversation piece for every animal kingdom loving living room out there. In our own salute to Shark Week, feast your eyes on the below gallery of my personal favorite – the Hammerhead.