British manufacturing is seemingly in the process of turning itself around, in particular the UK’s aerospace industry has been at the forefront of demonstrating the benefits of 3D printing for manufacturing applications for a number of years. There have been notable success stories coming out of Airbus, BAe Systems and Rolls Royce among others and this is set to increase with the announcement of a major investment from the UK government to support the development of a new dedicated additive manufacturing hub in the UK’s manufacturing heartlands. 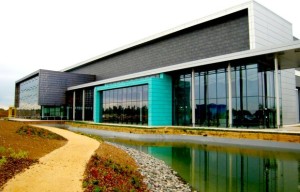 Today, Chancellor George Osborne will specify plans for the new national centre for 3D printing, which will be located next to the Manufacturing Technology Centre (MTC) in Coventry. The MTC is already a centre of excellence when it comes to 3D printing for manufacturing applications, but the new dedicated centre, which will benefit from £15.3 million government investment, is set to boost advanced manufacturing activities even further.

With a specific focus on the aerospace sector, the government is also announcing a further £15 million investment for the MTC itself, to support the development of materials for fuselages and wings. The industry itself will be matching government funding.

Commenting on the development, Chancellor Osborne said: “Our long term economic plan is working and the economy is growing. But there is still work to do, which is why we are working with industry to drive innovation and lead the global race in technology, engineering and manufacturing. We are already the best in Europe for aerospace and I want to do even better. Up to 27,000 new planes are needed between now and 2030, worth billions of pounds to the UK economy in contracts. That is why I am announcing today that, together with industry, we will invest around £60 million in a dedicated facility for aerospace manufacturing as part of £2 billion of support for this growing sector.”