When Teegan Lexcen was born with a missing lung and half of a heart back in August of 2015, no one really gave the newborn much of a chance to overcome her unfortunate and rare condition. Although doctors in Minnesota felt there was nothing that could be done for poor Teegan, her parents Cassidy and Chad Lexcen searched relentlessly for a second (and more hopeful) opinion. They eventually became connected with Dr. Redmond Burke of the Nicklaus Children’s Hospital in Miami, who along with colleague Dr. Juan Carlos Muniz, decided to turn to 3D modeling to help save this baby’s life.

Dr. Muniz, a pediatric cardiologist at Nicklaus Children’s Hospital, captured a 3D image of Teegan’s heart that was meant to be 3D printed in order to help with surgical preparation. This seemed like a viable option, at first; the hospital had used 3D printing to assist in surgical preparation in past, such as when Dr. Burke used a 3D printed model to repair the heart of five-year-old Mia Gonzalez. But Dr. Muniz soon discovered troubling news, the hospital’s 3D printer was broken and time was of essence. The team needed to come up with an alternative quickly. Though this seemed to be a major issue at first, Dr. Muniz ended up finding an alternative method that may have been even better suited for this rare and intensive procedure.

Utilizing the 3D modeling platform and community Sketchfab, Dr. Muniz transferred the 3D images of Teegan’s heart directly onto his iPhone. The 3D model was then explored by Dr. Burke through Muniz’s Google Cardboard headset, Google’s extremely affordable and smartphone-compatible virtual reality device. Through the Cardboard, Burke was able to explore Teegan’s heart from almost any angle or distance, giving him and his team a full grasp on exactly how the surgery needed to be performed.

Though turning to Google Cardboard wasn’t the originally-intended preparation method, the virtual 3D model may have been advantageous in comparison to a 3D printed model. What made the inexpensive VR device so beneficial to Dr. Burke was the ability it gave him to not only access a 3D model of Teegan’s heart, but also to view it in context to the rest of her internal structures. 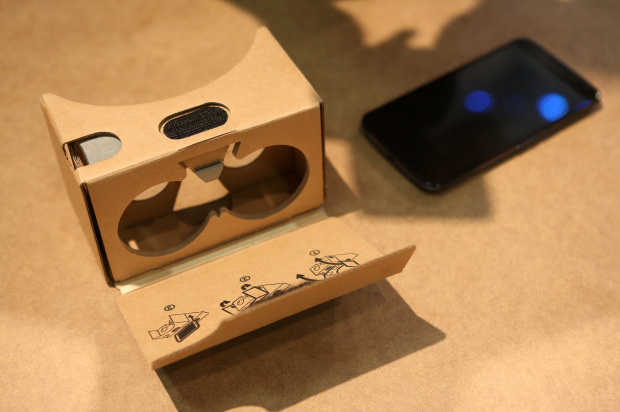 In fact, preparing for surgery via VR helped Dr. Burke come up with an entirely new form of surgery for Teegan’s unique and previously detrimental medical condition. Thanks to the innovative staff at Nicklaus Children’s Hospital, the 3D modeling community Sketchfab, and the virtual world of Google Cardboard, Teegan Lexcen now has the opportunity to lead the healthy and fulfilling life that many other doctors wouldn’t have been able to offer.