re:3D — one of Austin’s newest start-ups and the company responsible for the latest 3D printer –bot. This one is Gigabot and as the name suggests its USP is all about size — build size, that is, which is a whopping 600mm x 600mm x 600mm. A considerable increase compared with other 3D printers at the same level. 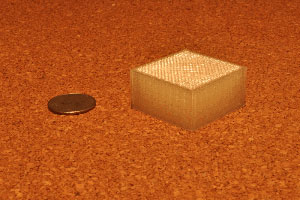 However, another distinguishing feature of Gigabot and the company behind it is that the large format development is the target market — specifically in the developing world. As the team at re:3D state openly: “our project is aimed at designing the first large-format 3D printer… that you can take home with you. It’s not only about taking the amazing technology of 3D printing and amplifying it. If we’re successful, we can envision entire markets opening up to use this technology. Markets which have struggled to maintain the status quo, let alone use some of the cutting-edge technology that for the rest of the world is an overnight delivery away. We believe that by making a production-quality model of our 3D printer, and putting it in the hands of small businesses anywhere on the planet, will give them the flexibility to sustain their community, their business, and ultimately, the world we live in.”

The aim is to maximize output volumes with respect to size, speed and quantity of objects printed during a single production run. The re:3D team is also working on material science projects to develop new printer feedstock including cost-efficient recyclables and enriched composites. 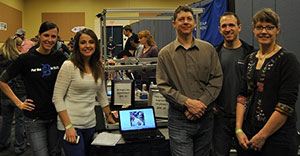 Combined the re:3D team brings together almost 40 years of experience in manufacturing & engineering and hold a patent for this project. A turning point for the project came in November of last year when the team was accepted into Round 6 of StartUp Chile, a Chilean Government program that recruits early stage, high-potential entrepreneurs to bootstrap startups in Chile.

The Gigabot 3D printer is currently seeking funding on Kickstarter — a complete kit can be obtained for $2500 — and is well on it’s way — proving to be another of the 3D printing success stories from this platform. At time of writing, the campaign has 30 backers pledging $31,371 of the $40,000 goal, with 59 days to go.

You can take a look at the pitch video below of see the whole campaign for yourself on Kickstarter.

Specs At a Glance:

I think this is an interesting move forward in terms of capacity and build size, I know a lot of people that have been waiting for this, but, I don’t know about you, I am starting to lose track of the army of 3D printer –bots!

Source: re:3D or via Kickstarter