Last year, Dutch 3D printer manufacturer byFlow showed the world that its Focus 3D printer is not just portable, but delectable as well by 3D printing desserts at the Albert Hejin (AH XL) supermarket in Eindhoven, The Netherlands. Their technology was further demonstrated at the 3D Printshows in Paris, Rome, Madrid, London and Berlin. byFlow also went to London, where it hosted the first 3D printing restaurant in London. The delicious Dutch manufacturer has now announced that they will be taking their pop-up restaurant on a global tour, forming a new 3D printed food organization called Food Ink that will see a number of international designers, chefs, and technologists from London, Barcelona and Maastricht opening temporary 3D printing restaurants in various locations around the world. 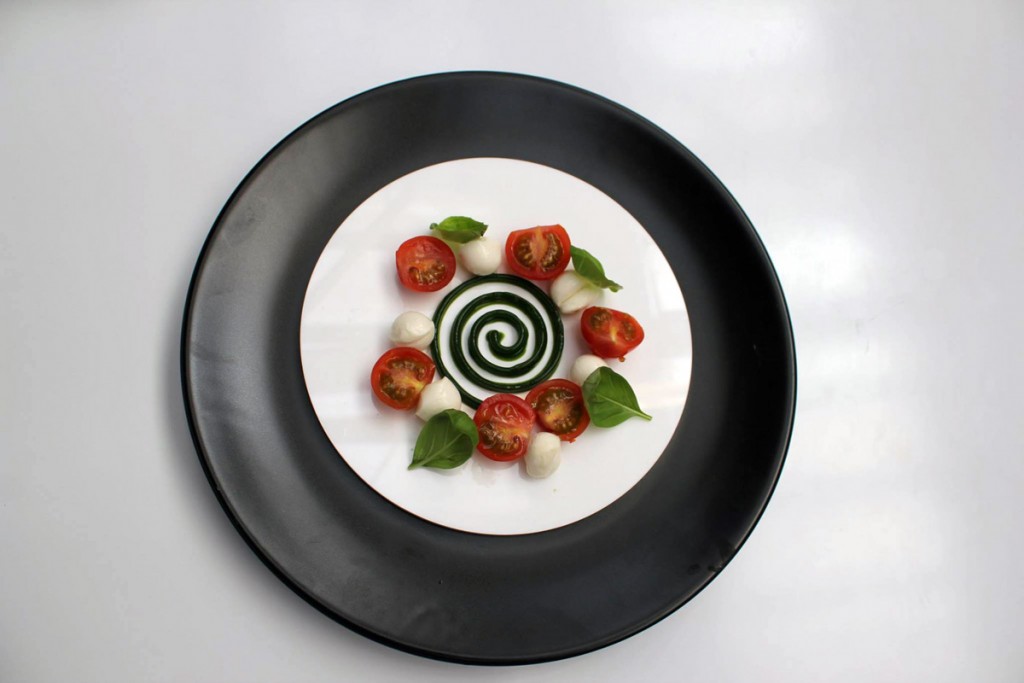 The Focus 3D printer is not only foldable and capable of multi-material extrusion, but, through the use of easily changeable extruders, can 3D print viscous materials, such as clay, ceramic, silicon, and, of course, food, including hummus, meat, chocolate, goat cheese, pizza dough and more. Now that byFlow has connected with a number of innovators in the 3D printed food space, they’ve whipped up a completely 3D printed restaurant. These partners include 3D Samba, Spanish Michelin-star chef Mateo Blanch, 3DChef and 3DFP Ventures from London.

The “print-out pop-up” restaurant will not only consist of 3D printed gourmet food, but 3D printed furniture, flatware, plates, cups, vases, art, and lighting, as well. In all, Food Ink describes the pop-up as an “interactive edible concept art experience.” The print-out pop-up is also being used as a platform for discussing sustainable food, health, and the role that new technologies play in those areas. 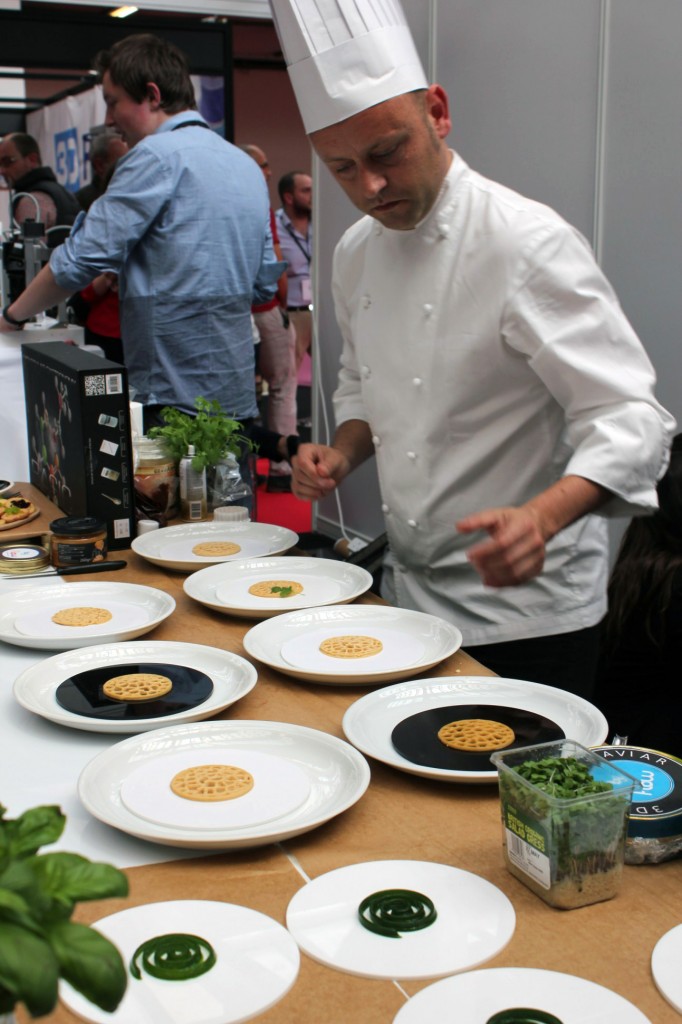 The first taste of Food Ink will occur at the 3D Printing Food Conference in Venlo, the Netherlands, where a number of VIPs will be treated to a five-course menu. According to byFlow chief business development officer Frits Hoff, the 3D dinner sold out immediately. This bodes well for the Food Ink tour that will see the restaurant travel to Dubai, Seoul, Rome, Paris, Las Vegas, Toronto, Berlin, Singapore and more. While the tickets are sold out, it may be worth attending the 3D Printing Food Conference regardless for a chance at tasting some 3D printed samples.