At 3DPI, we have been following the evolution of this project very closely. Now, Faraday Motion, the first 3D printed electric skateboard, is finally ready for pre-order and the prices have been set for all of its different versions (with very clear hints of lots more to come soon).

Faraday Motion began as a research vehicle based on freely available 3D models and schematics. Its very first commercial version, the Faraday Spine, confirms all the features that have been implemented so far. This means that it is capable of reaching speeds of 25-30 Km/h, with a range up to 10 Km (with 1 hour charging time) and only weighs 8 Kg. It requires about 100 hours of printing time and a minimum printer bed size of 200 x 200 mm. It is controlled through a mobile app. 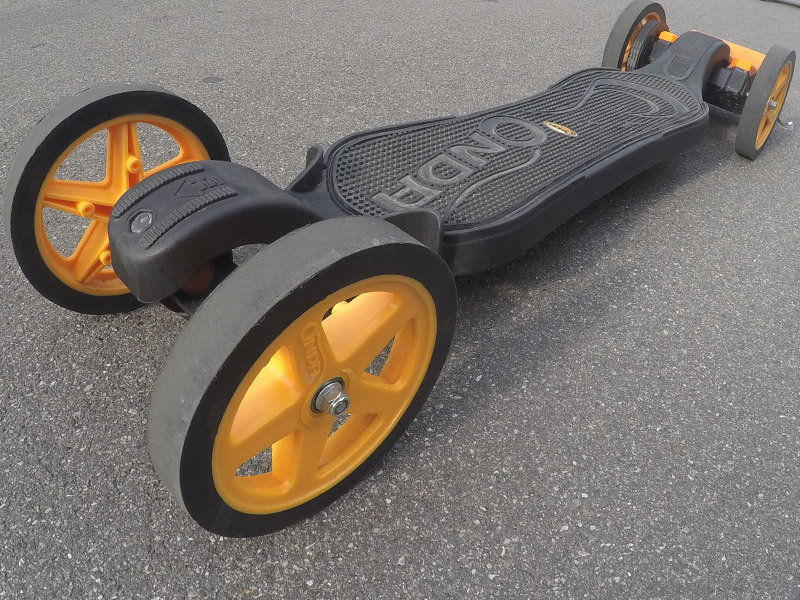 Users are still able to download all files and source their own components; however, for those who either do not have the time or the skills to put it together themselves, Faraday offers three different packages. The first is the Print Yourself version, starting at $495. This includes the “Spine deck”, engine parts, electronic essentials and 3D files that can be 3D printed and assembled at home.

The other options are the “Assemble Yourself” and the “Ready to Go” versions, priced at respectively $100 and $200 more than the basic package. Apart from the fact that getting a fully functional, awesome looking, personal EV for less than $700 seems like a pretty amazing deal, both of these versions come already 3D printed and allow for any open source tinkering and hacking, the difference being that the Ready to Go comes fully assembled.

Faraday Motion has been partnering with Ultimaker, making the design available on Youmagine. Thanks to this partnership, samples of the original research vehicle and the Faraday Spin were all available to view and even try at the recent Maker Faire in Rome, at Faraday’s own stand and at the stand of 3DiTALY, Ultimaker’s Italian retail partner.

Sune Pedersen, in charge of business strategy and software at Faraday Motion, explained that company’s mission is to prove that the age of personal electric vehicles (PEV’s) has come, driven by open innovation and by the Maker movement. In fact, there is a lot more to come, as there was also another version zooming around; it came in a “badass” black and blue color combination. It featured several stylish improvements in terms of the braking and lighting systems, as well as the electrical power unit.

This is the HyperBoard, Faraday Motion’s next model, which goes up to 40 Km/h. This is a significantly more complex project, requiring as many as 500+ hours of printing time and 1-2 weeks of assembly time. Judging by what we saw at the Maker Faire, though, it is going to be worth it. 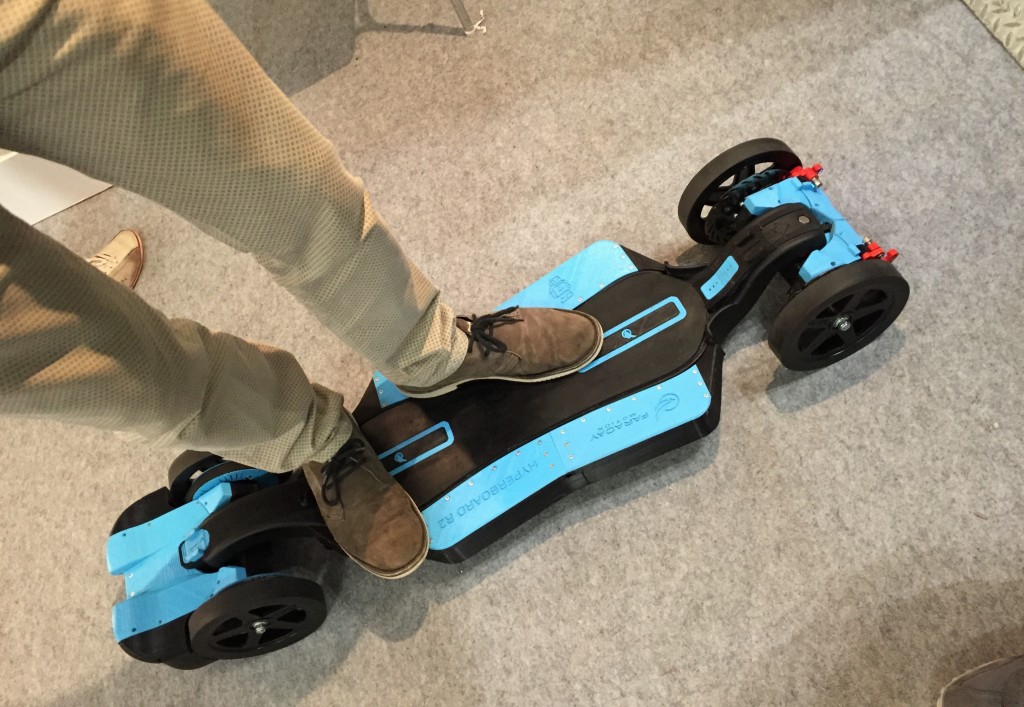