I recently came across an article at The Motley Fool asking the question, “Are MakerBot’s New Composite Materials a Game-Changer?” The question may be an intriguing one to those outside of the 3D printing industry, but, for those who have been tracking the industry’s progress in the last couple of years, the answer is a definitive “No.”  At this year’s CES, I was underwhelmed by the desktop 3D printer brand’s news releases for the consumer tech show.  Other, non-3DP sites had heralded MakerBot’s new wood, stone, and metal filaments as game-changers in the 3D printing industry, so much so that one Maker found it necessary to troll those publications on Twitter to point out that the same composite filaments had already been on the market for some time. 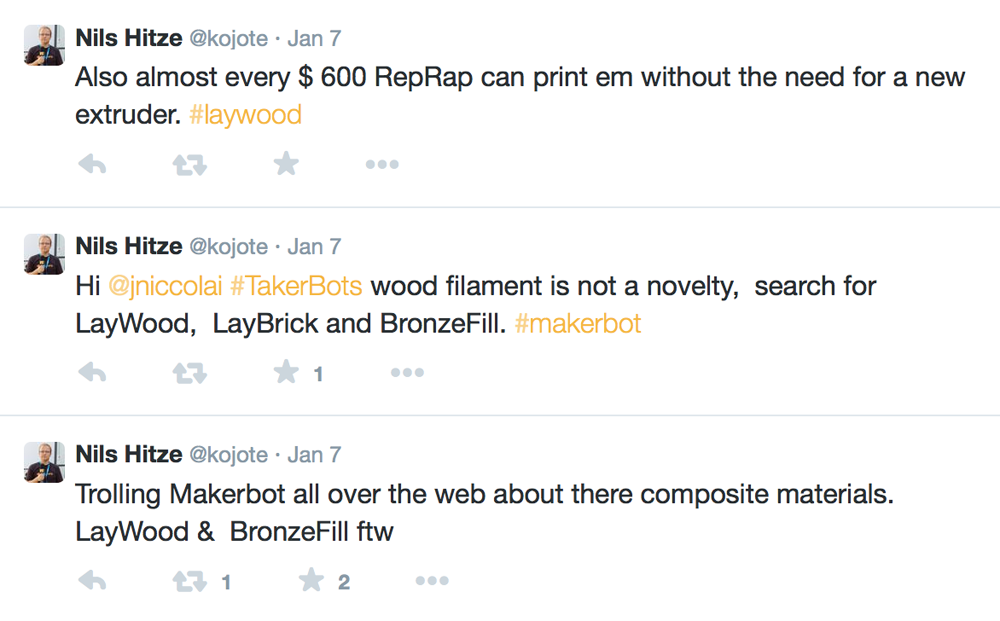 As far as I know, the first wood composite filament for 3D printing was released in 2012 by German materials inventor Kai Parthy.  After his big entry into the world of 3D printing, Makers were opened up to a wide array of new possibilities for 3D printing.  The filament, made from recycled sawdust and PLA, opened many eyes to the possibilities of printing outside of plastics and, as Kai moved onto 3D printed stone and sponges, other manufacturers took to crafting and selling their own wooden filaments. 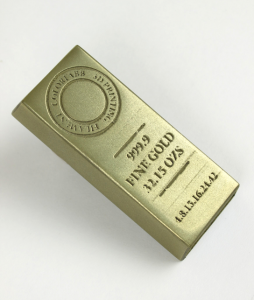 Dutch manufacturer colorFabb, in particular, used their own woodFill filament as the starting point for a number of unique 3D printing filaments.  Since coming out with woodFill in 2013, the Helian Polymers sister company has pursued metal composites, including bronzeFill and copperFill. The metal materials have made it so that those using desktop FFF/FDM 3D printers can produce something that doesn’t quite look like it was made on a desktop 3D printer.  With a nice polish, those prints can be made to look a little less plastic-y. 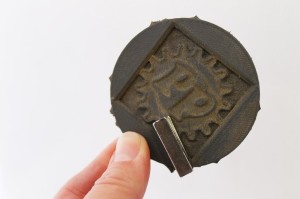 Meanwhile, another company was performing materials research on stronger, carbon fiber-infused filaments, eventually leading them down the path of producing metallic filaments, including their Stainless Steel and Magnetic Iron PLAs.  The company brought these, along with a new conductive filament, to CES, but, in the end did not achieve the same press as their larger competitor, Stratasys-owned MakerBot.  This is likely due to MakerBot’s larger marketing budget, important role in the 3D printing industry, and the fact that the company, to the general public outside of the industry, represents the face of 3D printing.

Despite its slightly misleading title, The Fool does acknowledge that MakerBot was not the first to release unique filaments for 3D printing.  Instead, it is the biggest:

Although composite filaments aren’t an entirely new concept in 3D printing, MakerBot represents the first major company to embrace composites with enough resources to change the commonly held belief that entry-level 3D printing is a gimmicky technology. Putting it all together, MakerBot has the potential of using composite filaments and its brand exposure as a way to make 3D printing a more valuable and accessible technology in the eyes of potential users. Talk about a potential game-changer for entry-level 3D printing.

MakerBot’s composites announcement, then, was not important in terms of materials innovation.  Instead, it was important as a symbol of the evolution of desktop 3D printing.  The company is just the most prominent in a growing evolution of consumer 3D printing materials. 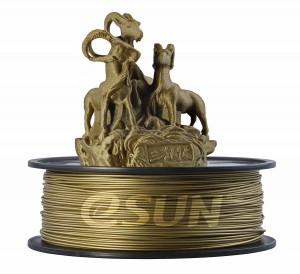 Other companies, like Chinese filament manufacturer eSUN, will then bring their own alternatives to market, in an attempt to undercut other suppliers, like MakerBot.  eSUN has just released its own bronze filament, which, according to the company, possesses a low processing temperature, good liquidity, and is easy to process.  An eSUN engineer described it by saying, “We aim to produce such kind of filament, not only the colour of bronze, but also the metallic of bronze, you can easily finished one bronze art by printing with our bronze filament, in addition, just like PLA, it is also easy to use. As one kind of environment-friendly filament, Bronze PLA is biodegradable,too. and we are sure it is non toxic and no smelling when print ”

The company is not the first to release metallic filaments, what is likely to be only the first in a series, nor is it the industry’s last.  As the materials market for desktop printers continues to expand, there will be more filaments, pellets, and pastes to come.  Some original and some not so original, though it’d be nice if everyone did their best to acknowledge the larger collective at work.  Either way, from 1,000 years into the future, who did what first will be as indistinguishable as which seed developed into the world’s first tulip.