Since we first covered the only electric “superbike” from out of Italy, there have been some new developments for Energica and its 3D printed parts. In the lead up to the International Motorcycle Exhibition in Milan from November 7–10 of this year, the Energica has begun moving from producing a single motorcycle into a creating a line, a price tag and release date have been established, and the company is working on an app to accompany their electric vehicle. 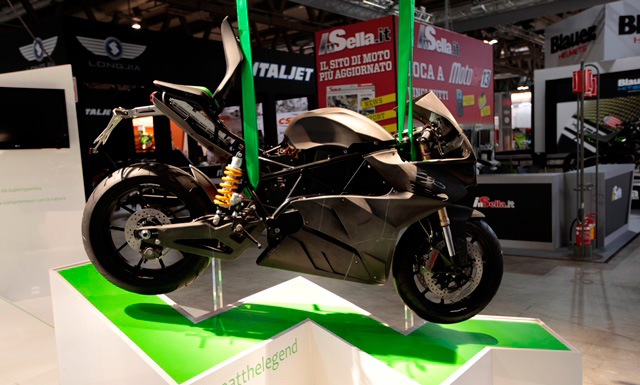 CRP Group, the company behind the “superbike”, has been in the process of designing its motorcycle since 2010 and, each year, has shown its current iteration of the Energica at the International Motorcycle Exhibition (EICMA). This year, however, they were done prototyping, ready to finally release the first in their line of Energica motorcycles, the Energica Ego. The Ego streetbike, with several patents pending, can travel up to 240 km/h (150 mph) and travel up to 150 km (93 miles) on a single charge. Using AC, the Ego can be charged in less than three hours and, with DC, it can be charged in half an hour[1].  Below is a video of the owner of CRP Group, Livia Cevolini discussing the release of the Ego (WARNING: in Italian!!):

Though the actual vehicle that will be available for purchase will feature mass-produced parts, the prototype for the motorcycle on display made use of laser sintered fairings, headlight covers, and other non-mechanical or electrical components made from Windform.  Windform is a carbon reinforced polyamide material manufactured by CRP Group that is stress, oil and water-resistant. 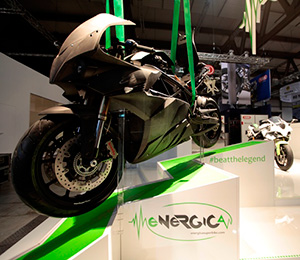 The all-electric Ego will be available for purchase in early 2015 at a price of €22,000 or $25,000 and can be reserved now with a deposit of €500. While the company finishes polishing off its first “superbike”, they’ve begun alluding to its next streetbike, Eva. At the same time, Energica is in the process of making a smartphone app “dedicated to sustainable mobility that combines the most beautiful world motorcycle roads with the nearest charging stations.”  Maybe when they’re done with the prototype, I’ll be able to buy it used at a discount price…

[1] Does this mean that Edison beat Tesla and Westinghouse the War of the Currents?