Emerging Objects, the world’s favorite manufacturer of large-scale structures made from unique materials, is about to unveil something exciting.  Though many of the specifics regarding the project, dubbed Bloom, are under wraps until the official unveiling on March 6 at the College of Environmental Design (CED) in Berkeley, CA, Emerging Objects’ latest creation sounds like it might be pretty big, literally and figuratively. 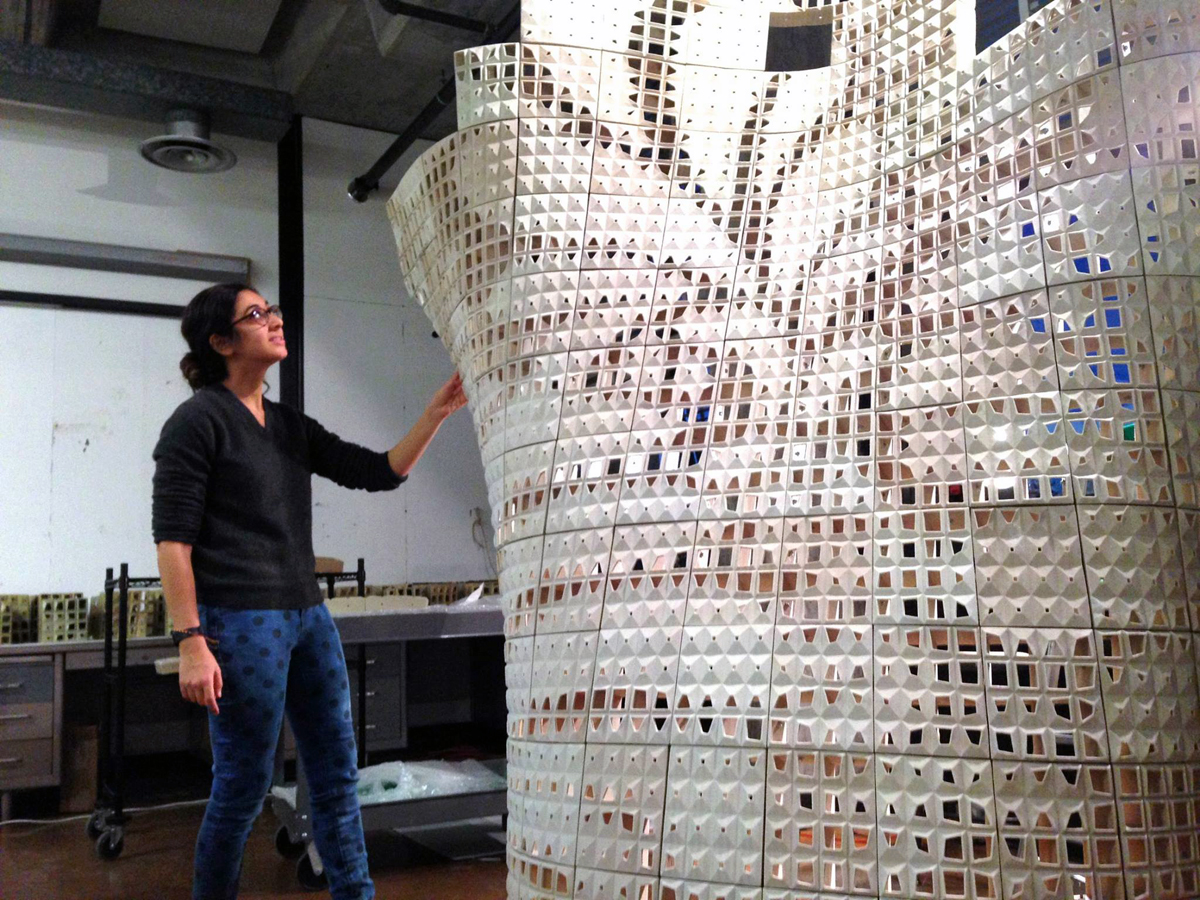 The design studio, previously made known for 3D printing large objects made of salt, wood, and concrete, will be showcasing what they describe as “the first and largest 3D-printed cement structure demonstrating the architectural potential of 3D printing.” The 12′ (W) x 12′ (D) x 9′ (H) free standing pavilion will be constructed from 840 3D printed, mass-customized blocks, made from a unique material developed by the Emerging Objects co-founder Ronald Rael, with support from the R&D division of Thailand’s largest cement company, Siam Cement Group (SCG).  Rael and Siam Research and Innovation Co.,Ltd.(SRI) have spent the past year on the new iron oxide-free Portland cement-polymer composite and the resulting Bloom structure.

Despite the recent construction of several large-scale concrete structures from companies like WinSun, in China, and individual entrepreneurs, like Andrey Rudenko, Emerging Objects states that Bloom is “the largest and most precise 3D printed cement polymer structure built to date that overcomes many of the previous limitations to 3D printed architecture — namely speed, cost, aesthetics, and practical applications.” There have been doubts about the 3D printed nature of the five-storey apartment complex and 1,100 sq. meter villa made public by WinSun last month, as no printer behind the project has yet been revealed.  It may be that or the “concrete polymer” element, the aesthetic appeal, or “most precise” qualifier that allow Emerging Objects to make its claims. 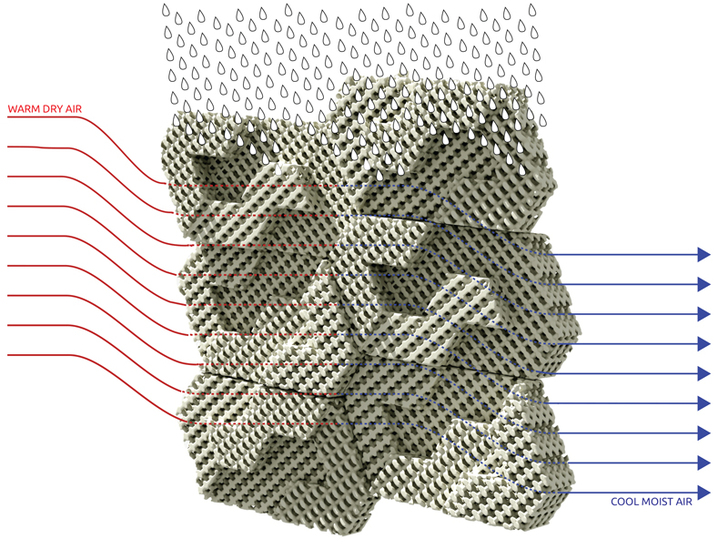 Regardless, due to the design studio’s previous work, there is no doubt that Bloom will be a beautiful and remarkable sight to see.  Moreover, because Emerging Objects often focuses on recycled or natural materials and sustainable architecture, it will be exciting to see how Bloom may incorporate ecological practices into its design.  For instance, the company recently exhibited their design for a “Cool Brick”, a 3D printed, ceramic block that is meant to cool and heat homes relying on nothing but water.  The firm created their Cool Brick, based on cooling systems that emerged in 2500 BCE, to hold drops of water that evaporate in response to warm air and cool the rooms within.  As the firm plans on constructing a complete building with these bricks, I wouldn’t be surprised if Bloom is built with similar sustainable features in mind.

If you’ll be in the Bay Area, this may be your only chance to experience Bloom in full bloom, as the structure will then be dismantled and sent to Thailand.  If you’d like more information on the unveiling event at the Berkeley Circus on March 6, visit the CED website. Update: Berkeley Circus day-time events are invitation-only; however, you’re encouraged to RSVP for the evening event by contacting [email protected]. And Bloom will also be on the display Saturday if you’d like to avoid the crowds.

Update #2: When originally writing this post, I thought that Prof. Rael had mentioned the Cool Brick as an architectural response to “human-driven climate change”, but it might have been a misinterpretation due to Rael’s work, as a Professor at the College of Environmental Design, has had the goal of battling climate change.