Dutch designer Chloé Rutzerveld has created the Edible Growth project that uses a modified desktop 3D printer to print healthy and completely self-contained little bite size morsels of food made from multiple ingredients and even has living edible plants growing from them.

Let’s face it, 3D printed food is one of those things that no one has gotten just right yet. There have been a lot of interesting ideas, good starts and even some minor successes. But most of the successful ideas have only been great at printing with individual materials in a limited amount of food varieties. And of course everything has been made from generally unhealthy ingredients.

Edible Growth is looking at 3D printed food a little differently though. Rutzerveld decided not to think about what foods exist that could be 3D printed but focused on what foods she could create with 3D printable ingredients. She decided to focus on health, locally available and sustainable ingredients that could be created with modern technology. Edible Growth 3D prints a combination of seeds, spores and yeasts inside of a food material that allows the finished product to mature and develop flavors on its own over time rather than need to be cooked or eaten quickly. 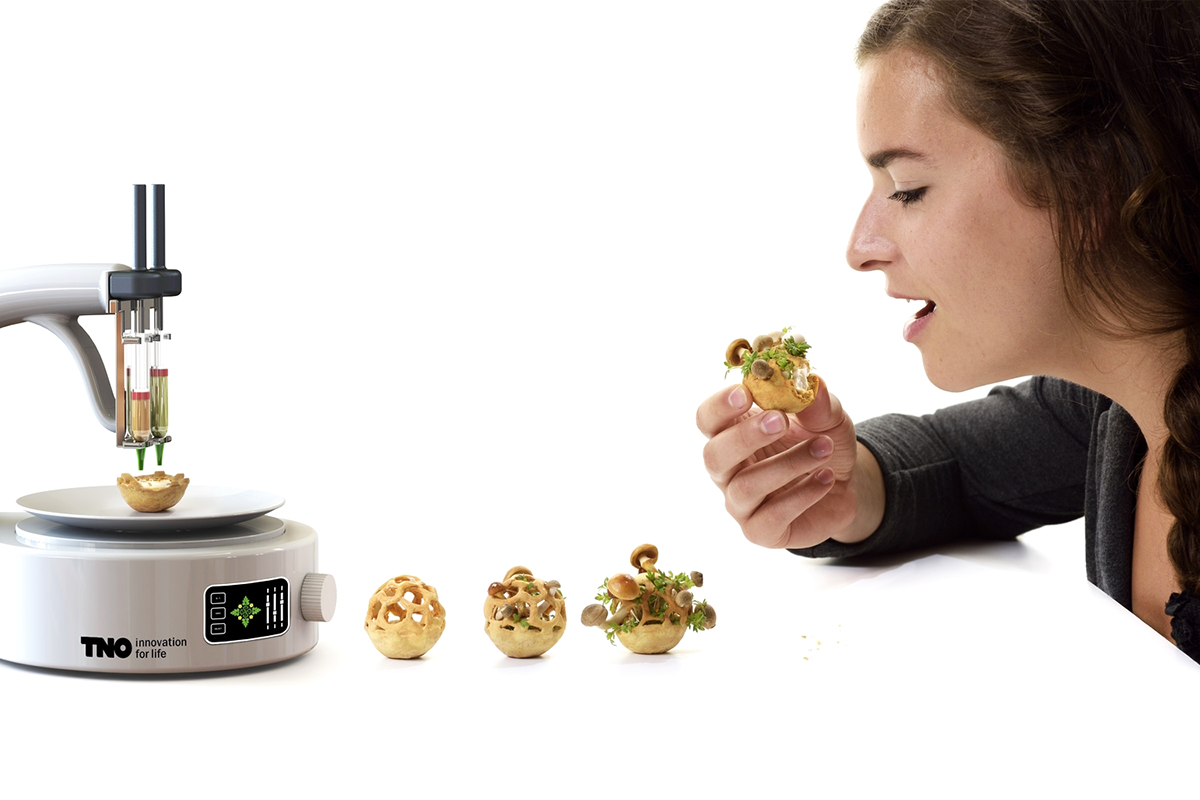 The 3D printable ingredients are used to create a small biscuit or hors d’oeuvre sized bite of food. The ‘biscuit’ starts with a base matrix created from dried fruits or vegetables, nuts or a gelatinous paste called Agar Agar made from algae. The matrix material will be infused with micro-organisms like varieties of yeast, bacteria, fungi, seeds and sprouts. The yeasts and bacteria are live cultures, so they ater the matrix in both flavor and texture and offers probiotic benefits.

The fungi, seeds and spores essentially use the matrix as a soil and will begin to sprout, this process also changes the flavor and texture of the biscuit. The matrix will then be covered by a layer of edible materials, similar to a crust. This can be printed in unique geometric shapes that make the food beautiful, but also allow the mushrooms, alfalfa sprouts or watercress planted in the matrix to grow unrestrained. 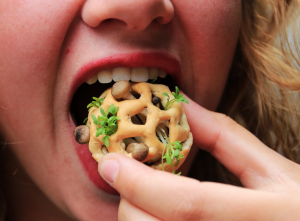 The biscuits will be ready to eat in about five days. The sprouting plants have started to grow and the yeast and bacteria has completely altered the texture of the matrix from a solid to a liquid. The final product can be consumed when the flavor and smell are most appealing to the person eating it, and will be a healthy and all natural meal solution. Sadly the project is still in the prototyping phase as Rutzerveld is still perfecting the process. She has produced some beautiful and from the looks of them delicious prototypes however.

While there are still many technological hurdles to leap before the process is safe, especially the fermenting process, it shows an incredible amount of potential. While 3D printed foods like those created for Edible Growth are probably not how most of us will eat 3D printed foods in the future, there are quite a bit of lessons to draw from the process. Specifically the idea that we can 3D print foods that contain organisms that can allow them to ‘cook’ while they are in a package waiting to be consumed is especially interesting.

So what do you think? Would you eat any of these 3D printed, living biscuits? Or is the idea of eating a mini fungus and watercress planter box a little too much for you?