Driver Hacks His Car's Computer with 3D Printing and OpenXC

Thanks to the ongoing Maker and open source revolution, and the overwhelming success of Android, large corporations are warming up to the idea of opening their products up to hacking.  And, though it’s one thing to see consumers developing apps for their phones, it’s something else entirely for an auto manufacturer to let people create mods for the computers in their cars.  But that’s just what Ford’s done with OpenXC, a hardware module that allows Ford drivers to access the data in their cars’ internal networks via bluetooth and to use that data however they please with their own Android apps. 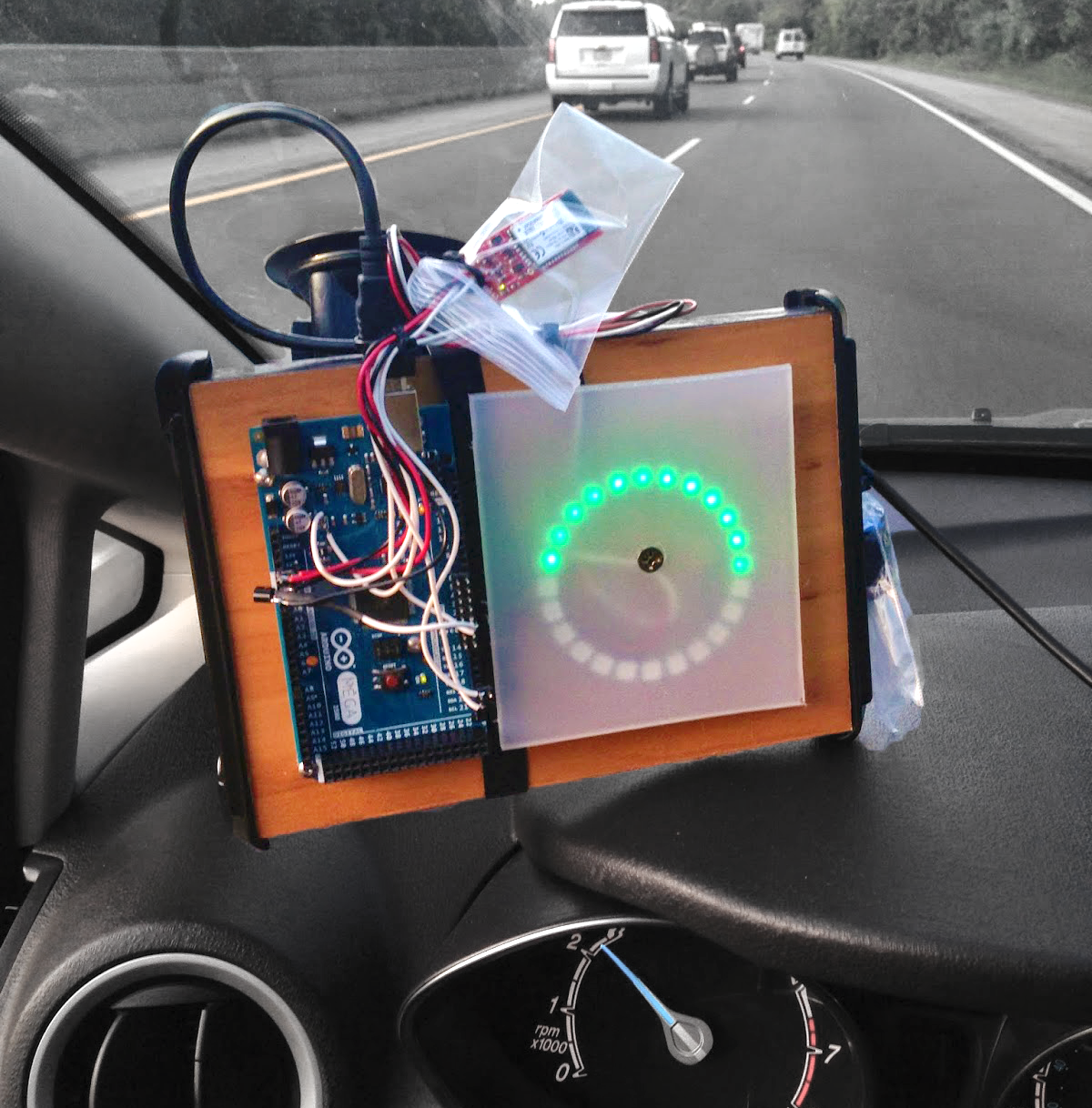 To test the OpenXC out on his Ford Fiesta, Pete Mills hacked together his own tachometer, to measure his RPMs in RGB color.  His custom tachometer, called blueShift, was first made up of a piece of wood and all of the electronics for his device, including a NeoPixel Ring with 24 WS2812 RGB LED, an Arduino Pro Mini, a BlueSMiRF Bluetooth Module, NPN transistor + 1k0 base resistor, and an FTDI cable for programming and power.  Disappointed with the unfinished look of his invention, Mills decided to do the reasonable thing and build a 3D printer just for the job. 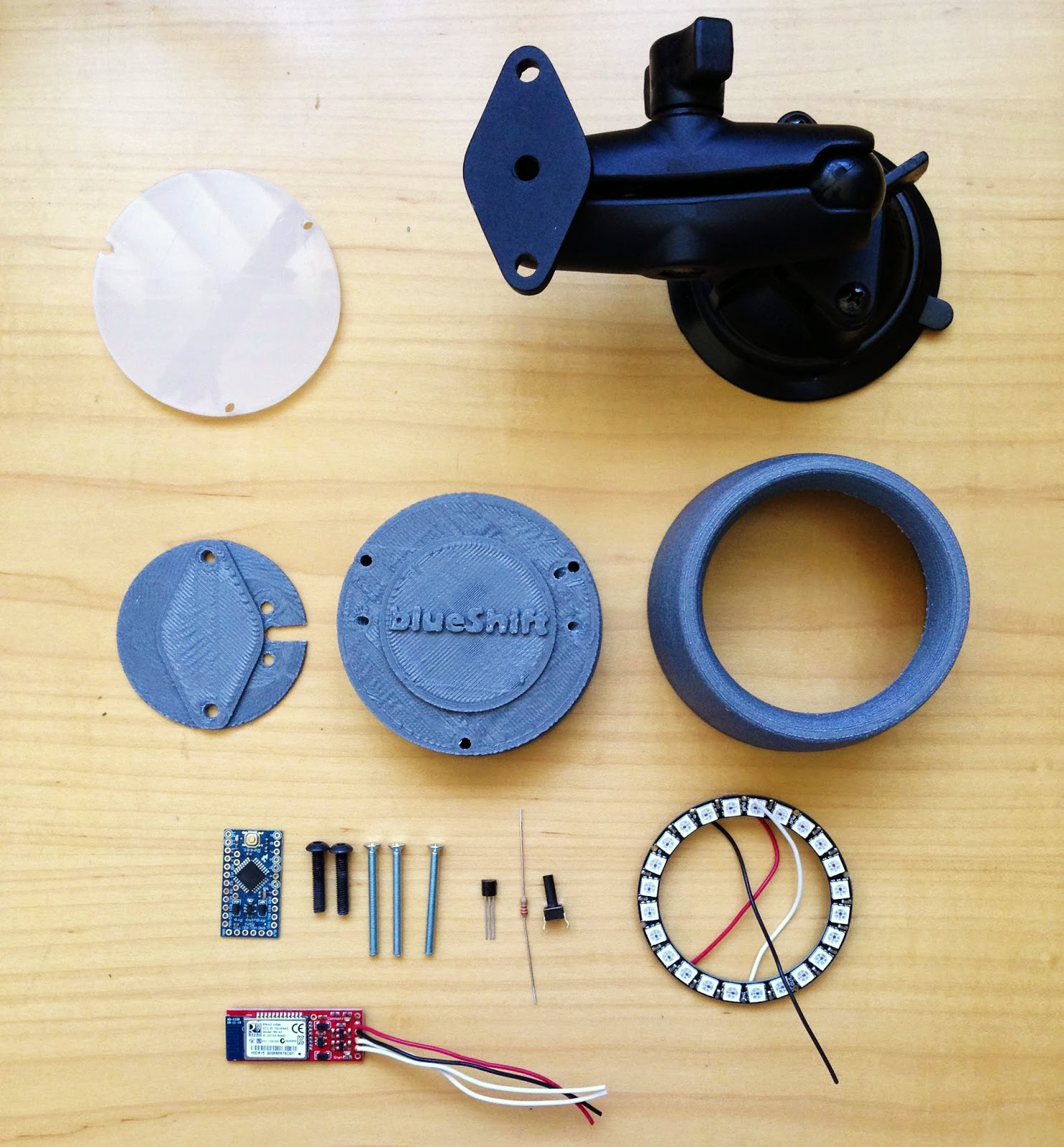 Mills first tried to design and construct his own, but soon found that the parts he would need totaled the price of an off-the-shelf kit and, instead, purchased a Prusa i3v from Maker Farm.  Together with his girlfriend, Miriam, Mills finished his printer and got to printing.  After designing his enclosure in AutoCAD, Mills printed it out and assembled the pieces, successfully creating a clean looking tachometer for a fiesta in his Fiesta.

blueShift is perfect for determining the best time to shift gears in your Ford, but could also be programmed to do other cool things, like depict your car’s mood – as long as that data can be found in its onboard computer.  If you’re interested in building blueShift for yourself, Mills has detailed instructions on his blog and the .stl file for its enclosure can be found on Thingiverse.  And, for a more detailed look at the project, you can watch Mills discuss it himself, below.