Instead of building large, gantry-style 3D printing machines, one of the solutions to the problem of scale in 3D printing has been to free printers from their boxes and build large 3D printing robotic arms.  Doing so has allowed designer Joris Laarman to 3D print his big metal Dragon Bench, along with other pieces of furniture.  Now, French company Drawn has taken this idea and run with it, building their own robotic arm to 3D print large pieces of furniture. 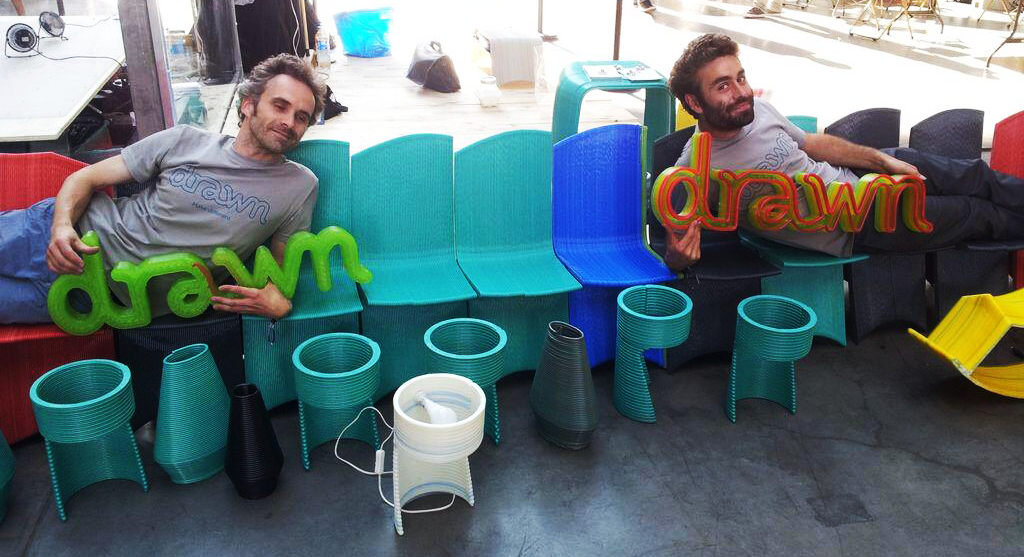 Founded by Sylvain Charpiot and Samuel Javelle, Drawn uses their giant robot arm, named Galatea, to extrude plastic into singularly beautiful pieces of furniture.  After the two met at a campus FabLab project in Lyon, they became united by a common goal of creating local-made, custom-built furniture.  With enough investment, Charpiot and Javelle were able to build Galatea. 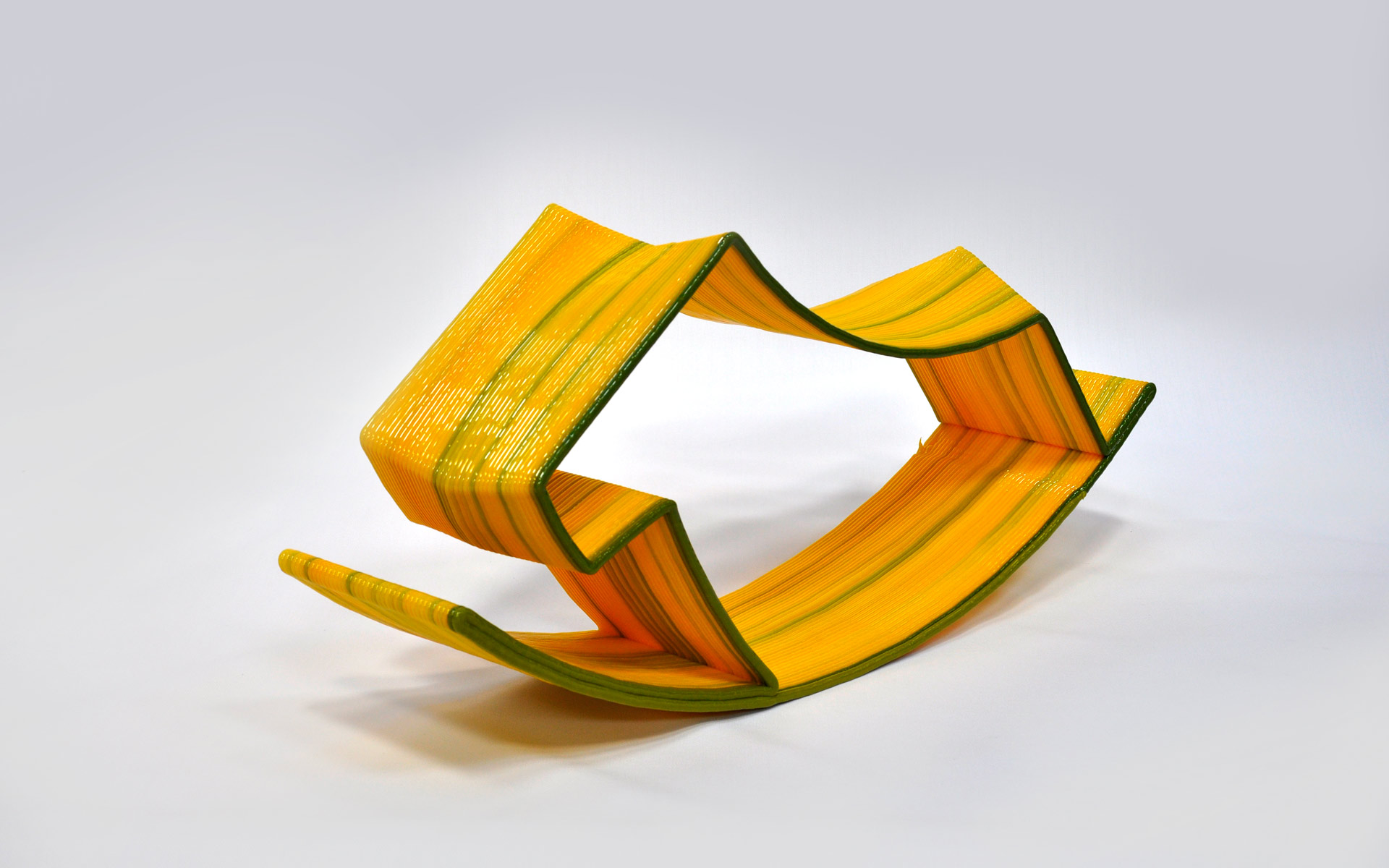 While they intend to release their own line of furniture, the duo also plans to allow other designers to use Galatea to 3D print custom designs.  Until then, they’ve been showing off Galatea and its creations at events like Maker Faire Paris. 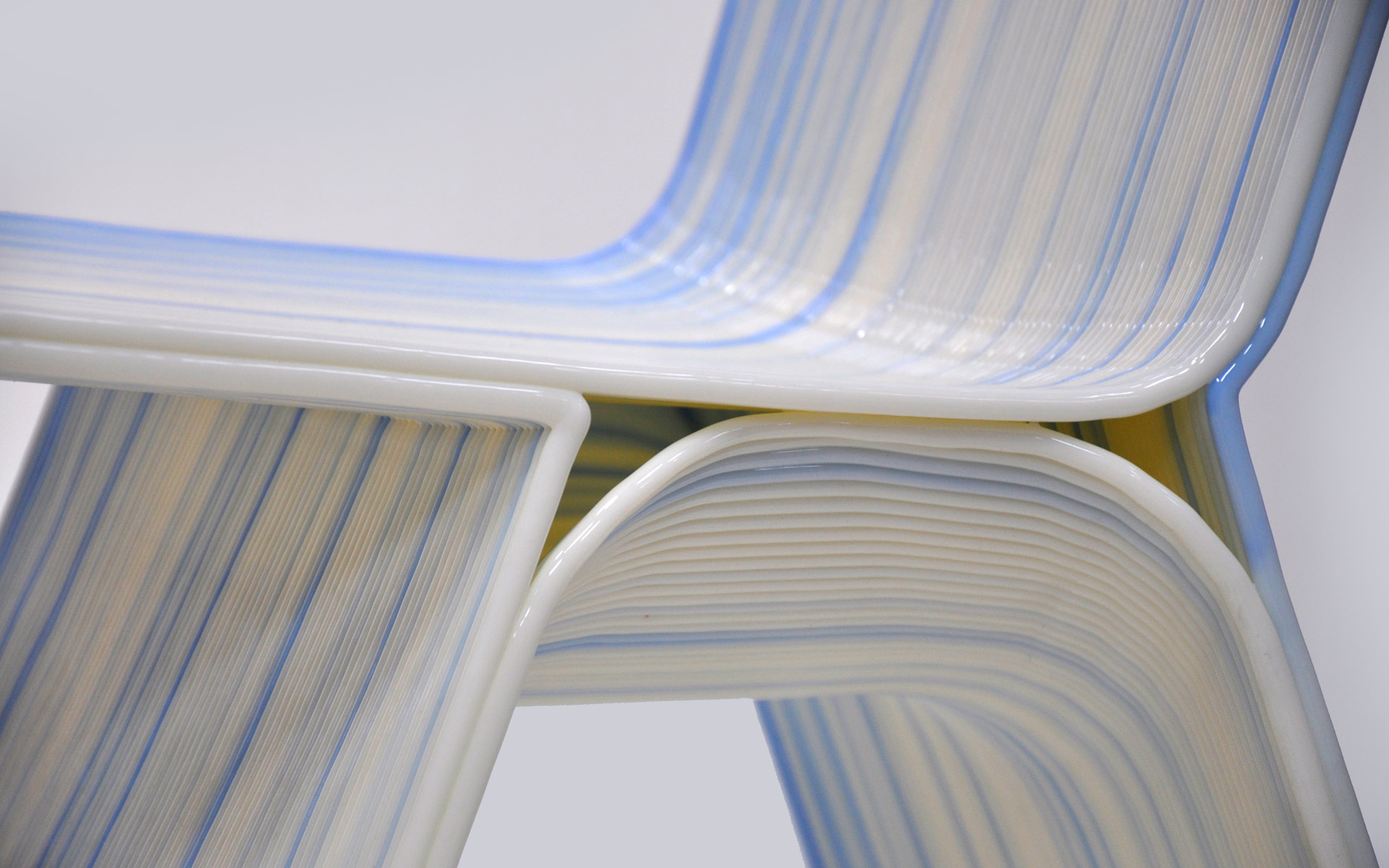 As you can tell from looking at photos of their furniture, the streams of 3D printed material works to the duo’s advantage by giving each piece a trademark ribbed effect.  At the same time, the designs of the furniture themselves are unique, fun, and colorful. But enough about what I think. What do you think?