Andy Bird, chairman of Walt Disney International has given a nod of significant recognition towards 3D printing. He predicts that every home will have a 3D printer within a decade. Whilst this author suggests this to be an over-estimate (bearing in mind that my voice tends to suggest to 3D printing insiders that they are UNDER-estimating take-up of 3D printing by virtue of a tendency to counter current mass media over-hype) it is fascinating to hear Mr. Bird say that 3D printing will “revolutionise” the media industry.

“I think every home within 10 years – probably less than that – will have its own 3D printer, just as many homes now have a 2D or laser printer. We’ll be working with technology where we can easily capture the facial features of every guest… and put it on to dolls,” Bird told the recent Abu Dhabi Media Summit. 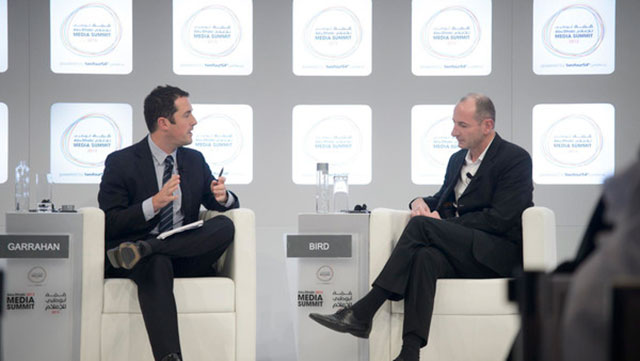 Mr. Bird added that such uses of the application could include printing Star Wars dolls with bespoke features for sale at Disney theme parks. Star Wars, which gets many a reference for our science-and-tech-hungry maker audience in 3D Printing Industry articles, is a recent addition to the Disney franchise portfolio as of October of 2012.

Iconic is an understatement in terms of the success and cultural impact of the franchise — this, combined with a probable awareness that the Star Trek franchise is currently running 3D printed custom figures on it’s website, the exampled point of reference is quite probably a savvy optimisation of the current milieu for investor impact. 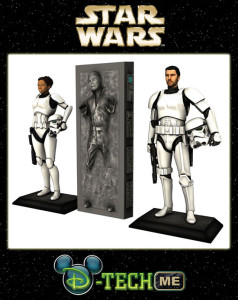 Outside of Star Wars fantasy facts such as Storm Troopers actually all being clones — thus personalisation of cloned storm troopers seems a bit contradictory, not to mention ironic — the future media impact of 3D printing could well be exampled by other applications that are more innovative than the 3DP dolls that we see everywhere already.

These could range from textured graphic novels [entrepreneurs: free ideas here…] to full 3D printed movie ‘scene-grabs’ to new methods of licensing allowing fans to create crowd-funded ideas for merchanise, and, even crowd-funded ideas for movie / TV elements themselves. What would the Star Wars Extended Universe be like if fans could design and print their own new inventions of spacecraft, alien species, that then make it (via professional computer modelling) into Star Wars 7 – 9? Lend J.J. Abrams a hand? Crowd-sourced movie elements could bring fans far closer to the universe than personalised dolls, and far closer than even computer games can.

Right, I’m going to put some intellectual copyright on that concept. Not really, I’ll leave it to Disney to copyright, valuate and merchandise the dreams of children…

The approval of a business such as Disney, which adds much genuine value to society via culture, suggests that that very culture is increasingly likely to be on a trajectory to a far more ‘3D printed future’ than cynics currently suggest.

I don’t add this for journalistic balance. I add it because I’m looking forward to the eventual rectification of outlook by Mr. Uog.

*In the process of research for this article I have apparently become truly initiated as a Star Wars, er, fan-person. I now understand that whilst Stormtroopers are indeed all clones, there are a number of different batches of clones. The closest I’m going to get to keeping the fantasy factual for fans who are reading this and care about these kind of things is the following quote from the brilliantly entitled wookiepedia.com:

‘At first, the Stormtrooper Corps was composed almost entirely of clone soldiers based on the Fett template. That included the remaining clones that were engineered on Kamino, supplemented by the millions of clones created on Coruscant and Centax-2 through Spaarti technology, and three new stormtrooper clone batches grown in the Outer Rim Territories. During this time, traces of the clones’ obsolete armour remained in the design of their new and improved armor. However, the stormtrooper ranks would cease to be dominated by Fett’s progeny after the Battle of Kamino in 12 BBY.’